The Juventus of the 1970s and 80s was full of genuine stars, names like Marco Tardelli, Michel Platini, and Paolo Rossi gracing the side, yet above every single one of them was the Captain Gaetano Scirea. “He was one of the greatest players in history,” recalled former team-mate Dino Zoff. “The most graceful player I have ever seen. He had the skill of a playmaker. He could do everything. There will never be another of his kind.”

A footballer with infinite class who was strong and kind at the same time, Scirea almost naturally took on the mantle of fair play and the healthy sporting values, adored even by fans of other clubs which highlights just how incredible he truly was. 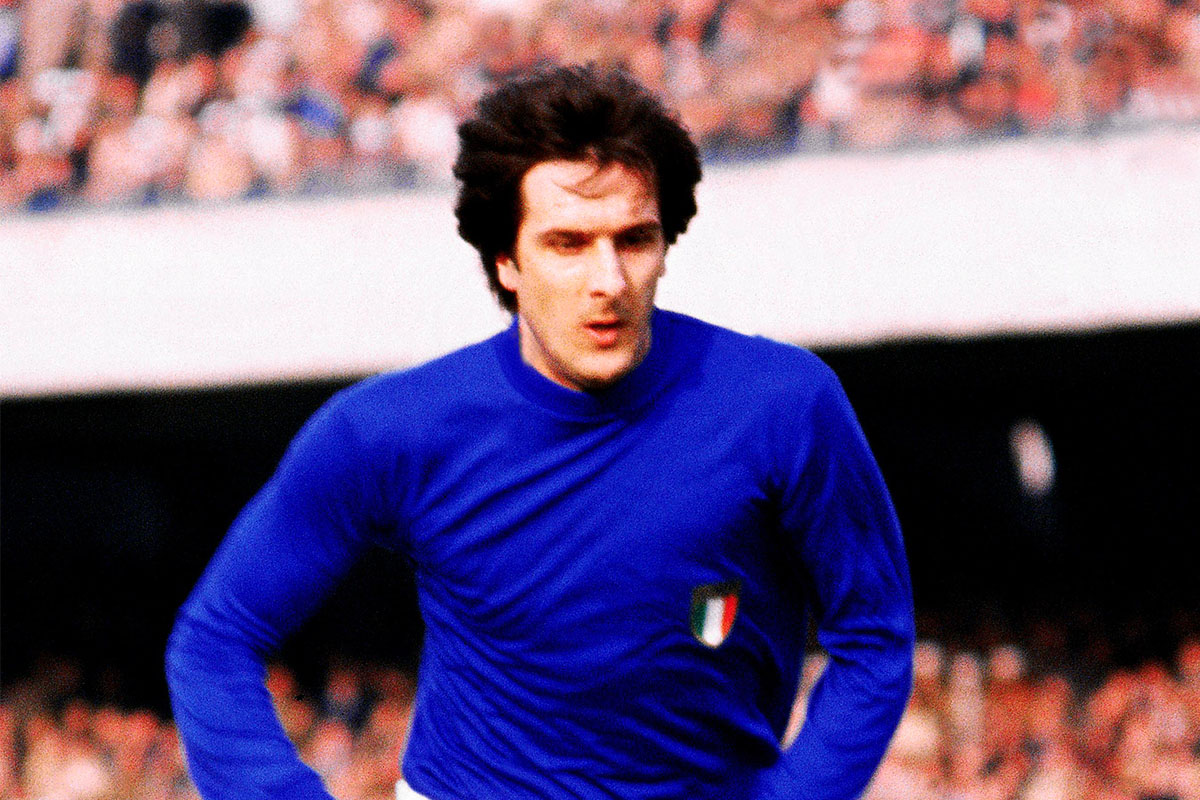 Scirea was impeccable but was no pushover. a fighter, capable of transmitting confidence and strength at the same time. Often described as a quiet leader, Zoff portrayed Scirea as “silence in a world filled with noise.” So tranquil and calm was the room the two men shared on away trips with both Juventus and Italy, the rest of the squad would label it ‘Switzerland’.

He also played for the Italian national team for more than a decade, during which he was almost irreplaceable. He somehow has gained very little recognition outside of Italy, despite being a graceful defender with superb tactical ability. In contrast to the ruthless tactics often employed by others of his generation, Scirea was renowned for his class, fair play and sportsmanship. He was never sent off or suspended during his entire career, which is an amazing achievement for a defender of international level, and says much of his temperament and skill level.

Scirea was born near to Sicilian parents, but would join the youth sector at Atalanta and immediately impress. He would make his Serie A debut for the Bergamaschi against Cagliari in September 1972, staying with the club for two season before eventually joining Juventus where he would remain for the rest of his playing career.

Replacing the great sweeper Sandro Salvadore would be no easy task, but the 21 year old Scirea immediately looked at home, helping the club overcome their struggles in Europe by helping clinch their first international trophy, the 1977 UEFA Cup against Athletic Bilbao.

From there, the trophies would flow endlessly; seven Serie A titles between 1975 and 1986 would show just how dominant Giovanni Trapattoni’s Juventus became, while Scirea would add two Coppa Italia triumphs, the 1984 Cup Winners' Cup and UEFA Super Cup before adding the European Cup and Intercontinental Cup a year later.

He would also retire – at the age of thirty-five – after joining team-mates Antonio Cabrini, Sergio Brio and Stefano Tacconi plus Ajax’s Danny Blind as the only players to win every available European trophies. He also amassed 78 caps for the Italian national team, helping the Azzurri to clinch their 1982 World Cup with some impressive performances at the heart of an amazing defence. 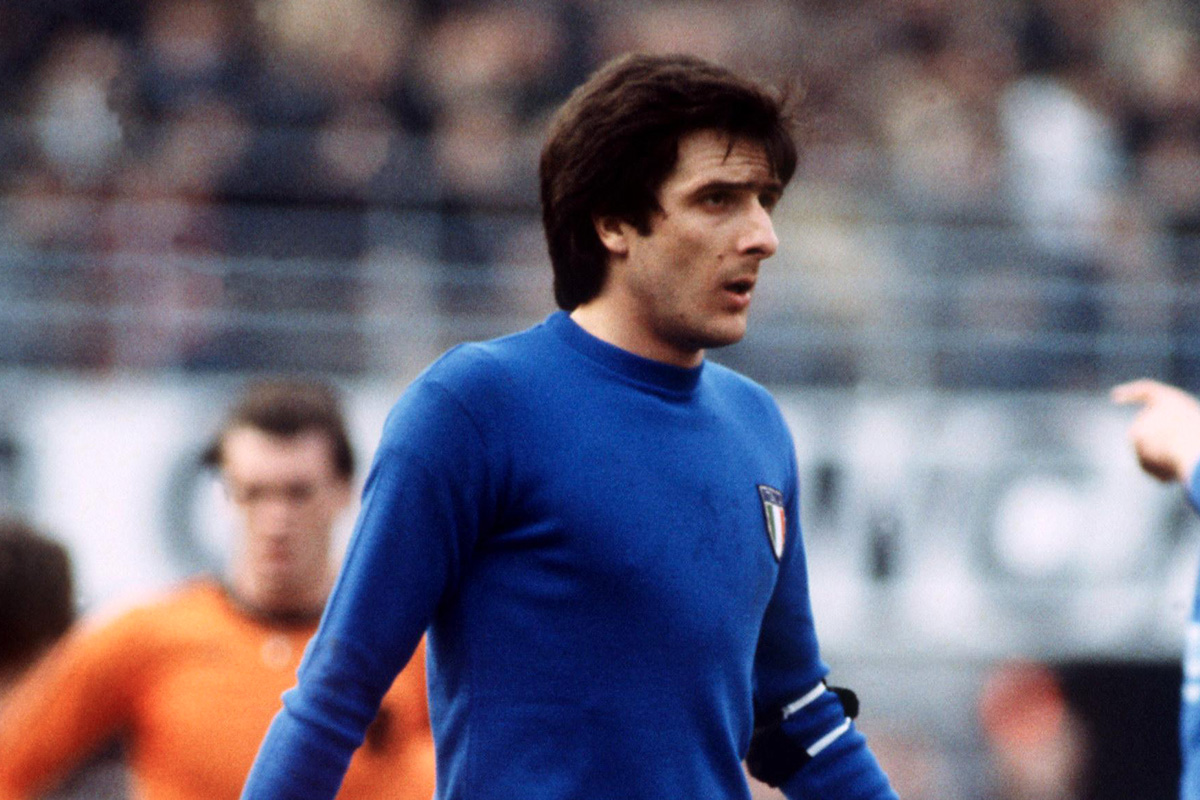 On the evening of the Heysel Stadium tragedy it was – despite Platini being captain – Scirea, who spoke on the microphone to calm the thousands of people traumatised by what was happening. The absolute and undeniable class of Scirea is the yardstick by which all Italian defenders are judged. He was calm and Baresi-esque before Franco earned his first cap, yet that sickening night in Brussels was not the last tragedy to touch the iconic defender.

Upon the end of his playing days, Scirea took up a role as a scout with the club. A role suited to lending his incredible ability to read the game to identifying potential dangers. In September 1989, he was dispatched to Poland to assess Górnik Zabrze, who had been drawn against Juventus in the first round of that season’s UEFA Cup competition. Travelling the roads at that time of year was often risky, and the car carrying him collided head-on with a truck near Babsk. The crash was made worse by canisters of gasoline in the car – common practice at that time due to frequent fuel shortages in Poland – exploding upon impact.

Scirea and two of three other passengers were killed instantly, sparking an outpouring of emotion across the peninsula that very few players could illicit. Former Azzurri boss Enzo Bearzot proposed the retirement of his number six shirt. Juventus left it unused for many years after the event, deeming it too big a task to ask anyone to follow in the great man’s footsteps. His name has become attached to numerous youth tournaments and fair-play awards, citing his status as a role model for sportsmanship and sporting excellence. Juventus dedicated the Curva Sud, where the club’s Ultra gather, to his memory.

As if forcing Baresi to sit and watch him shine at the 1982 World Cup was not enough, anyone that doubts the greatness of the Juventus Captain should think of the endless list of legends who’ve worn the Juventus shirt. They should then realise that above all these Balon d’Or and World Cup winners, the Curva was named for “Our Gai,”  a fact tells you all you need to know about the man known simply as “Il Capitano.”

The 5 Best Italian Defenders of All Time – No.5