One of the most defining moments of the 1990s is Kevin Keegan, headphones on, close to tears pointing his finger to no-one in particular and proclaiming that he would “love it” if his Newcastle United side pipped Manchester United to the league title, “LOVE IT!”

But that famous rant was only half the story in one of the greatest title races of its time.

During the period where we still called football the ‘whole new ballgame' and against a backdrop of Britpop and alchopops, the 1995/96 campaign was the season that promised so much and delivered even more.

In August 1995, Alex Ferguson’s Manchester United were still recovering from an agonising end to the previous campaign which had seen them lose the title and the FA Cup in a week, while Eric Cantona was waiting in the wings after being served with a nine-month ban for his actions at Crystal Palace back in February.

Meanwhile, Newcastle were making a name for themselves as the nation’s ‘entertainers' under the guidance of Kevin Keegan.

Just three years earlier they had won promotion to the Premier League, having narrowly avoided relegation and they were about to win over the public with their cavalier brand of football.

If that wasn't enough the Magpies had then finished third in their first season back in the top flight under the man who would had always been worshiped on Tyneside, Kevin Keegan.

It was their highest league finish for almost 70 years, and under their enigmatic coach Newcastle actually looked like they could be the team to challenge Manchester United as the new season approached.

That summer, Mark Hughes, Andrei Kanchelskis and Paul Ince had all left United much to the amazement of fans, who were somewhat miffed that nobody had been brought in to cover the losses.

Instead it seemed United were going to do things slightly differently if they were win their third title in four years, having missed out in the most dramatic circumstances at West Ham in the final game the season before.

But Alex Ferguson was beginning to favour youth over experience, putting his trust in what we know now as the “Class of '92” and many were worried at just what might unfold over the following nine months or so.

So when Ferguson’s men travelled to Villa Park on a roasting hot day in August for the opening day of the season it was more out of trepidation than supreme confidence as United fielded a side blighted by injury and suspensions, but also one which contained a large number of rookies.

When United  found themselves 3-0 down by half time, the nation could be heard saying, “I told you so,” and even a consolation goal in the second half did little to alleviate the concern.

Later that night, Alan Hansen would famously claim on Match of the Day that United would “win nothing with kids.”

Newcastle, on the other hand, started off like greyhounds rather than magpies, continuing from where they had left off the season before, a campaign that had seen them score 82 goals in 42 games.

With new signings Les Ferdinand from Queens Park Rangers and David Ginola from Paris Saint-Germain, not to mention ‘keeper Shaka Hislop and England defender Warren Barton, their mantra was very much ‘if they score two, we’ll score three,' thanks to a free-flowing 4-4-2 system which encouraged exciting wing-play.

They won nine of their first ten games, most of which were high scoring encounters as the club stormed to the top of the table, as the nation began to sit up and take notice of a new force in the game.

“It was the opening game of the season,” former England midfielder Rob Lee later recalled.

“The sun was shining, the atmosphere at St James’ Park was electric and we were 2-0 up – although it could have been quite a few more. I remember thinking: ‘We’ve got a very good team here.’”

It wasn't long before Newcastle were joined by Ferguson’s men though, as his faith in the team which had blown all before it out of the water at youth level began to pay off in the big leagues.

After what could politely be called a shaky start, United would not lose again for another 11 games, partly thanks to the welcome return of Eric Cantona, who burst back onto the scene in the 2-2 draw with Liverpool after his elongated ban following the fracas at Selhurst Park back in February.

United had been propelled up the table thanks to a run of eight wins and two draws which had given this new generation of United players, not to mention the supporters, a real boost. For once there was a genuine belief that this group of fresh-faced footballers could actually make a fist of a title challenge.

It wasn't all chocolates and roses though. Things started to unravel as Christmas approached as United failed to win throughout November and December, a run which included two painful defeats; one at Anfield to Liverpool and then Leeds United on Christmas Eve as well as a heavy 4-1 loss at White Hart Lane on New Year’s Day.

To make things worse, Newcastle were now beating whoever was put before them as they looked to capitalise on United's dramatic slump.

So when the two met at Old Trafford on a bitterly cold night on 27 December, it would begin an incredible tussle that was to last for the next four months. 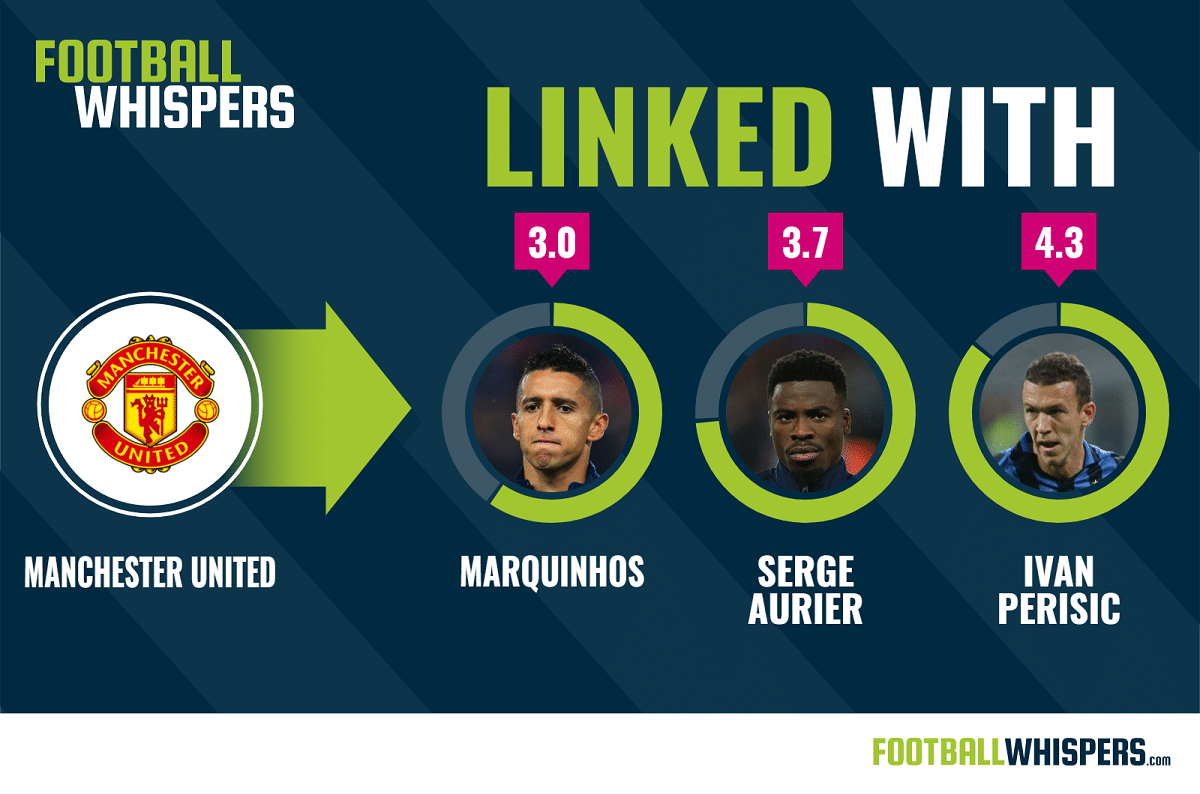 Ten points behind their title rivals, nothing less than a win would keep United’s faint hopes alive and it was former Newcastle striker Andy Cole who opened the scoring after six minutes on the way to a 2-0 victory that would set in motion one of the greatest title run-ins the Premier League has ever seen.

Thanks to their newfound confidence United went on an incredible run of just one defeat in 15 league games, which saw them quickly on the heels of their North East rivals as the season reached the business end.

Newcastle, on the other hand, had been rocked despite the addition of Colombian Faustino Asprilla, who many feel actually upset their equilibrium rather than consolidated their march towards the championship.

So when the teams met in March at St James’ Park, unlike the previous encounter, which had seen United desperately trying to keep in touch with Newcastle, it was now they who posed the greater threat, just four points adrift, knowing that victory would put them in the driving seat.

Another thrilling tussle ensued and saw United somehow return from the North East with the spoils courtesy of an opportunistic Cantona strike and an inspired performance from Peter Schmeichel – there was now just a point in it.

By Easter, Newcastle resembled a boxer whose legs had gone.

They won only two games out of eight in February and March, a run which included that defeat to United, as well as a famous capitulation at Anfield in one of the games of the decade. Twice the Magpies were ahead and twice they would surrender the lead, only for a last-minute Stan Collymore winner to really deliver the hammer blow.

Defeat at home to Blackburn Rovers on Easter Monday saw Newcastle once again surrender the lead late in the game as their rivals continued to grind out results any which way they could.

They did manage to rally and win three straight games, but the damage looked to be done as the season entered its final stages.

In truth, Newcastle's gung-ho approach, an inability to defend and a genuine lack of title-winning experience ultimately proved to be their downfall.

Unlike their title rivals, they found it increasingly difficult to grind out results, particularly away from home, with just one of their eight defeats that season coming at fortress St James’ Park.

The pressure was now well and truly on and as United’s form improved and Newcastle’s nosedived, Ferguson decided to play his trump card by suggesting teams like Nottingham Forest might not try as hard against Newcastle as they did against his side.

After victory at Leeds at the tail end of the season, Keegan snapped during his post-match interview with Richard Keys and Andy Gray.

“When you do that with footballers like he said about Leeds, and when you do things like that about a man like Stuart Pearce.” he blasted.

“I've kept really quiet but I'll tell you something, he went down in my estimations when he said that. We have not resorted to that. You can tell him now, we're still fighting for this title and he's got to go to Middlesbrough and get something. And I'll tell you, honestly, I will love it if we beat them. Love it.”

Whether Ferguson’s words had made any kind of impact on Stuart Pearce or Nottingham Forest we will never know, but a late equalizer from Ian Woan at the City Ground on 2 May in Newcastle’s penultimate game meant the title was now out of the Magpies' hands.

Astonishingly, United had pulled back the huge point deficit they faced at Christmas and, despite a 3-1 defeat to Southampton at The Dell in April, which saw the United players change shirts at half time, their superb run meant their destiny was now in their own hands.

United beat Leeds in midweek and then demolished Nottingham Forest 5-0 in their final home game, meaning that a win at Middlesbrough would give them and their youngsters the Premier League title.

Any early nerves were soon settled thanks to a quick David May goal, the first of three that United scored at The Riverside that afternoon, and with Newcastle failing to win their final game at home to Spurs, the Red Devils were indeed crowned champions for the tenth time in their history – something nobody, especially Mr Hansen, could have predicted back in August.

If that wasn’t enough, Eric Cantona’s late strike against Liverpool at Wembley the following weekend in the FA Cup final secured a second league and cup double for United, the first team ever to do so. Proof, if it was ever needed, that the kids were in fact alright.