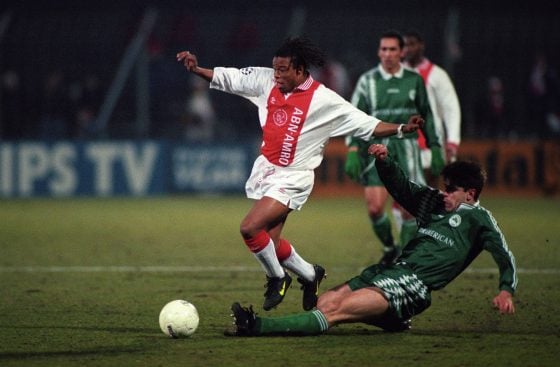 The Ajax Youth Academy has quite simply produced some of the best players the world has ever seen.

Many have won countless trophies throughout their careers, with much of their success coming from years of perfecting their game during their youth while at Ajax.

Are these the 10 best players to come from the Ajax Youth Academy?

Former Dutch attacker Rafael van der Vaart sits fourth in the all-time appearance list for the Netherlands, helping his country reach the 2010 World Cup final. At club level, he made a huge impact at the likes of Tottenham Hotspur, Hamburg and Real Madrid, with those spells following his highly successful period at Ajax.

The name Johann Cruyff is synonymous with the beautiful game, with the former forward known all over the globe for his famous displays in the final third, most notably with Ajax, but also with Barcelona and the Netherlands national side. He netted an astonishing 270 goals in 369 appearances for Ajax, with the club recently naming their stadium after their much-loved legend.

Undoubtedly one of the leading midfielders of his generation, Clarence Seedorf enjoyed a long, successful career after starting out at Ajax. Real Madrid and Inter played host to his stunning ability, but his best performances were perhaps saved for the black and red stripes of AC Milan.

Edgar Davids was another world-class midfielder to have taken his skills to the very top, and another to have started out in the Ajax Youth Academy way back when. Juventus and the Netherlands also witnessed his special talents up close.

With a record 603 appearances for Ajax, Sjaak Swart was a loyal, one-club man, and of the greatest to ever pull on the famous jersey. Not only was he crucial in their constant success in the league throughout the 60s and 70s, but he also played a key role as the Dutch side won three successive European Cups between 1970 and 1973.

Former Ajax star Christian Eriksen is currently hitting the headlines, seemingly making up his mind between a move to Manchester United and another campaign at Brentford. But long ago, the Dane made the number 10 role his own in the Netherlands, lifting three Eredivisie titles before his move to Spurs. 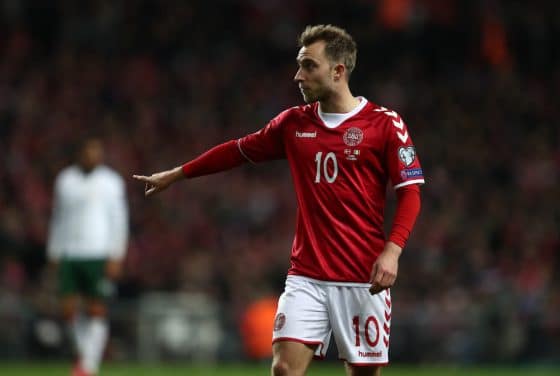 After 10 years as an Ajax youth, Frank Rijkaard quickly proved to the powers that be that he was a special player. Almost a decade in the first team followed, across two spells, with the defensive-minded player lifting five Eredivisie titles with the club, along with the 1994/95 Champions League.

Arsenal icon Dennis Bergkamp is another to have lined out for the Amsterdam outfit, where he helped the club to a league title and a UEFA Cup title. But it was perhaps in north London where he did most of his damage in front of goal, scoring goal after goal and lifting trophy after trophy with the Gunners.

Frank de Boer spent a decade in the Netherlands, helping the Dutch outfit to five league titles, a Champions League and a UEFA Cup. He sits sixth in the club’s all-time appearances list, and third in the list for the Netherlands, such was his importance to both club and country.

With 134 appearances, Wesley Sneijder is the most capped Netherlands player of all time, and is widely regarded as one of the best midfielders of his generation. After graduating from the club’s renowned academy, he spent five years in the Ajax first team, before starring for the likes of Inter Milan and Real Madrid.

Which other Ajax academy graduates deserve a mention?

Dominating the news lately is Barcelona midfielder Frenkie de Jong, who is reportedly top of the list when it comes to Erik ten Hag’s targets. Previously, however, the Netherlands international was much-loved during his time in Amsterdam, winning the league and cup double in 2018/19 before a big-money switch to Spain.

Another to have made a direct transfer from Ajax to Barcelona is Sergino Dest. After many years progressing through Ajax’s youth ranks, the defender needed just one season in the first team to convince the La Liga giants to make their move.

Of the same generation is fellow defender Matthijs De Ligt, who also lifted the league and cup double after spending several years working his way through the Ajax ranks. This time it was Juventus who came in hot in the summer of 2019, with the youngster quickly becoming a key part of the Serie A outfit’s defence.

Belgian trio Jan Vertonghen, Toby Alderweireld and Thomas Vermaelen have also enjoyed hugely successful careers for club and country since graduating from the Ajax academy. And current Ajax defender Daley Blind is another who has enjoyed a superb career for both club and country, with that career starting out in Amsterdam.

Slightly further back, but equally impressive during his time at Ajax, Patrick Kluivert is another name that supporters of the club will remember fondly. He won two Eredivisie titles and the 1994/95 Champions League during his three years in Amsterdam.

Who is the current generation of Ajax academy graduates?

Perhaps the current generation of Ajax Youth Academy graduates is best looked at through those who are still at the club, and those who have already left in search of a new challenge.

When it comes to the former, the likes of Jurrien Timber and Devyne Rensch stand tall. Man United remain keen on 21-year-old Timber, while Rensch is also attracting interest from abroad. Also on the exciting roster are Kenenth Taylor, ​​Perr Schuurs and Liam van Gelderen.

But the list of those who have already departed is just as, if not more impressive. Hugely talented midfielder Ryan Gravenberch is perhaps top of the pile, recently making the headlines after a switch to German giants Bayern Munich. Impressive right-back Noussair Mazraoui will make the same move next month.

He joins another ex-Ajax player in Germany in left-back Mitchell Bakker, who is currently at Bayer Leverkusen after a spell with PSG. Sven Botman is another to have been brought up in the famous academy. The 22-year-old is now in France with Lille, but could be announced as a Newcastle player very soon. 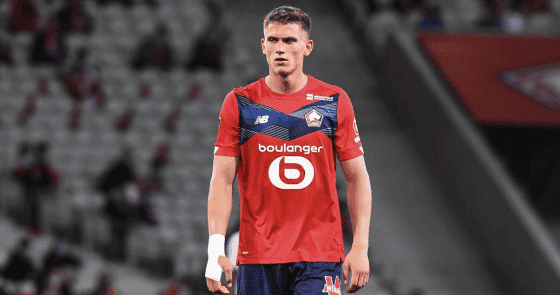