Carlos Tevez’s career has not been uneventful. He has won titles in England and Italy. He has played in Brazil and China. And he has been at the centre of several controversies, all of which have only added to the intrigue surrounding him.

He is 34 now and back at his boyhood club, Boca Juniors. It has always seemed that he has only been truly comfortable when playing in his homeland, that he was oddly out of place elsewhere.

That did not stop him from scoring prolifically, though.

Tevez’s career has now come full circle. He is settled at Boca and could soon add another Copa Libertadores title – 15 years after his first – to his list of silverware. It would be a fitting finale, after a career of constant drama and incident, if he were to help his team win South America’s most prestigious trophy on his return. 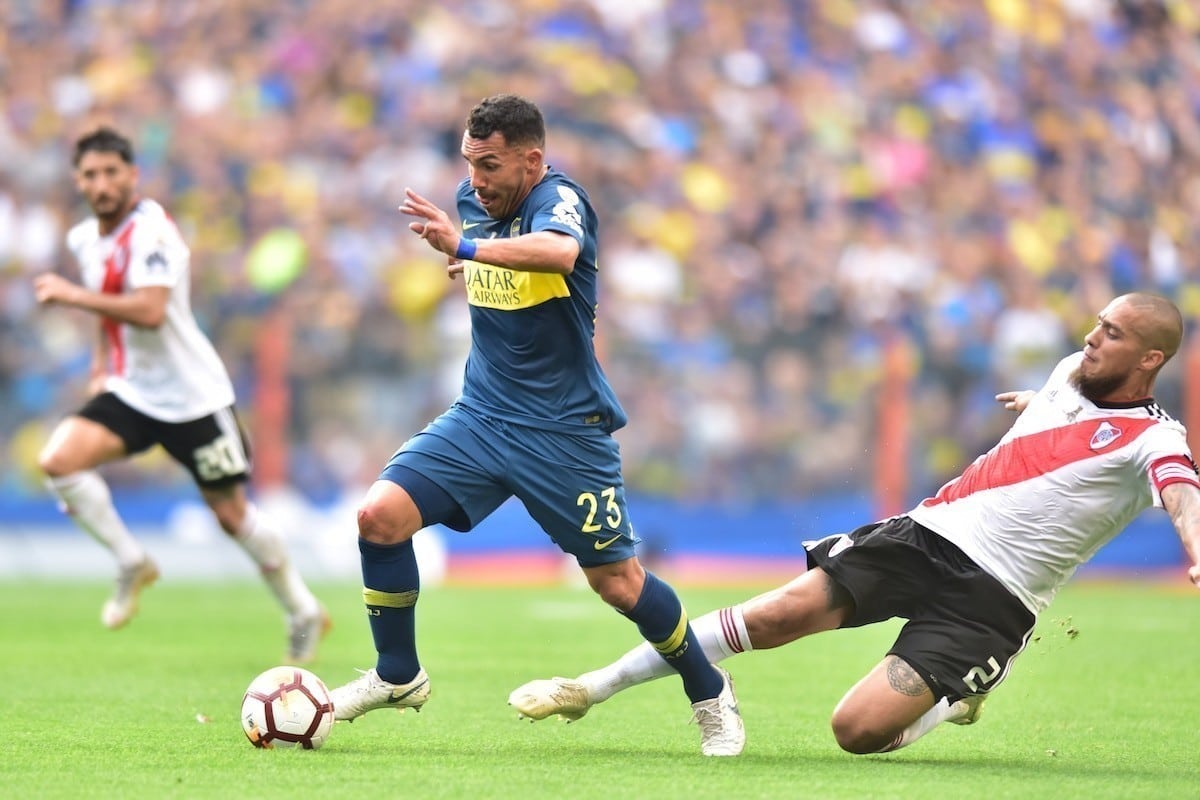 In the first leg, a 2-2 draw against arch-rivals River Plate at La Bombonera, Tevez was introduced as a second-half substitute. He may not have started but his presence was still felt. At Boca, he is a club legend, and he will remain so regardless of the outcome of this weekend’s second leg. If he inspires his side to victory, though, he will be deified.

“People's love for Tevez is huge, it is endless because it comes from the deepest [part of] their heart,” Boca manager Guillermo Barros Schelotto said in the build-up to Saturday’s game at El Monumental.

“Since the very first time Carlos started to play with us, and every time Carlos comes to play or close to the goal they will cheer him up with chanting, and I totally welcome that motivation for him because it helps to prepare him mentally for the final.”

There would be something romantic about a win for Tevez and Boca. The Argentine, throughout his career, has not always been admired; in fact, he has at times been actively disliked. He has been a divisive figure everywhere but at Boca, where he is unanimously loved.

That is not to say that he is guaranteed to start against River. Tevez has been often been used as a substitute this season, and Schelotto is not the sentimental type.

“Today I have to experience things from outside and not inside the field,” Tevez has said. “I have 26 titles and I put everything to the side for the glory of this club, and that's something everyone must understand.”

When Tevez does get his chance, though, expect him to be at the centre of things. He still plays with the same intensity, the same dogged persistence. He still works relentlessly for his team.

And this game, for player and club, means more than any other.