This is a preview of the first leg of the Champions League qualifiers between seeded Sheriff Tiraspol and unseeded Teuta Durres. The match will take place at the Stadiumi Niko Dovana.

Teuta Durres prepared for the Super Cup final with a 6-1 win over Apolonia Fier and they will be taking on Vllaznia Shkoder in the final, which comes just after the Champions League commitments. Sheriff had a disappointing start to the Divizia Naționala campaign following a 1-0 home defeat against CSF Balti. The top tips for this game are:

Sheriff had a disappointing start to the league campaign and this will be a major demoralising factor. Furthermore, the team from Moldova has not particularly done well in the away Champions League games. This will be Teuta Durres’ first involvement in the Champions League and there will be some nerves on the pitch. Furthermore, the team also has to keep one eye on the Super Cup meeting with Vllaznia Shkoder.

Teuta Durres have been involved in some very inconsistent results at home. Even though there have been some big wins like the 4-0 success over Bylis and 6-1 win over Apolonia Fier, there have also been some defeats with no goals from the hosts. Sheriff have struggled in Champions League away matches. Both teams are struggling to a certain extent, this match might see a low turnout of goals.

Sheriff have at least a goal in three out of the last four Champions League away matches. They are up against a very inconsistent Teuta side, who are among the unseeded newcomers to the competition. The hosts are likely to have a certain degree of nervousness which will provide a window of opportunity for Sheriff. Meanwhile, the Moldovan outfit have also been unable to get a clean sheet in the last four Champions League away matches.

Teuta have already been through a decent amount of activity during the summer window and the club are building up anticipation ahead of the Super Cup final appearance. Before the Super Cup commitments, though, the Champions League takes precedence for the team who have never been in this competition before. Up until now, the performances in the Europa League qualifying stages have not been great for Teuta, who have had a tendency to suffer big defeats.

Sheriff have a lot of history in the Champions League after having been a consistent name in the qualifying rounds for a while. However, the team has never been able to get past the fourth round – something that they managed during the 2009-10 campaign. In recent seasons, the second round has been a ceiling for Sheriff, who have reasons to worry after starting the new domestic campaign with a defeat.

FAQs on Teuta Durres vs Sheriff 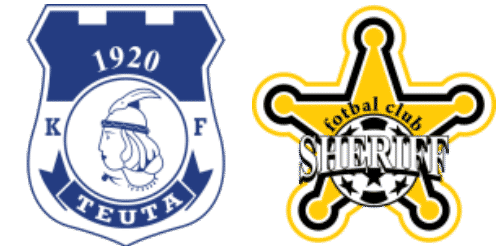 Which team is the favourite to win? Sheriff