Tanzania and Bernin meet at the Benjamin Mkapa National Stadium for their next WC qualifiers. Both teams have accumulated similar results in the group stage so far, one win and one draw.

Here are our predictions for Tanzania vs Benin.

Tanzania are in much better form than their next rivals in the recent matches. The hosts' have won three of their last five matches, losing just once. Moreover, the Taifa Stars are also unbeaten in their last six home games. On the other end, Benin has registered only one victory in the previous seven games and should find it difficult to surprise their rivals. We expect Tanzania to exploit the lead in this match.

Tanzania and Benin have scored seven and four goals, respectively, in their last five matches. The previous meeting between the teams yielded only two goals as the match concluded with a 1-1 final score. Furthermore, only one of the last five matches has shown over 2.5 goals for both teams respectively. So in our estimation, the outcome of this match will also be restricted to under 2.5 goals.

The hosts have been able to put their name on the score sheet since the last six home games. In addition, they are scoring consistently in the last four matches. Tanzania also has been quite solid at the back, conceding only four goals in the last five matches alongside two clean sheets. Benin has lost the offensive thrust in the recent matches, allowing us to foresee just the hosts being able to score in this match.

Tanzania vs Benin: Check out the best odds and the latest stats

Match Preview of Tanzania vs Benin: Tough away fixture for the squirrels

Taifa Stars were held to a draw in the first half of the last game, but the young player Feisal Salum helped the team to take the lead as 3-2 at 53rd minute. The manager Kim Poulsen would be satisfied with the team’s recent results has managed to get three victories in the last four matches.

The Squirrels secured victory in their opening game of WC qualifiers but lost the momentum again with the draw against D.R. Congo. The team is still second in group J but needs to be disciplined in every aspect of the field for better results.

Questions About Tanzania vs Benin 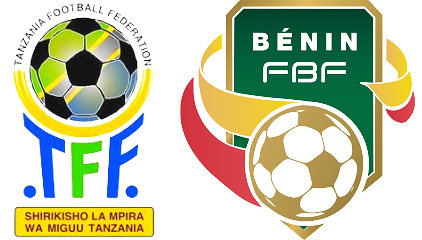 Where is the game being played? Benjamin Mkapa National Stadium (Dar es Salaam).