Heading into Liverpool's Champions League clash against Red Bull Salzburg at Anfield, Erling Haaland was the main topic of conversation.

The match was the young striker's first opportunity to show that he could do it against the very best with the reigning European champions playing host. And while the 19-year-old scored, all the post-game talk centred around another Salzburg player.

The Japan international was everywhere on the night and finished the game with a goal and an assist. His strike was a well-taken volley from the edge of the area and his assist was one of great speed and awareness, but this output was a bonus. What really caught the eye was everything else.

Minamino was a general nuisance. He constantly closed down Liverpool players and was forever popping up in pockets of space and running the channels without the ball.

In possession, he was direct and aggressive. On one occasion, Minamino picked the ball up inside his own half and carried it 40-yards while evading a Jordan Henderson challenge. He was relentless.

The 24-year-old followed that showing up with another eye-catching performance in the home tie against Liverpool. Salzburg may have lost both games but many of their players used the matches as a chance to audition.

As a result, Wolverhampton Wanderers are reportedly keen on Hwang Hee-chan while Manchester United have joined Serie A and Bundesliga clubs in the queue to sign Minamino.

However, it might be too little too late  with James Pearce of The Athletic claiming it is highly likely the Red Bull Salzburg No.18 joins Liverpool next month.

The former Cerezo Osaka attacker is believed to have a release clause in his deal set at around £7.25million. That is a drop in the ocean for a Premier League side.

Yes, Minamino is untested outside of Austria but he’s impressed in the Champions League this term and his playing profile lends itself to many sides, none more so than Liverpool. 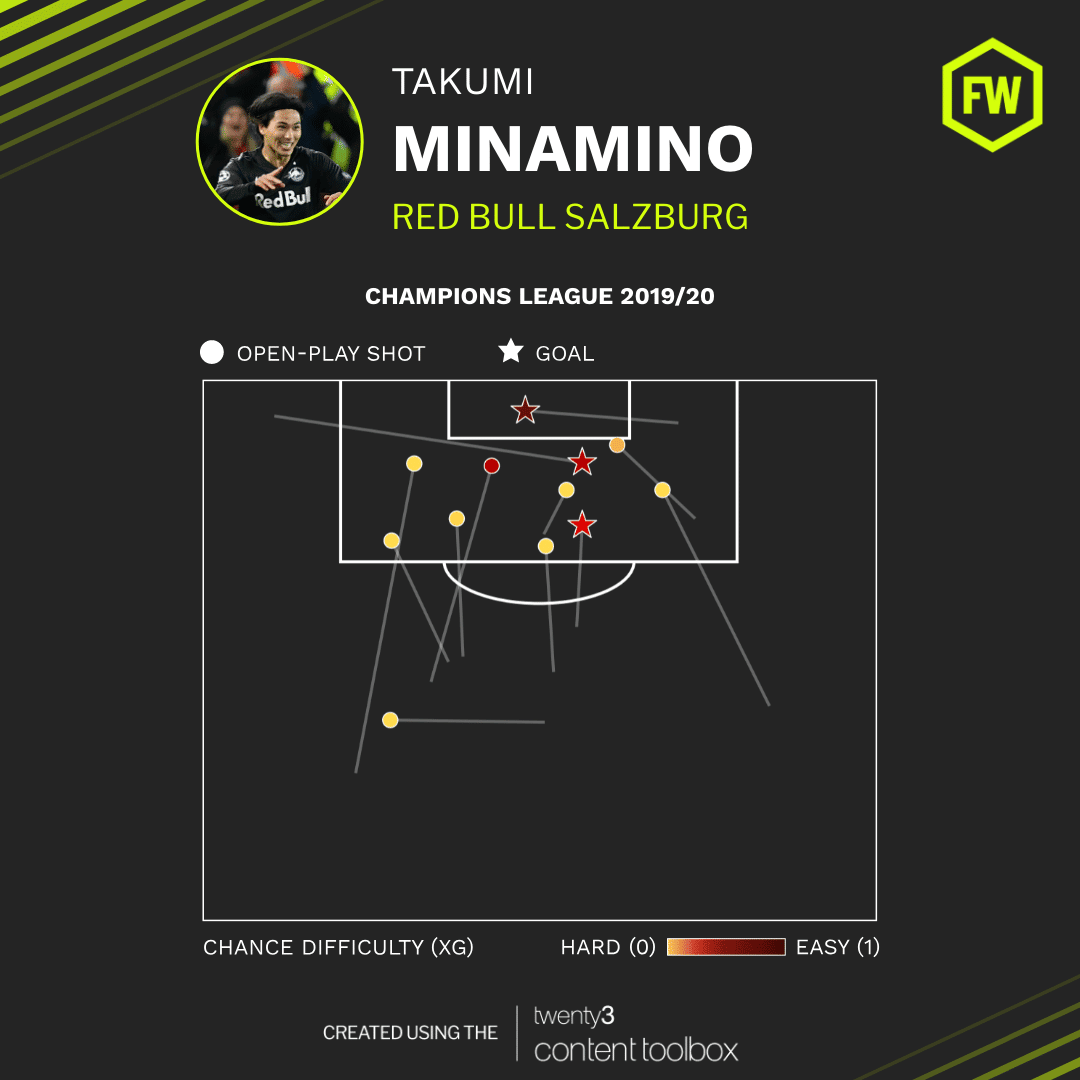 Signing the versatile forward is a no brainer. Jürgen Klopp loves multifunctional players and Minamino is as flexible as they come. Capable of playing anywhere across the front three, he can also be used as an attacking midfielder or as a number eight in a midfield trio.

After the seven-goal thriller on Merseyside, fans joked that Minamino could evolve into Roberto Firmino if he turned out for Liverpool. That could soon be a reality.

They share countless similarities. From the roles they’re utilised in and positions taken up on the pitch to their selflessness nature. Supporters have always dreaded the day it’d be time to replace Firmino because there are very few like him.

But in Minamino they’ve potentially found a long-term successor; the facilitator needed to make this Liverpool team function effectively. He offers depth throughout the squad and would give the German tactician a number of options moving forward. 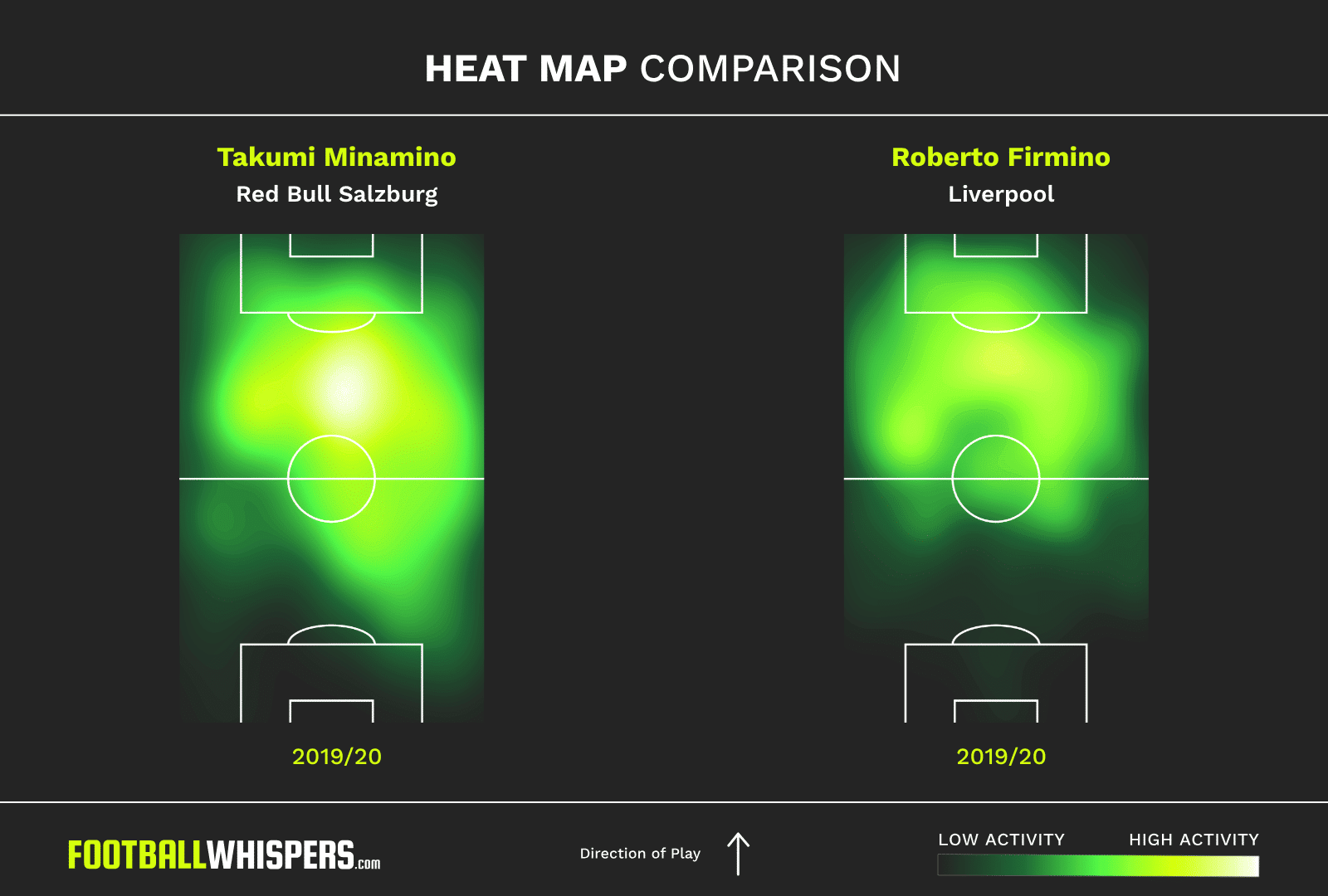 His shot from Champions League matches highlights his intelligence. He's not taking low-value efforts and is instead looking to get into the penalty area before unleashing at goal.

Minamino's heat map (above) shows just how influential he is across the pitch, although the majority of his touches come in central areas.

As shown above, it isn't too dissimilar to Firmino's. 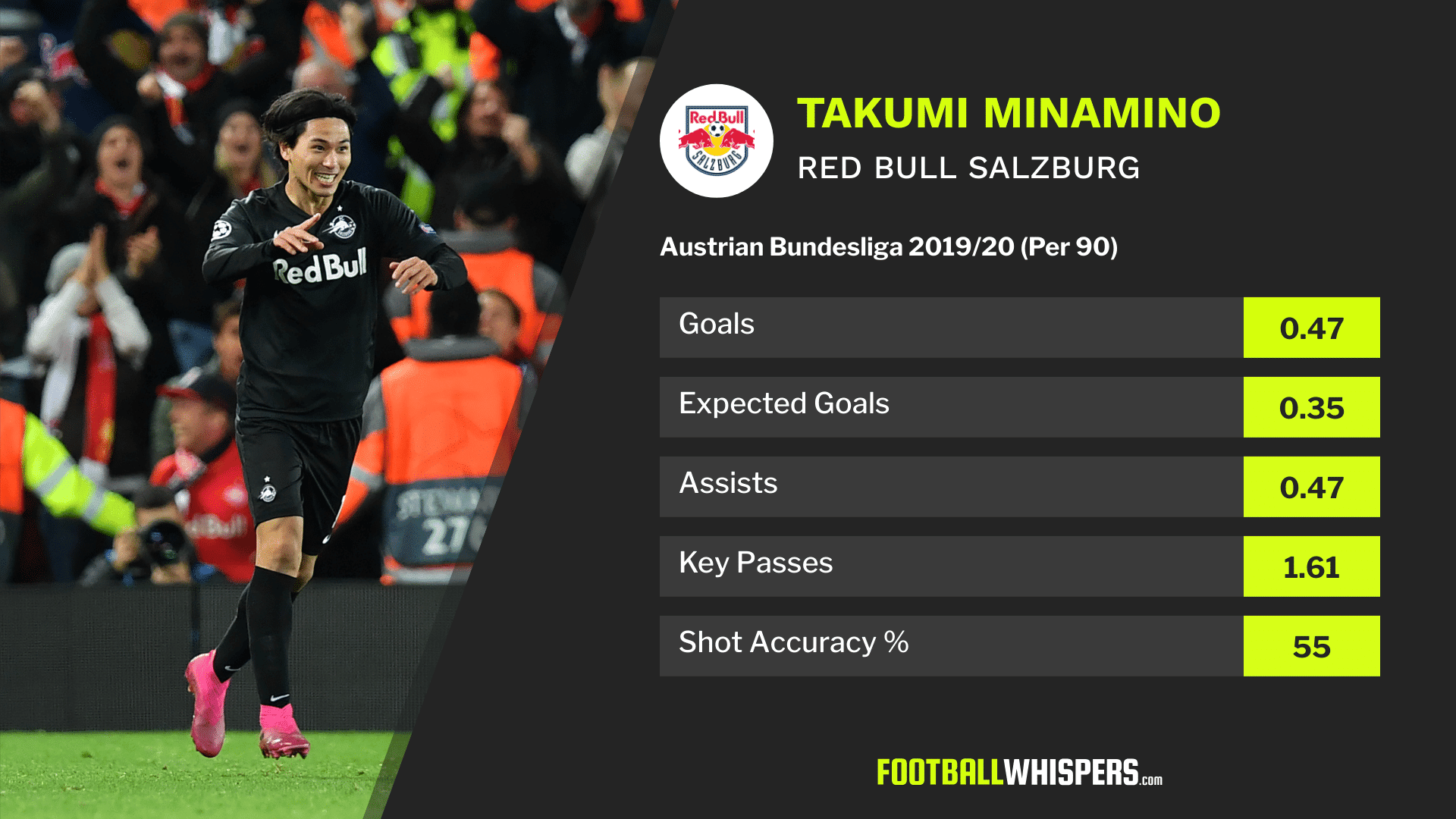 Some have been underwhelmed by his output. When compared to that of Haaland, it does appear somewhat disappointing. Red Bull Salzburg are the dominant team in Austria and have scored 64 goals in 17 matches this season, yet Minamino is averaging just 0.47 per 90 and his expected goals numbers are even worse.

But this is the same argument used against Firmino. Liverpool score goals and create plenty of chances but the maverick Brazilian has netted 15 times in a Premier League campaign on just one occasion. He isn't there to finish off team moves just like Minamino isn't there to put the cherry on top of Salzburg attacks.

Despite this, he's still averaging 0.94 goals involvements per 90 when assists are added into the mix. He's playing 1.61 key passes and has an expected assists average of 0.32 in the Austrian Bundesliga.

If Liverpool could piece together an ideal signing, Minamino would probably be as close to it as possible. And the Reds could use their reported YouTube earnings to pay for him.

He's potentially the bargain of the decade.