Spurs used to be the latter.

Tottenham Hotspur. The boys who make up their currently batch of ‘nearly men’ may be very near to becoming men, as their side sits second in the Premier League, 5 points behind surprise leaders Leicester but with a swagger and a punch that argues proceedings aren’t at a close just yet. If Leicester slips up, Spurs want to be right there behind them, ready to pounce. The Spurs of Tottenham want to slay the Foxes of Leicester.

The improvement of the men from London has been threatening to happen gradually for a few seasons. Harry Redknapp came close to bringing the club to the peak of England, but it never ended well. The current man leading the charge for Tottenham is Mauricio Pochettino. Master of the press and tactical concentration personified. But who is he? Where does he come from and what does his rise mean for the fans and club that Spurs want to be? Let’s go for a ride.

Pochettino’s playing career began at Newell’s Old Boys, the World famous Argentine team that has mined the talent of, amongst others, Maxi Rodriguez, Gabriel Heinze and a certain Lionel Messi. The star quality amongst the club is clear. They can spot a talent. 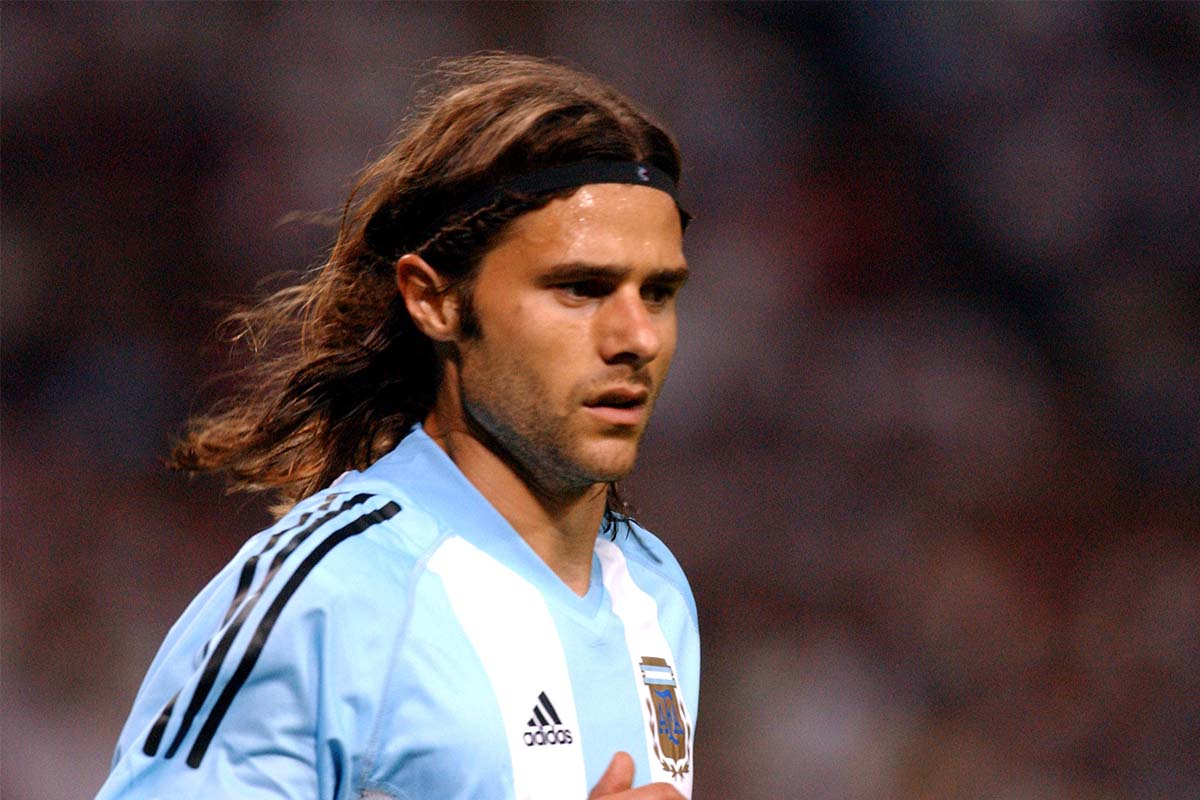 Fast forwarding a few years, the Argentine player made his name as captain and stalwart defender for Espanyol, while years later becoming their manager to incredible results.

Espanyol were in trouble. Languishing in the relegation zone, and with a glut of short-stay managers before him, they put their faith in former player and aspiring coach Mauricio Pochettino. The turnaround he completed during his first season, the season of 2008/09, by leading the Spanish club to 10th in the league table, an extraordinary feat considering that they had financial constraints and relegation had seemed almost certain.

One aspect of Pochettino’s successful first season was his attention to detail to give his team the edge in games. Like the manager we know today, he would often start younger players, players from Espanyol’s academy if he thought they offered him more against a certain opposition than a more experienced first team regular. And this shows. According to transfermarkt.com, the current Spurs manager used 77 players in his 4 years with Espanyol, compared to 39 for Spurs, even if it has been half of the time. His trust in fresher, more eager youngsters coupled with his ability to man-manage and micromanage in-game have become his standout traits during his entire managerial tenure. His ability to read a game and study his opposition is no more evident in the fact that against Pep Guardiola’s Barcelona team, out of 10 meetings, he only lost 5, including overseeing Espanyol’s first league win at the Nou Camp for 27 years. It was clear from the start that his light was shining brightly.

The end to his time at Espanyol was gloomy, with the team sat at the bottom of the league, and no signs of life showing, both manager and club decided it was best to part ways on mutual terms, and on November 26th 2012, Espanyol’s adopted son left the club at the age of 40. Still young in age, and with lots to learn, Pochettino was one to watch for clubs across Europe.

The Argentine manager took some time away from the game, learnt from his experience and two months after leaving his post with Espanyol joined English club Southampton in place of then-manager Nigel Adkins.

This appointment was curious. Adkins was doing a fine job within a band of parameters set down by Southampton’s then chairman Nicola Cortese, but it was clear the ownership and Cortese himself wanted to take the next step with the club having made excellent strides in recent years. That next step was to hire a forward thinking revolutionary. That next step was Mauricio Pochettino.

At the time, fans and media alike were confused. 3 points of the relegation position and putting up a great fight in the league, Southampton needed no such change. But that change proved to be a masterstroke in getting the club to the next level.

“All the players bought into his philosophy” said Saints legend Matt Le Tissier to Sky Sports. “He got respect from every player at the football club.”

Pochettino’s style of play was hard, fast and tactical. Poor players, inadequate players would never have cut the mustard with the Argentine, but his man-management again meant that his ideas and implementation were allowed to flourish.

“Personally, he took my game to the next level” said Nathanial Clyne. And Clyne is a great example of the manager’s ability to develop and trust a player he sees as a talent. 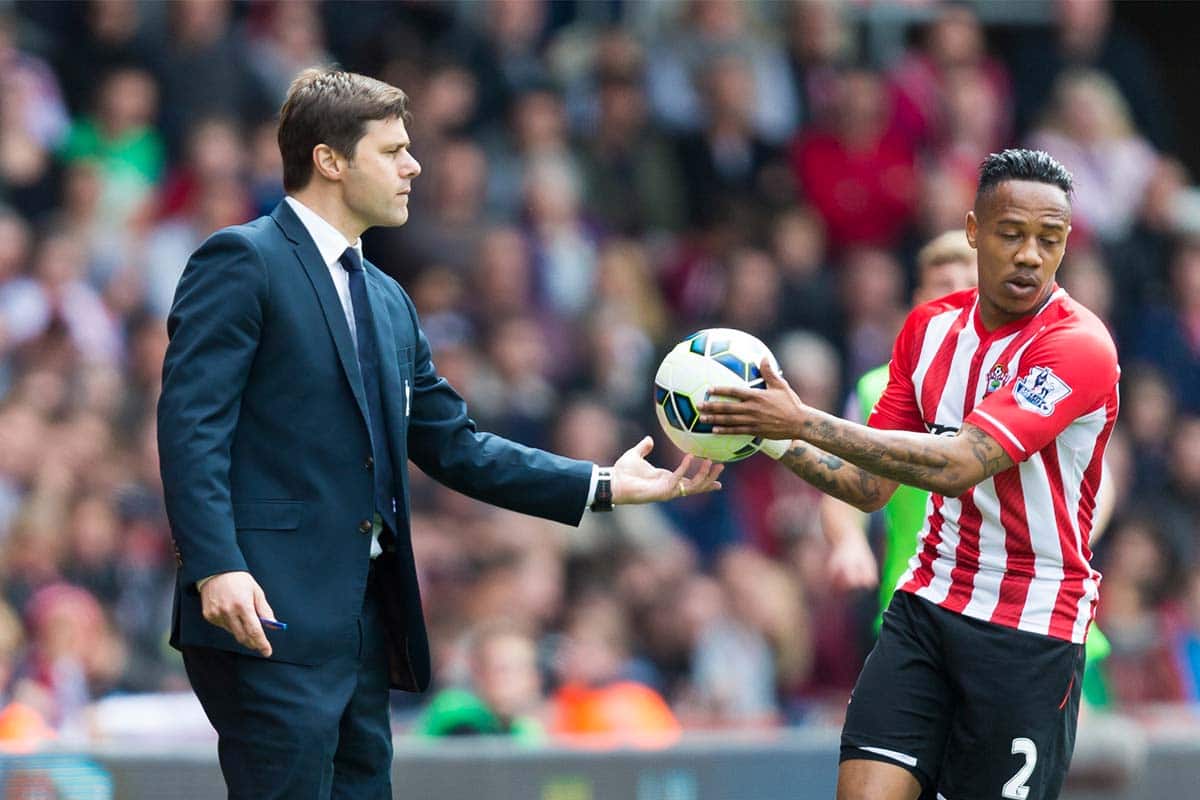 At the age of 21, Nathaniel Clyne was signed by Southampton upon their promotion to the Premier League. The player had only previously played in the Championship for Crystal Palace, making over 100 appearances. The Premier League, though, is another level. Once Pochettino arrived at St Mary’s, however, he continued to use Clyne, even improving him, making him the best right-back in the league and arguably England’s first-choice right back. Clyne now plays week-in, week-out for Liverpool. A sign of his quality and consistency for Southampton.

Pochettino’s style of play was fast becoming noticeable. Players like Adam Lallana and Morgan Schneiderlin were proving class and quality beyond the clubs station, whilst their core of English players – the aforementioned Lallana, Rickie Lambert and Jay Rodriguez – headed up their goal scoring charts, proving popular with the neutrals and Roy Hodgson, England’s International manager.

Pochenttino’s teams were fitter, quicker and stronger than their closest rivals, this being brought about by intense training sessions (during preseason the manager insisted on 3 sessions per day) and more tactical concentration during the weeks when they didn’t have fixtures. The idea of becoming better in a different way was beginning to work. Southampton didn’t need to compete in the transfer market with teams around them, because they would put in the work to improve and excite their current crop. But all fairy tales come to an end.

Tottenham Hotspur, England’s nearly men, had become bland. Tim Sherwood, the straight-talking Englishman promoted from within had failed to boost performances post-Andre Villas Boas, and Daniel Levy wanted fresh blood. Upon the sale of Gareth Bale, the club had spent big, but spent poor. Villas-Boas had felt the wrath for that, but Sherwood wasn’t innocent either. A man with excellent motivation skills still clearly had much to learn. His tactics and decisions in games began to become tiresome, whilst with the initial impact of born-again-again striker Emmanuel Adebayor fading, the staleness had set in. In Southampton’s Argentine leader, Spurs saw their man. The rest, they say, is history.

The rise of Mauricio Pochettino and Spurs is a popular topic. Harry Kane, pressing and lightning-quick counter-attacking have all become their calling card. The success of the man has only gone to show that faith in young players and an ability to place equal emphasis on tactics and talent will one day make, in my opinion, a Champion’s League winner out of Pochettino. It looks like Spurs will make the Champion’s League this year. But if they win the title, it could be Real Madrid next for the former Espanyol defender. And few fans, Spurs or Southampton alike would begrudge the man that. At 44, Mauricio Pochettino has the world at his feet and London in the palm of his hand.