Liverpool have a habit of signing Southampton’s best players. In 2014, they moved for Dejan Lovren, Adam Lallana and Rickie Lambert and, in 2015, they brought in Nathaniel Clyne. It was no real surprise, then, when they signed Sadio Mane from the South Coast club on 28 June. But the transfer, at the time of its completion, was in no way viewed as a sure thing.

£34 million may not be a lot of money by today’s Premier League standards, but it remains an eye-watering amount to spend on an attacking player who, while undoubtedly talented, remained raw and of questionable end product. This was the widespread perception of Mane, who arguably brought with him to Anfield more uncertainties than he did solutions.

However, after just six league appearances for his new side, the Senegalese winger has not only already bedded in, but thrived within the Liverpool’s setup. He hasn’t answered rebutted everyone’s doubts just yet, but he is well on the way to doing so in double-quick time. Ironically, double-quick time would make an adequate bitesize description of his playing style.

His speed, skill and direct running, among other traits, have added cutting edge to Jurgen Klopp’s forward line. And as for the uncertainty over his end product? Well, a rate of one goal every two Premier League games has nipped that in the bud. His ability to transition seamlessly into Klopp’s system appears to stem from an earlier time in his career. 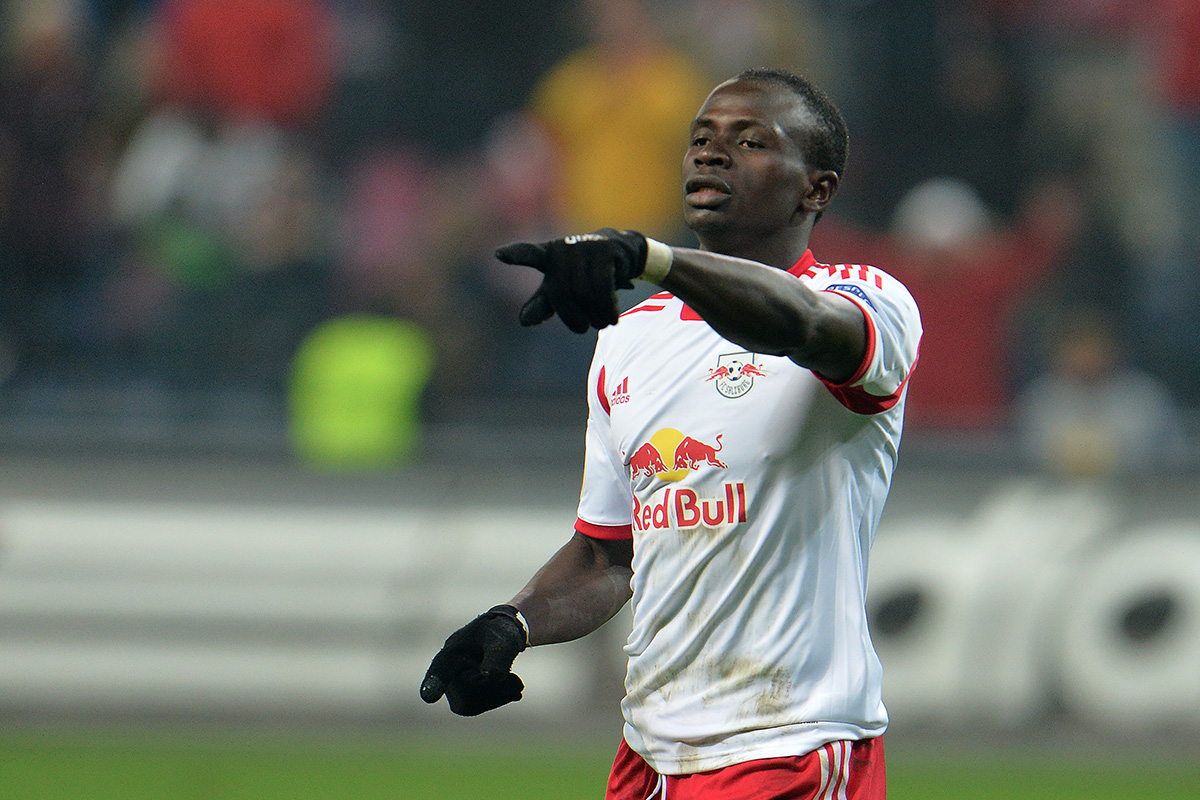 Let’s rewind to the summer of 2013, approximately one year before Liverpool began buying up Southampton stars like there was a sale on. Mane was unknown to most outside of (and, in all likelihood, most inside of) France, where he had spent one season plying his trade with Metz. Mane was 20 years of age, and Metz had just been relegated to the French third tier. It was then that Red Bull Salzburg moved to sign the player, spending €4 million in the process.

Once in Austria, Mane would work under Roger Schmidt, a German coach who is now in charge of Bayer Leverkusen. Schmidt, since his time with Salzburg, has established himself as one of the most exciting coaches in Europe, and Mane recently credited him for shaping his career at a formative stage.

“He [Schmidt] was a big influence on my career thanks to the way he believed in me and helped me so much,” he told the Liverpool echo. “I was still young when I went to Salzburg and working under him really helped me to grow up and grow up as a player. I learned about tactics and different ways to play the game.”

Schimdt’s style is one based on intense pressing and counter-pressing, themes that were also seen in Klopp’s Dortmund and, now, in the passionate German’s Liverpool side. That Mane succeeded with Schmidt—during their two years together in Austria, the player scored a remarkable 29 goals in 59 league appearances—is something that goes some way to explicating the speed with which he has adjusted to working under Klopp this season. 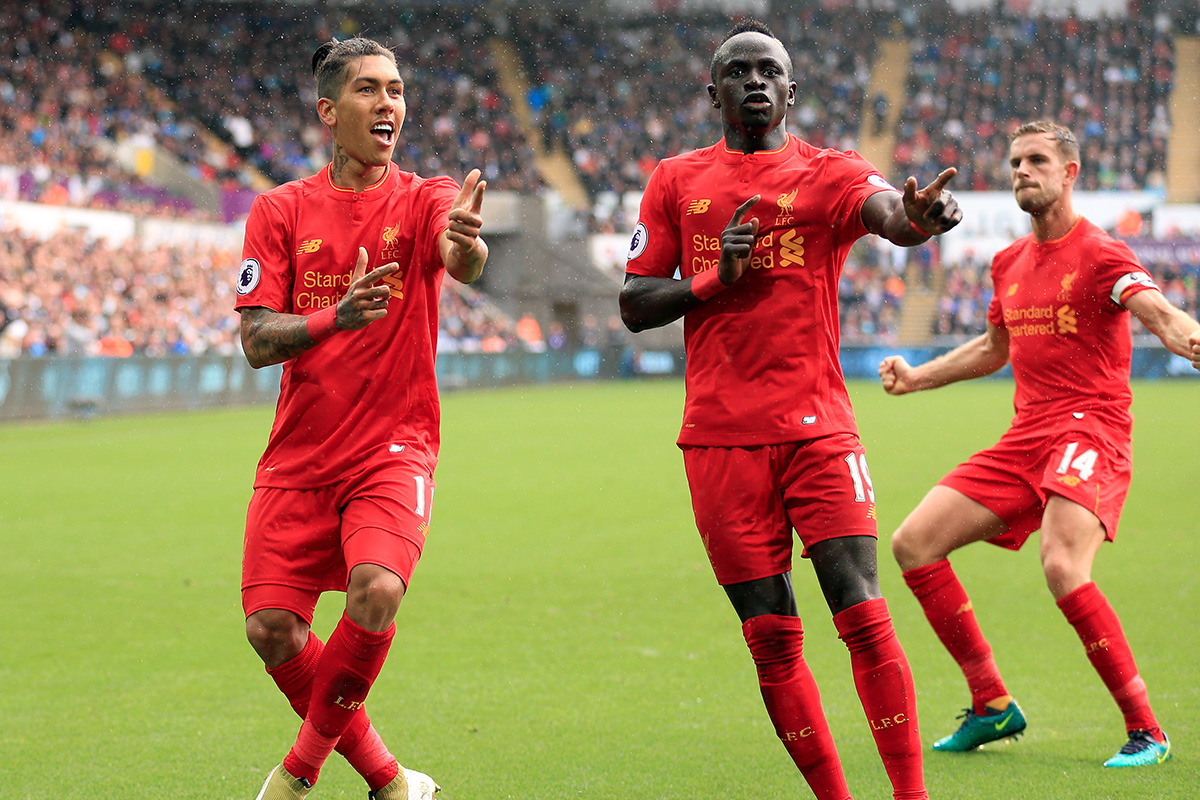 The manager himself isn’t particularly surprised about the player’s smooth transition, something he made clear after the 5-0 win over Championship side Burton Albion in the EFL Cup, a game in which Mane had a hand in three goals. “I really like this player, but I don't like to talk too much after only two games for him,” Klopp told the press. “We knew of his qualities and how they fit our style, which is why we brought him here. It's not that we have to pat ourselves on the back every day at signing him.”

With Liverpool, Klopp has implemented roughly the same 4-2-3-1 shape used during his time at Dortmund. Jordan Henderson and Georginio Wijnaldum normally take up the deeper midfield positions, while Adam Lallana pushes forward to join two of Philippe Coutinho, Roberto Firmino and Daniel Sturridge.

In this system, Mane has been deployed as the right winger, though he has a fair amount of creative license to cut in from the flank and operate closer towards the centre of the pitch, in what is known by analysts as the ‘half-space’, in turn freeing up space for right-back Nathaniel Clyne to occupy a more advanced wide position. From a more central area, Mane not only torments opposition centre-backs, but also provides a forward vertical pass to his deeper team-mates to play through an opponent’s midfield line.

The 24-year-old’s nimble footwork and direct running make him a tricky proposition to dispossess and his fluid movement has added greater dynamism, but the most important element he has brought to Liverpool’s attack is pure speed. This trait forces opponents to think twice about operating with a high defensive line in the knowledge that he has the athleticism to exploit space behind. And, if they do then decide to play deeper, this only frees up more space for the lustrous skills of Coutinho, Firmino and Lallana between the lines.

Club legend Phil Thompson spoke of Mane’s importance to the team in this sense, stating that:

“If you’re looking [for] a player who has transformed a side and injected what they needed then it’s Sadio Mane. I think it’s all about…the pace he has injected. It is the one thing this Liverpool team lacked. Firmino, Philippe and Lallana have all been great but … he’s brought the best out of them. His pace to drag defenders back allows these players play and I think he’s had a massive impact.”

Mane’s immediate impact has seen him go from potential transfer window misjudgement to bargain buy inside six games. And, while pundits now see him as integral to Liverpool’s positive beginning to the Premier League campaign, the player lays the credit at Klopp’s feet.

“Everybody knows their job,” he recently told the press. “Roberto, Coutinho, [Sturridge, Lallana] – we know each other’s game. It’s become easier for us … and we are enjoying playing this way. Whether I’m starting up front or out wide isn’t really the most important thing. The manager says be free and then get into dangerous areas where you can hurt the opposition.”