Liverpool and Chelsea played out an exciting and engaging 1-1 draw at Anfield on Saturday night.

Jürgen Klopp made changes, bringing Daniel Sturridge and Alex Oxlade-Chamberlain into the attack and adding James Milner into the midfield. It was a brave move from the German after the 3-3 draw away at Sevilla

Antonio Conte, bringing his team back from Baku in Azerbaijan, made five changes from mid-week, but just one from the side who beat West Brom last weekend.

It was back and forward, extremely even, and both sides had great spells, but we had to wait for the second half for the goals.

Mohamed Salah is on fire at the moment, and it was the Egyptian who added his 15th goal in 20 games. Philippe Coutinho started the move, Tiemoué Bakayoko couldn't clear and his touch was poked to Salah by Oxlade-Chamberlain and the Liverpool No.11 raced through to finish past Thibaut Courtois.

Chelsea were far from finished and they continued to push forward. With five minutes to go and two minutes after Willian had come off the bench, they bounched back. It looked like a cross, but the Brazlian's back post effort found the far corner and helped the Blues grab a point.

Arguably the winners on Saturday were both Manchester clubs. United stay second and City will have a chance of going 11 points clear of Chelsea if they can beat Huddersfield on Sunday. 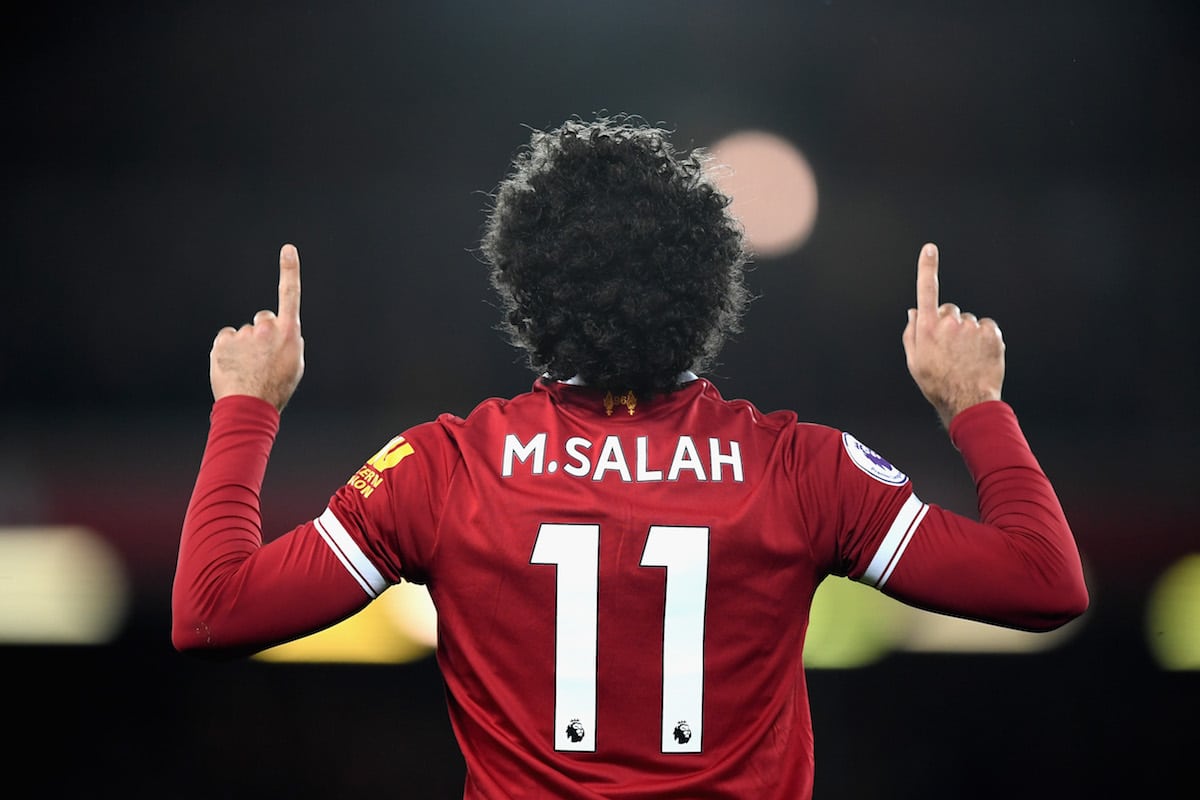 As discussed this week, Conte had a decision to make this weekend regarding his defence. Would he take a chance and play Gary Cahill against Liverpool’s attack?

Starting the 31-year-old, you would almost certainly be playing him against the Reds top scorer, and playing into Salah's hands.

It was clear to see from the start that the summer signing knew he had the jump on the England defender. Quite a few times he would back into Cahill, get the ball to feet and spin away from the former Bolton man.

For the goal, it’s hard to blame Cahill, but his weakness was there to see. After Tiemoué Bakayoko failed to clear the ball, Alex Oxlade-Chamberlain got a foot on the ball to stab it towards goal, then Salah put on the after-burners, flew past Cahill and smashed home the finish.

In a three-man defence, you need your left-sided centre-back to have pace and mobility. That was clearly lacking on Saturday and Chelsea were made to pay.

Bought for £36million this summer, the Egyptian has proven he is more than just a winger and is a nailed on candidate for transfer bargain of the year.

He doesn’t hug the touchline, playing almost as an inside forward. Then late in the second half he was the man leading the three-pronged attack. Whatever success Liverpool achieve this year, Salah will undoubtedly be at the heart of it.

Before the match, Conte was asked if his inclusion of Danny Drinkwater in a five-man midfield was an anticipation of a battle in the middle of the park. The Italian wouldn’t be drawn on an answer and it was clear to see why.

Recently, Chelsea’s formation has been 3-5-2, but on Saturday evening, it was definitely 5-3-2, with both Davide Zappacosta and Marcos Alonso asked to sit deeper and make the Blues very hard to penetrate.

Drinkwater, with N'Golo Kante and Bakayoko, were asked to do a lot of work in front of them, but the five-man defence worked their socks off.

They also played a very narrow low block, forcing Liverpool wide. The Reds aren’t natural finishers in the air and Chelsea would back themselves to clear any danger coming in the form of a cross.

Over the 90 minutes, the back five won seven aerial battles, with Liverpool managing just one. Without doubt, although it took away some of their attacking threat down the channels, it stopped the home side making clever runs down the channel.

Coutinho: A Game of Two Halves

Klopp’s team selection left a lot to be desired. With quite a few unexpected changes, the German was putting himself under pressure following the 3-3 draw away at Sevilla. The midfield in particular had an unfamiliar look to it.

Coutinho was named in the central three, playing ahead of Jordan Henderson, with James Milner on his right.

During the first-half, he looked out of his depth. When Chelsea broke, there was no desire from the Brazilian to chase the runners, or work his way back. 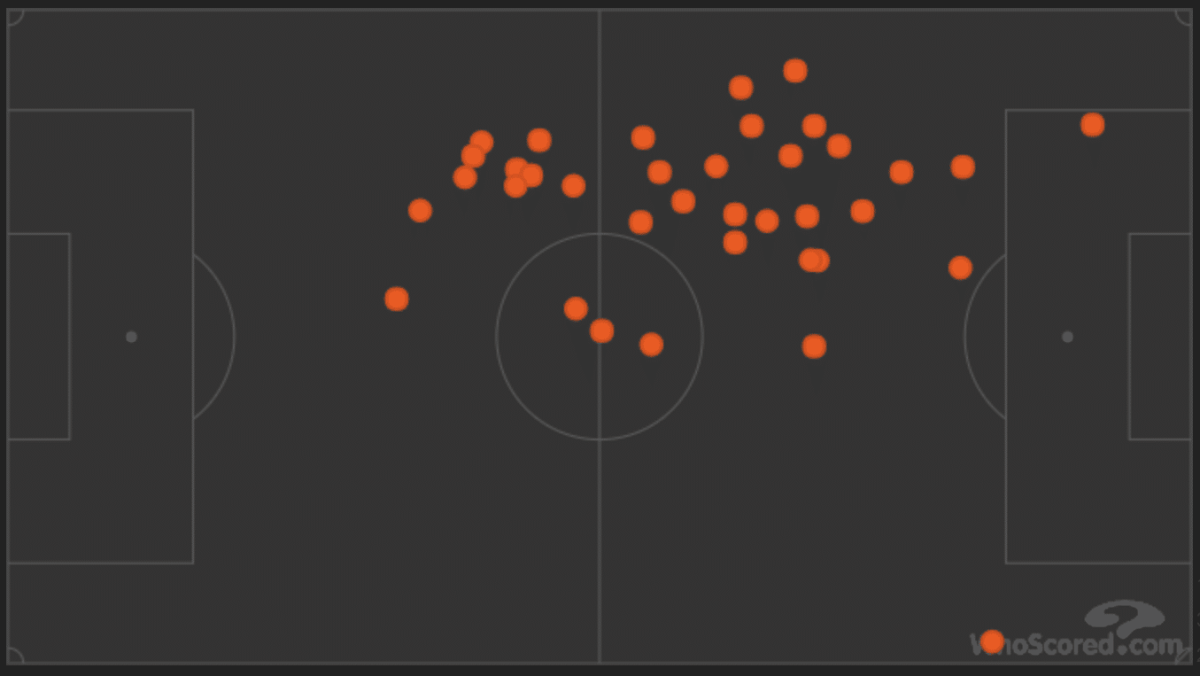 Above is where he was touching the ball in the first half. After the break, Coutinho was allowed to play further forward. You can see a distinct change below from WhoScored’s touch map, where he was picking up the ball and it paid off. It was the little Brazilians run that sparked Liverpool’s goal. 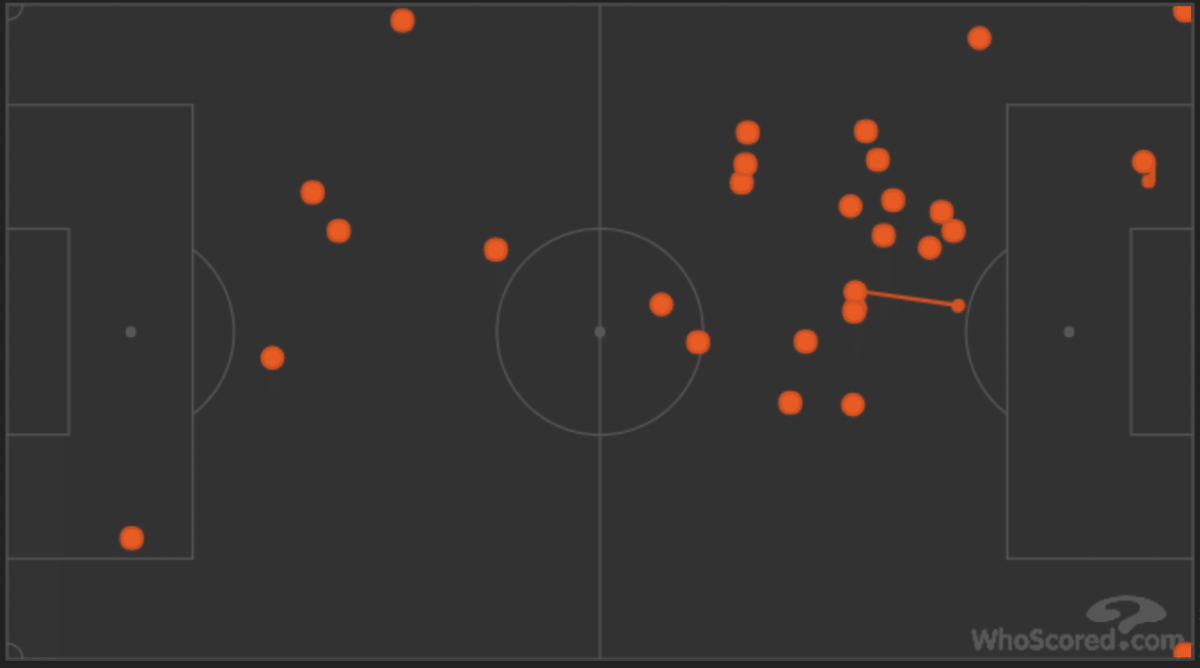 Similar to the skillset of Eden Hazard, who was a danger throughout, Coutinho needs to be in those areas, rather than deeper. It’s much harder to effect a game from where Klopp asked him to play and it’s no surprise he made his mark when he pushed up towards the Chelsea defence.

It’s ok to play the 25-year-old in the midfield, but he needs to be the furthest forward of the three.

Moreno back on track

The Spanish defender came under a lot of criticism after his display against Sevilla in the Champions League.

It wasn’t all Moreno's fault, but when you are in the wrong positions, or make poor tackles, it’s your name that will be highlighted and blamed.

On Saturday, the 25-year-old was tremendous. Playing at left-back, up against Álvaro Morata, Hazard and runners from midfield, he was almost flawless. Salah was handed the Man of the Match award, mostly for his goal, but Moreno deserves a lot of plaudits too.

Finishing the game with eight tackles won, two interceptions and one clearance, he fully redeemed himself.

Only Joe Gomez, on the other flank, made more touches of the ball and in an attacking sense he landed four of his team-high 13 long balls.

Before Tuesday night, the tide was turning in the perception of the defender, but don’t let mid-week fool you, Moreno deserves his spot in the Reds defence. 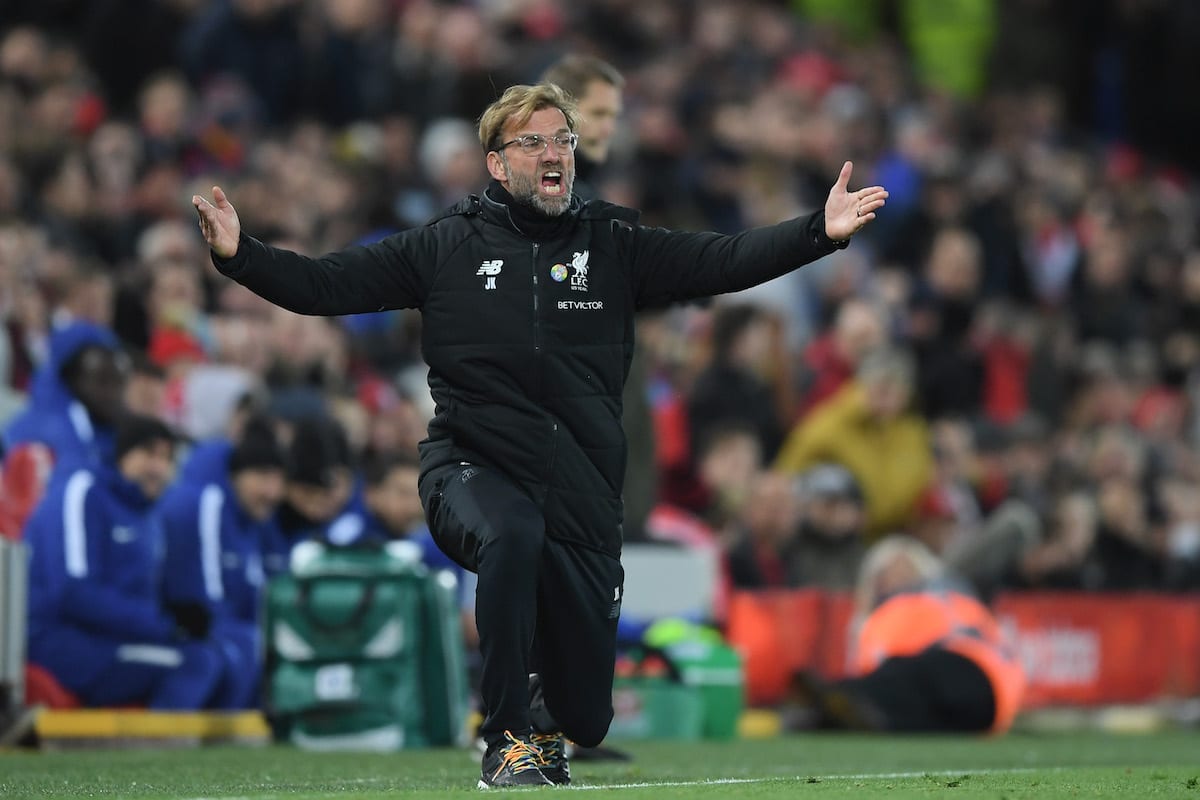 Chelsea’s coach, perhaps happier with a point, will travel back from Merseyside happy with his second half substitutions.

Adding Cesc Fabregas was timed perfectly, bringing in a composed presence to the midfield, he allowed the Blues to get their foot on the ball.

Klopp on the other hand, needs to look at how long he waited to make his changes. Georginio Wijnaldum came on with 24 minutes to go, replacing Daniel Sturridge and letting Coutinho play in the attack, however, regardless of the Germans complaints about the fourth official letting him bring on his subs, he still waited to late after the 80th minute.

He was angry he couldn’t get Adam Lallana on before the equaliser, but he still didn’t enter the pitch with Sadio Mané until the 89th minutes.

It was clearly summed up by the body-language and look on the face of the Senegalese forward. He looked mad to only have four minutes to change the game.

1-0 up, it’s not an obvious change, but as soon as the equaliser flies in, it should have been actioned.

A few times now, Klopp has waited too long to make changes. Tuesday was the same, waiting until the Spanish side were back at 3-2.

It has happened again, and the German must look at when he decides to adjust his formation, personnel and tactics.