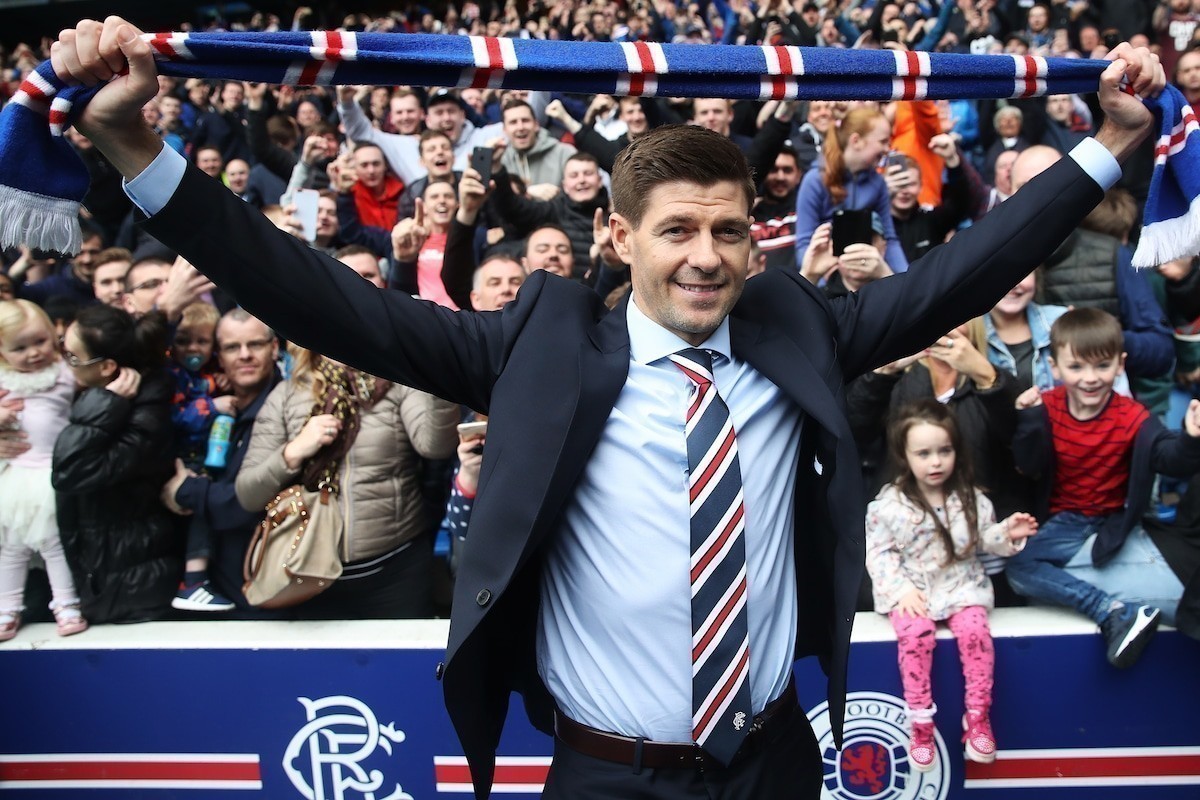 Many questioned Steven Gerrard's ability to become a top-class manager but his performances so far suggest that he could go on to win more trophies in a suit and tie than he ever did while wearing the synonymous red kit of Liverpool FC.

Some eyebrows were raised when Gerrardx, with no managerial experience to his name, was afforded the job as Rangers boss in 2018 but it turned out to be a fantastic choice for the Scottish Premiership side. In just 3-years at the clubs, Gerrard guided Rangers to a league title in which his team didn't lose a single match and was duly awarded the SFWA, PFA and the SPFL Manager of the Year award, not to mention the LMA Special Achievement Award.

Following that successful spell in Scotland, it was hardly surprising to hear Gerrard being linked with a move back to England and the Premier League. Eventually, Aston Villa tempted Gerrard to make the move away from Rangers and even then, many doubted his ability to make the step up to the Premier League. While it is still early days in Gerrard's reign as Villa boss, the signs have all been positive so far and the Villa faithful are very happy with the direction the former Liverpool player is moving the club.

During his time at Rangers, Gerrard's preferred formation was a 4-3-3 which he used for 70% of his 193 games in charge of the club but he set it more like the old Christmas Tree formation with the two advanced wingers pushed inside more making for extra space for the full-backs to run into.

The Christmas Tree formation was made famous by Terry Venables and Christian Gross during their time at Tottenham Hotspur but soon became redundant. The simple fact is, this was a formation ahead of its time when teams didn't play with one man up front and pretty much all top-flight English sides went with a 4-4-2 using traditional wingers to cross the ball into their strikers.

Gerrard liked his Ranger's full-backs to provide all the width for his side and encourage the wide players to move infield to help support and link up with the lone striker. Some may argue that this ‘gung-ho' style of football works fine in Scotland when you are managing one of the Old Firm sides but in the Premier League, you will have to pay more respect to counterattacks. 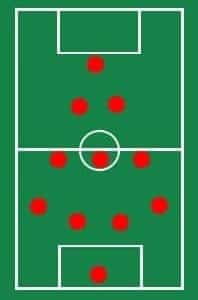 However, Gerrard bases his philosophy on possession and expects his players to work as hard going forward as they do during defensive phases. When attacking, his rangers side would leave the two centre-backs around the halfway line and the two more defensive-minded central midfielders just ahead of them offering an option to pick up the ball and play it forward but rarely likely to get very near the penalty area themselves.

The full-backs, Barisic and Tavernier provided the width and saw a lot of the ball, while the likes of Kamara, Hagi and Arfield were able to get in and around the lone striker Morelos as Rangers attacked in numbers. These players made runs off Morelos confusing defences and allowing Morelos to find that extra yard in the box before a pass or cross was delivered.

While Gerrard's Rangers side preferred to play a possession-based game, the former Liverpool player wasn't against playing more directly when the occasion arose and it is this flexibility that modern managers need, especially in the Premier League, as it doesn't take long for an opponent to work you out (unless like Man City and Liverpool, your style has been perfected and you have the best players in the division).

When Villa have the ball you will see Mings and Konsa building from the back, while Cash and Digne stretch the play on either wing. Douglas Luiz will drop deep to pick up the ball and his main task after that is to stay fairly deep and ensure his team don't get hurt on the counter-attack, though, it doesn't always go that way.

McGinn plays box-to-box but has more defensive responsibility now as the likes of Buendia, Baily, Watkins and now Coutinho are tasked with creating chances for the lone striker and getting in the box themselves. Ings or Watkins will lead the line on their own but sometimes Watkins will be played on the left with Baily on the right, both cutting inside onto their strongest foot and allowing for Cash and Digne to run into the empty space and provide crosses into the box.

Lucas Digne will prove to be a great signing as he is one of the best left-backs in the Premier League when your team has the ball. The French international created more chances than any Everton player during his time on Merseyside, from open play and set pieces, but he needs his teammates to cover him when he does go on one of his runs to the byline.

When Villa don't have the ball the two center-backs will stay close to one another but there will be more of a gap between the full-backs and the central defenders. This forces the opposition attacks through the middles where Villa can pack spaces with their three central midfielders and the inside forwards can drop back making it a five-man midfield, reducing space and frustrating their opponents.

Gerrard likes his side to press hard in their own half which includes the full-backs and when the likes of Cash and Digne push out of possession, either McGinn or Luiz are expected to fill the void and ensure there isn't a big gap down either of the flanks. Staying in shape and working hard for the team are the key elements to Gerrard's sides when out of possession but it has been far more testing with Aston Villa in the Premier League than it was with Rangers, though, that took time to get right as well. 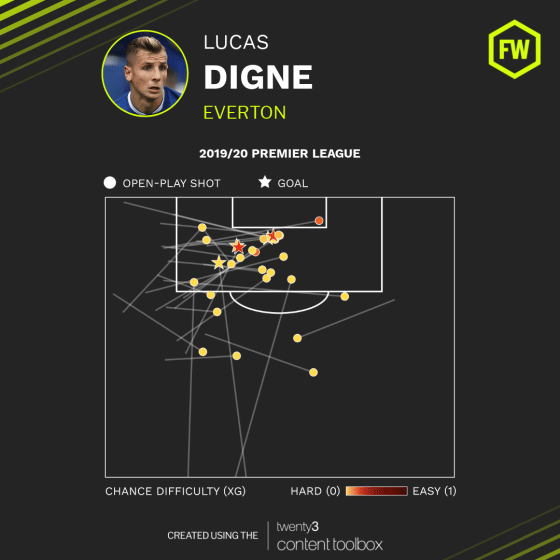 In 114 appearances in the Premier League Digne has

Weakness: Leaving space in behind

Now, there are issues with this style of play as Gerrard has seen during his 10-games in charge (4 wins, 1 draw and 5 defeats) and that is in the full-back area. When Villa attack and push both full-backs forward it can work wonders but if the opposition are able to defend the cross and pick up the loose ball then there is a good chance of a counterattack, as we have seen in recent weeks.

This also depends on Luiz who, as mentioned above, is the defensive anchor and one of his jobs is to look out for danger. As good as he has been for Aston Villa, Luiz isn't always switched on in that department and gets caught out which leaves Villa short in defence when those full-backs have pushed up, so don't be surprised if Gerrard looks to strengthen in this area just as he has done elsewhere in his side, although, Nakamba is very suited to the role and when he plays it allows Luiz more freedom to go forward as he likes to.