Italy could only manage a draw with Bulgaria in midweek and that result will surely have handed Switzerland another confidence boost following their impressive performance at Euro 2020.

Switzerland have only won three of their 21 encounters with Italy over the years and their guests arrive as the newly-crowned champions of Europe. However, these two sides have played out eight draws over the years, four of which have arrived in the duo's last six head-to-heads. Switzerland have only lost one of their last six matches and they have the home advantage on Sunday, so you can see why we're backing the hosts with a double chance bet, especially as Italy drew in midweek with a poor Bulgaria side.

Both teams have scored in three of the last five meetings between these two countries and we're expecting more of the same on Sunday. Five of Switzerland's last six outings have also ended with both teams getting on the scoreboard and the same can be said for each of Italy's last five fixtures.

Benfica forward Haris Seferovic will be the focal point of Switzerland's attack this weekend and the 29-year-old will be making his 81st appearance for the national team and we expect him to add to his current 24-goal haul. Seferovic has already got one goal in qualifying so far and the Italian defence will have their hands full with the striker who scored 22 league goals last season.

Switzerland played host to Greece in midweek and secured a 2-1 win thanks to goals from Zuber and Vargas but the result had no effect on the World Cup qualifiers as it was just a friendly. The hosts performed above expectation at Euro 2020 but will be without a selection of their key players for this weekend's big game. Gavranovic, Ambolo, Shaqiri and Mbabu have all missed out on selection this weekend due to injury, so there is more pressure on the likes of Seferovic, Xhaka and Freuler to deliver the goods against Italy.

Italy were the big favourites in midweek when they played host to Bulgaria and appeared to be on their way to 3pts when Chisea opened the scoring in the 16th-minute. However, Bulgaria equalised before the break through Iliev and managed to hold on for a point. There is no place for Spinazzola or Belotti in this Italy squad but the majority of the side that won Euro 2020 remain and the Italians are still the favourites to top Group C and qualify for Qatar 2022. 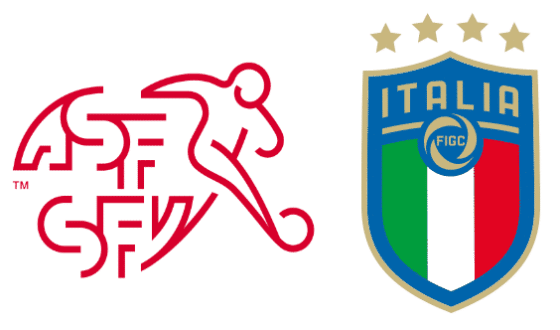