Portsmouth's new manager bounce is over but the playoffs remain in touching distance. Can they win here to keep the chase going or will Swindon land a surprise three points in their battle to avoid the drop? Find out with our Swindon vs Portsmouth match preview with free tips, predictions and odds mentioned along the way.

Portsmouth to get back at it?

Portsmouth's form might be wobbling with the pressures the end of season run-in brings at the top of the table but they're still a million times better than Swindon – even if their change in manager does have an impact on their performance levels. Swindon have lost seven of their last 10 home games including their last four. The previous three have all seen the visitors leave with the points without putting up much of a fight too. Portsmouth are actually a better side on the road too taking an average of 1.8 points per game over the season. Facing Swindon is almost the ideal fixture for Pompey to get their playoff hunt back on track.

Pompey to open the scoring

With the prediction made the Portsmouth will win, it's perhaps not surprising that we think they'll be the team to find the net first too. That's not the science behind our tip though; that is driven off the form book. During the last 10 away matches, Portsmouth have scored first in five games; it's far from a banker of a stat. What swings the prediction massively in their favour though is the fact Swindon have conceded first in eight of their past 10 at home.

We've nailed our colours to the wall backing a Portsmouth win with the first of our tips and now we close our predictions by suggesting they'll win whilst Swindon won't score more than 1.5 goals. The reasoning behind it is simple; Swindon have only scored 47 goals all season. That's 1.1 per match. Then there is the last 10; they have only managed to score more than one goal in one of those games – that was a month ago. The Portsmouth factor comes in the shape of their defence; their last five away games has seen them concede just three goals with all of them coming in separate matches.

Swindon vs Portsmouth: All sorts of pre-game stats

Big at both ends but bad news for Swindon

Both Swindon and Portsmouth could be in for terrible ends to the season; Swindon, who have just appointed Tommy Wright as caretaker manager after John Sheridan stepped down, are facing the drop whilst Portsmouth are in real danger of missing out on a top six spot. Coming into this fixture, Pompey will fancy their chances of winning but a contrast of attack versus defence will likely make this a good game.

Your questions answered for Swindon vs Portsmouth 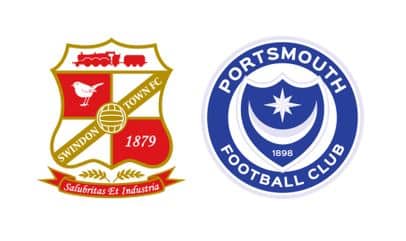