Sweden and Spain play their first games since Euro 2020 this week and we're expecting a close and competitive 90-minutes between the pair on Thursday. Spain head into the game as the bookmaker's favourites to win but Sweden will prove a very tough challenge and will be looking to exploit their home advantage.

Sweden don't have the best of records against Spain but have managed to draw their last two games against the former World Cup and European Championship winners. The hosts have won four and drawn one of their last six international matches, losing 2-1 to Ukraine in Euro 2020. Spain have drawn four of their last six matches and do look susceptible at the back in most games.

We're predicting goals in this game for both sides as three of Sweden's last five fixtures and four of Spain's last five outings have ended with both teams getting on the scoreboard. Both teams also scored in the last two meetings between these two countries when Sweden have been considered as the home team.

Real Sociedad striker Alexander Isak has been called up once again to represent Sweden and after impressing at Euro 2020, the 21-year-old will soon be hoping to make a big-money move to one of Europe's big clubs. So far, Isak has scored 6-goals in 26 caps for Sweden and is certain to start against Spain, the nation in which he plays his club football, and we're backing the talented striker to score on Thursday.

Sweden vs Spain: The Stats

Spain the favourites but Sweden are dangerous

A number of Sweden's squad from Euro 2020 have now retired from international football paving the way for a younger generation. Lustig, Granqvist, Jansson, Larsson, Svensson and Berg, all in their 30s, have played their last game for their country. Alexander Isak is now tasked with leading the line for Sweden following Berg's retirement, while Forsberg, Ekdal and Claesson all provide plenty of experience and talent in the heart of the midfield. Martin Olsson and Victor Lindelof are the most capped defenders in the squad and Danielson has been called-up but will miss the game against Spain through suspension. Roma goalkeeper Robin Olsen looks set to continue between the sticks.

Spain haven't lost any of their Euro 2020 squad through international retirement and will be expected to lineup very similar to how they did at the summer tournament. De Gea looks set to start in goal ahead of a back four that could include Azpilicueta, Alba, Laporte and Martinez. Busquests is the most experienced player in the squad and the key player in the heart of Spain's midfield, while Koke, Rodri and Sarabia could all play alongside the Barcelona man. Up-front, Spain could go with Morata, Moreno or Torres, with Ruiz and Traore considered back-ups. 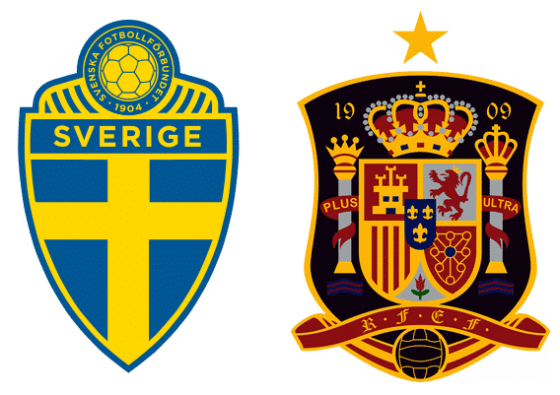