Kosovo travel to the Friends Arena in the hope of being the first team to stop Sweden from getting another home victory in a World Cup qualifier. The two teams meet each other in match day six of the group B.

Sweden suffered a significant setback in the World Cup qualification group after a 2-1 loss against Greece. The result meant that Sweden fell four points behind Spain. Kosovo jumped above Georgia in the table despite a 2-0 loss against Spain.

Sweden to win the game

Sweden have so far demonstrated excellent record in the World Cup qualifying campaign’s home matches. This is a continuation from the record that the team enjoyed while qualifying for the 2018 World Cup. The last home defeat suffered by Sweden in the qualification of a World Cup campaign was in 2013. Meanwhile, Kosovo have only been able to overcome Georgia in the last five competitive matches.

Sweden to win to nil

Sweden do not concede a lot of home goals and it is exemplified by the team registering a clean sheet in three out of the last five qualifiers at home. In fact, the only teams to score against Sweden in this run are former World Cup winners Spain and France. Kosovo might have scored in back-to-back away games, but they are not a great outfit on the road.

Sweden might be a defensively solid team, but they have not exactly scored a lot of goals. Apart from the 8-0 victory over Luxembourg, the return of goals has been very moderate for Sweden.

Top Betting Odds and Stats for Sweden vs Kosovo

Sweden appeared to be in a very comfortable position when it comes to qualification before suffering an away defeat against Greece. The result has put major doubts on qualification, as Sweden cannot afford to slip up anymore. The games against Kosovo and Georgia take a lot of precedence as a result.

Kosovo are unlikely to mount a challenge for the qualification spots anytime soon. The team has been picking up some surprising results in the last few qualifiers. Apart from the loss against Spain, Kosovo have managed to go unbeaten in the remaining two games since September. This will be a positive factor that the team can build on going forward.

FAQs on Sweden vs Kosovo game 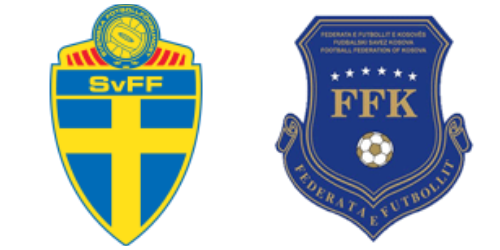 Where is the match scheduled? Friends Arena in Sweden

Which team is the favourite to win? Sweden