Sweden have never lost to Czech Republic before with the pair meeting three times over the years and with the home advantage on Thursday, the Scandinavians are the favourites to progress through to the play-off finals.

As mentioned above, Isak top scores for Sweden in the World Cup qualifiers with 4-goals and is developing into one of Europe's most sort after strikers. The Real Sociedad frontman netted 17 league goals last season and has 4-goals so far this season, so you can understand why we have backed the 22-year-old to score against Czech Republic this week.

Everything you need to know about Sweden vs Czech Republic

Sweden the favourites to progress to the play-off final

Sweden's last game was a trip to Spain in the Qualifiers where a tight and tense 90-minutes produce just a single goal. The game appeared to be heading for a 0-0 draw until the 86th-minute when Morata finally broke down the Sweden defence to secure all 3pts for Spain. Sweden have a strong defence that impressed at Euro 2020 and at home, they have the goals in them to get passed the Czech Republic, though, we are expecting a close and competitive 90-minutes.

The Czech Republic had the home advantage against Estonia last time out and eventually, they made it count. After a goalless first half that would have worried the home fans, Brabec handed Czech Republic the lead in the 59th-minute and another goal late on from Sykora ensured the home side collected the 3pts everyone expected them to. The Czech Republic, and particularly striker Schick, gave us some great moments at Euro 2020 and while Sweden are the favourites to win on Thursday, the visitors cannot be underestimated.

Sweden: Thelin, Sema, Lewicki, and Bengtsson all missed out on selection for the hosts.

Sweden vs Czech Republic – Your Questions 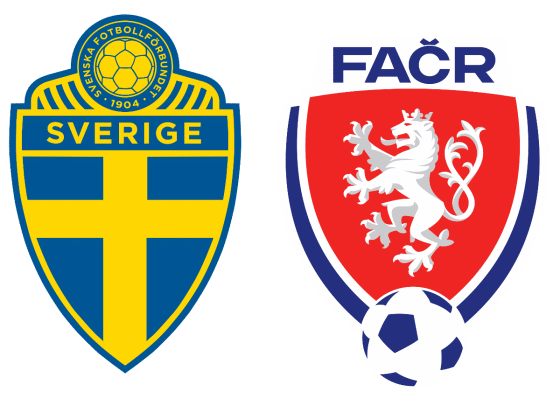