Stoke have made an unbeaten start to the season but Swansea are showing signs of turning a corner after the opening day disaster. Who will come out on top here? Find out with our Swansea vs Stoke match preview with free tips, predictions and odds mentioned along the way.

Swansea to edge it

We kick off our predictions by tipping Swansea to collect their first win of the league season. The Swans looked abject in game week one but turned in a good performance in mid-week before taking a solid point off Sheffield United on Saturday. The methods of the new boss, Russell Martin, are slowly getting through to his players and whilst Stoke have not lost this season they didn't look great against Birmingham at the weekend. We think Swansea will have too much for them. It's not nailed on for a home win but the odds make it good value.

If the match result side of this match is somewhat open then at least we can be highly confident that it won't contain much in the way of goals. Swansea have come up short of the 2.5 mark in three of their last five competitive matches and throughout the entirety of last season averaged a total of just over 2.0 per game. Stoke are similar in recent times with three of their last prior competitive matches ending under three goals. Their season average was just 2.2 last year. On top of that, two of the last three head to heads have finished under 2.5 as well.

A Swansea shutout and three points

Our final prediction is a little bit of a gamble given what we've said about the general match result but we think the betting odds make it seriously appealing. Swansea have added to their squad since the opening day, which should make them more defensively solid and they looked that against Reading in the week and versus the Blades last time out. With how lacklustre Stoke's attack looked against Brum it wouldn't be the biggest shock in the world if Swansea keep them out and nick something going the other way.

Odds, stats and more for Swansea vs Stoke

Swansea to edge a close game with little between the sides

Swansea fans might have wanted to watch their last couple of games from behind the sofa after the opening day display; they'll be much happier with what they've seen since then though with back to back clean sheets. In terms of team news, Flynn Downes made his debut at the weekend and the quick turnaround might mean he starts on the bench. As for Stoke, they're unbeaten this season so the mood will be good but performance wise they need to be better than they were against Birmingham. Sam Surridge had been on a mini streak for the visitors but struggled from the start in their last game. It wouldn't be a big shock to see him back on the bench for this one.

The final thoughts on Swansea vs Stoke 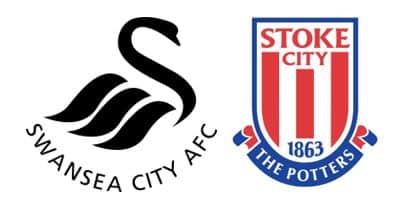