Both teams have made a similar start to the season with a league loss and cup win. Will they be separated on Saturday? Find out with our Swansea vs Sheffield Utd match preview with free tips, predictions and odds mentioned along the way.

If you watched Swansea play Blackburn last weekend you’ll be all to aware that they’re a massive work in progress. It may well come good for them later in the season but this prediction hands a win to Sheffield United. The recently relegated Blades have kept the majority of their squad together and won’t have any gelling issues. Yes, they lost on opening weekend too but it was a travesty when you see how the action unfolded. Swansea will give up a lot of chances and they’ll likely be punished.

Sheffield United to lead at both half time and full time

That’s right, we’re doubling down on our first prediction by back Sheffield United to be leading at half time and full time. Swansea we’re slow out of the blocks last week with Blackburn easing into a half time lead; it should have been vastly more than just the one goal deficit they faced too. We’re expecting more of the same from Swansea as they look to build on their ‘out from the back’ style but if they get caught out early doors by a Sheffield United side likely to press them hard then it will be a long road back against a side that has four clean sheets in their last five competitive matches.

Our final tip is for a low scoring match. We’ve already touched on a decent defence that Sheffield United boast; if you put that into actual numbers they’ve only conceded two goals in their last five competitive games with all five under the 2.5 mark. Swansea’s competitive results aren’t too crazy either; three of five are under the 2.5 cut off. The last time this fixture was played – in 2019 – it also saw just the solitary goal.

The best odds for Swansea vs Sheffield Utd

Swansea started the season is calamitous fashion last weekend. New boss Russel Martin wants his team playing out from the back but they were caught in possession over 10 times in their own third. It’s just not good enough and they need to learn quick. They’ve added another body to their squad this week with Flynn Downes and he could be involved after missing their midweek cup victory.

For Sheffield United, they suffered a somewhat surprise defeat last week but the overall performance was good. They followed that up with a cup win too so will come into this match confident. The goals scorer in their cup game was Rhian Brewster; what a goal could do for him! 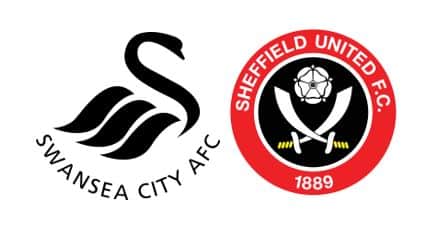