Both of these teams have had little streaks of form recently. Who will take the points as they meet on Saturday? Find out with our Swansea vs Peterborough match preview with free tips, predictions and odds mentioned along the way.

Swansea vs Peterborough: Our Tips

Swans to see off Posh

Peterborough have impressed in their last two outings as they've beaten Hull and QPR but we are making the prediction that mini run ends at the Swansea.com Stadium. Swansea lost last time out but took seven points from nine in the three games prior and are on a run of two back to back home wins. Peterborough meanwhile have lost six of their seven away matches so far this season. Progress at Swansea has been slow since Russell Martin arrived in the summer but there are signs they're clicking together now; if that is indeed the case, they'll have too much for Peterborough.

The next prediction we make for Swansea vs Peterborough is that there will be a minimum of three goals scored in the match. The bet will be placed in the total goals market using the over 2.5 goals option. Why do we think over 2.5 is the way to go? Well, four of Swansea's last five have gone over 2.5 including their last three matches. Then you have Peterborough; their last two – and three of the last five – have all seen at least three goals. The average goals per game in those period are promising too; Swansea have averaged 2.6 with Posh coming in at the same level having seen 13 goals in five matches.

Our final prediction focuses on goal scoring too but rather than how many goals there will be we're simply making the prediction that both teams find the net. Swansea have scored in four of their last five matches. Peterborough have netted in three of their previous five outings. On top of that, the last two head to head meetings have seen both teams find the net and, across the course of the season, both Swansea and Peterborough are averaging more than one goal scored per game having netted 15 and 16 respectively in their 14 games.

Find the best odds for Swansea vs Peterborough

Swansea had shown signs of momentum until they were brought back down to Earth as they lost to Birmingham. If they can get a win here though that defeat will prove just a little bump rather than a clamp on the wheels that were starting to turn. Fitness wise, Flynn Downes is the only doubt. For Peterborough, they've recorded two wins in their last two outings to put some space between them and the bottom three. An away trip to Swansea is almost a free hit – on paper – but given the way the season has started they'll fancy their chances. Posh are still missing a few through injury as well with Joel Randall and Jack Marriott amongst those in the treatment room.

FAQ on Swansea vs Peterborough 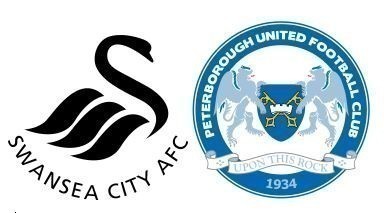