Swansea are winless in five and host a Huddersfield side that did the double over them last season. Does that lead us to think that another defeat awaits for Russel Martin and co? Find out with our Swansea vs Huddersfield match preview with free tips, predictions and odds mentioned along the way.

Swansea vs Huddersfield: Our top tips

Swansea to grab much needed win

Swansea fans will be hoping we've got our magic picks on this weekend as we are backing the Swans to end their turgid run of form. They could have been in the Premier League had things played out differently at the back end of last season but now things just aren't clicking; that said, performances – at least in part – have offered promise. Huddersfield aren't exactly rampant either though; they've only won two of their last five losing the other three. Their loss to Nottingham Forest last week was a particularly bad day and we fancy them to lose again here.

A game of great entertainment

With the exception of a couple of games where the opposition haven't really helped, Swansea fans have at least been entertained this season. Half of their last 10 games have broken the 2.5 goals mark and with a game average of 2.5 it's very much in the balance here. A big swinger on the over/under conundrum though I'd Huddersfield. Seven of their last 10 have seen at least three goals and their game average is  2.7. The last three head to heads have all gone over 2.5 too giving this bet value for sure.

Piroe to find the net

With Swansea regularly hitting the net it's perhaps not a huge shock to see our goal scorer tip come from their roster. The man we're backing is summer addition Joel Piroe; he arrived from PSV and has hit the ground running. He has four league goals in seven appearances and three in his past five including last time out where his introduction at half time helped turn the game on its head. Given he was rested in the midweek cup game we fancy him to get the nod from the start here.

The best odds for Swansea vs Huddersfield

Swansea fans need to have a little patience; that would be our message as Russel Martin clearly has a blueprint that is taking a bit longer to implement than some thought. There has been enough in show to prove they're moving in the right direction though. Last week proved that; a woeful first half was followed up by a wonderful second as they came from 3-0 down to draw. If they can cut out the silly mistakes they'll climb the table no doubt.

For Huddersfield, their start has been steady enough and they're going a tad under the radar at the moment with nobody stealing too many headlines. That's not because there aren't good players in the squad rather that they're sharing the wealth. In Frazier Campbell, Danny Ward and Josh Koroma they have firepower to hurt most.

Final questions on Swansea vs Huddersfield 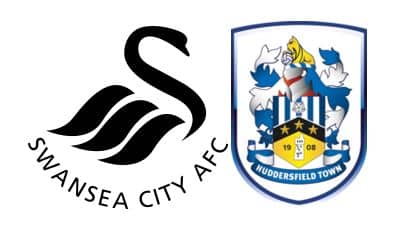