Swansea vs Fulham: Our betting tips

Fulham opened up a further gap at the top of the Championship on Saturday. Will they bag another three points here to keep the title charge on track? Find out with our Swansea vs Fulham match preview with free tips, predictions and odds mentioned along the way.

Swansea have certainly found a little bit of form of late having won three of their last four games but they're still some way off the level required to be beating a side like Fulham. Whilst Swansea have lost four of their last eight games, Fulham have lost just two across the same period and one of those defeats came against Man City! More importantly than that though, Fulham have won three on the spin heading into this game. That combined with the fact they've beaten Swansea in each of the last three meetings is good enough for us that they probably will again.

No way both sides score

Our next prediction for this game is that at least one side will fail to score. Swansea have seen just two of their last five matches end with goals for both teams; they've kept one clean sheet and failed to score twice. Fulham have the same number of games where both teams have scored I.e. two of five but, unlike Swansea, they haven't failed to net in that period. Three of the last four meetings between the sides at Swansea's home ground have ended with a nil in the score line too.

Check out the key stats & form for Swansea vs Fulham

On paper, Swansea and Fulham locking horns should be a terrific footballing advert for the Championship with both teams playing good football. If Fulham avoid defeat, they'll likely be plying their trade in a higher league next season.

Swansea's inconsistency has plagued them all season long but it looks like they're slowly getting there now. Next season they'll expect a playoff push as the minimum so this game will be a great yardstick by which to measure their progress.

Fulham are absolutely flying at the top of the Championship standings. They won on Saturday as their nearest rivals, Bournemouth, lost. It means they could go 14 points clear with a win; that's a pretty big incentive to get the job done.

A brief FAQ ahead of Swansea vs Fulham 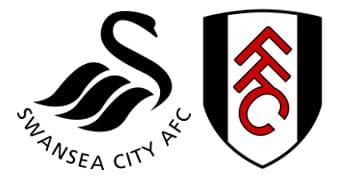