Swansea vs Derby: Predictions and Free Betting Tips for Saturday

Below, you can check out the most popular free tips, which our Championship betting experts came up with. Our recommended bookmaker for this match is Ladbrokes.

Please keep in mind that all odds are subject to change, and you will have to double-check them before you place any of the bets listed above. If you want to bet on more Championship games, you can open our site and find more Championship betting tips.

Swansea won or drew four of their last five Championship games, while their current opponent lost all five of their last fixtures. Derby might have won the last head-to-head in December, but we believe that Swansea will take three points because they will be more motivated to qualify for the playoffs this year.

Swansea has had an average of two total goals this Championship season, while Derby's average is even less – 1.9 goals per game. The Swans have only scored more than two goals in their last ten games only once when they faced Millwall this month. Derby hasn't scored more than 2.5 goals in a match since December of last year.

Jamal Lowe is Swansea's second-best goalscorer this Championship season and he has fourteen goals. If he keeps up his current scoring tendencies, he might become the top scorer of the team soon, considering he is only two goals behind Ayew. Lowe scored six goals in the last eight Swansea fixtures.

Swansea vs Derby: Latest Stats and Other Essential Data

You can check out how both teams did in the last head-to-head matches and also their last Championship games, from the table below.

Swansea vs Derby: Preview, News, and Injuries for Both Clubs

If Swansea can't get enough points, they might end up missing the playoffs this season, so they will have to focus in this game. They are in better form than Derby and we expect them to win in the upcoming fixture between them. Swansea only has three injured players, which have been missing for a while now.

Derby's injury report is longer – they will be missing a total of seven players. Among them are three defenders, two midfielders, and two forwards, including Lee Gregory, Jack Stretton, Beni Baningime, and Andre Wisdom. 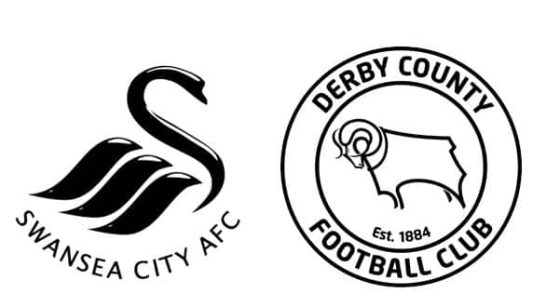 Important Queries You Should Ask About the Fixture