With the Championship nearing its conclusion, it's a crucial time for both Swansea and Cardiff to secure their positions on the table. The two sides are bitter rivals and with the stakes set this high, we can be expecting an intense football match. Stay with us if you are interested in betting on the South Wales derby.

Our predictions are brought to you by our team of betting experts, and the odds are provided by our recommended bookmaker Ladbrokes.

The odds are true at the time of writing but may change at all times. Proceed with caution when placing your final bet. Our recommended bookmaker for this match is Ladbrokes.

In recent years, the Jacks have been the favorite in the South Wales derby. Cardiff’s last recorded victory over their rivals came in 2013. Ever since then, not only has Swansea drawn or won all the games, but they haven’t conceded a single goal in this derby. The odds of 31/20 bring a great value to this pick.

Although Cardiff has failed to find the net against Swansea in their last 4 meetings, the Bluebirds look in a good spot to break that negative succession. With 54 goals in 37 matches, Cardiff has one of the best offenses of the Championship, scoring more goals than league leaders Norwich. Swansea on the other hand only failed to score in only one of their last 5 games.

Due to the rivalry of the match-up, we expect this to be a turbulent and intense game, which can be a prerequisite for a few goals. The odds of 27/20 for an Over 2.5 Goals bet are rarely seen, so the value definitely is there. This pick has hit in 3/5 last Swansea games, and 2/5 Cardiff matches.

Swansea vs. Cardiff: The head-to-head stats shouldn't be disregarded

Also, make sure you check the various operators for the best odds you can get.

Swansea vs. Cardiff: Do we like what we have seen from the teams lately?

Swansea is shooting its shot at a long-awaited Premier League return and finds itself in a fairly decent form. The Jacks have recently suffered a 3-0 defeat to Bournemouth, but other than that they've rarely dropped points. Their last 10 games include a victory and a clean sheet against Norwich, and losses only against Huddersfield and the Cherries.

Similar to their rivals, Cardiff also has a chance to qualify for the top-flight. Just 5 points short of the top-6, the Bluebirds will be happy getting any points visiting Swansea. Cardiff is experiencing a bit of a bad beat, winning only 2 of their last 5 games. The good news is that they beat Bournemouth and drew against Huddersfield – the sides which defeated Swansea. Despite the points gap between the two, this is still a fairly double-sided match. 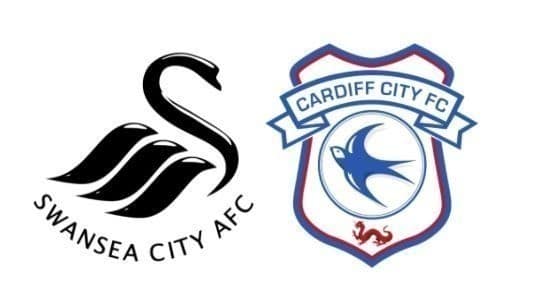 If you are looking for more expert Championship analysis and betting predictions, just head over to our other article.