Games at the Swansea.com Stadium don't come bigger than a derby match between Swansea and Cardiff. Who will leave with bragging rights in the bag? Find out with our Swansea vs Cardiff match preview with free tips, predictions and odds mentioned along the way.

Swansea vs Cardiff: Our Tips

Cardiff to grab much needed win

There is no hiding the fact that Cardiff have been in utterly dreadful form; that's just clear to see. The good news for Bluebirds fans comes in the shape of an old cliche, which is “form counts for nothing in a derby”. The bad news is we still have to talk about it. Cardiff have lost their last five games. Thankfully, they face a Swansea side that aren't exactly flying; they've only won one of their last five and, across the 11 games to date, the two are only separated by goal difference. Given the pressure on Cardiff boss Mick McCarthy right now, we just think he'll pull something out of the bag.

Blood and thunder but not many goals

Our next tip for this match is that it will be a low scoring game. Swansea have seen three of their last five end under 2.5 with Cardiff posting a record that reads in the same manner albeit they've had a couple of real hammerings in that five game period. The last four meetings between Swansea and Cardiff have ended short of 2.5 though and when you consider both teams are low on confidence they're likely to go with a safety first approach.

Our final prediction is backing a defender – specifically Cardiff man Aden Flint – to score in the match. Insane? Well, not really. He's already scored four goals this season and Cardiff's biggest threat is set pieces, which puts Flint right up there amongst those likely to score. Swansea will have to watch the former Bristol City man very closely in their box because you know for a fact that any corners or freekicks will be looking for his head.

Find the best odds for Swansea vs Cardiff

As things currently stand both of these teams are in danger of getting sucked into a relegation battle; it might seem bonkers to say but neither are capable of stringing wins together. For Swansea, the early season was seen as transition under a new manager but that argument is wearing thin now; Russell Martin will be hoping his options will be improved with a few first teamers – including Michael Obafemi – on their way back from injury ahead of this game. Talking of wearing thin, Mick McCarthy is under insane pressure and if his Cardiff side were to be comfortably turned over here it could be curtains. He'll be looking to the likes of Aden Flint and Kieffer Moore to keep his team fighting.

FAQ on Swansea vs Cardiff 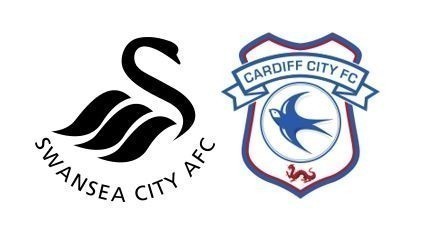