There have been plenty of positive noises made about Swansea this season but the cold hard facts are that they're not performing anywhere close to what they were doing last year at the same time. A win here would go some way to correcting that but can they get the win? Find out with our Swansea vs Blackpool match preview with free tips, predictions and odds mentioned along the way.

Swansea vs Blackpool: A trio of free tips

We begin our predictions by remaining firmly on the fence; by that we mean we are backing the game to end as a draw. Swansea have won three of their last five games and are unbeaten at home in seven games. Blackpool meanwhile are on a run of just one loss in their last five whilst they've won three of their last five away games including their last two. The two sides haven't faced each other for a long time now but there is very little in the head to head record either; Blackpool have won two of the past five with Swansea winning one and the other two ending level.

The value is in the ‘under'

A prediction of under 2.5 goals might look ambitious as you weigh up the stats, however, when you consider the betting odds associated to the market it is actually a wager that we believe carries very decent value. You have to go back to October 2nd for the last time Swansea went under 2.5 goals in a game but Blackpool's last four have all fallen south of that cut off. Furthermore, when you look at Swansea's home form this season, they only average a total goals of 1.8 per game. Blackpool's overall average is just 2.3.

We might be suggesting that goals could be few and far between but that doesn't mean we won't see someone find the back of the net. If goals to do in then it's very likely that Swansea man Joel Piroe is amongst the scorers. He has five goal involvements in his last five games with three of them goals and he is Swansea's top scorer for the season so far with nine goals to his name.

Find the best odds for Swansea vs Blackpool

Swansea might be worse off than they were at this stage last season but there is still optimism around the club both in results and the style that is being played; it's not all been plain sailing but a run of form will put them firmly in the playoff hunt. If they're to do that Joel Piroe, who we've backed to score, will play a big role. For Blackpool, they'll be looking at the top six right now too given they are only one point off QPR in sixth. A playoff push was never expected but, with Jerry Yates only now finding his groove in the Championship, never say never.

FAQ on Swansea vs Blackpool 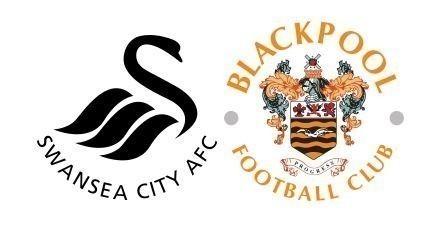