QPR arrive into this match with back to back wins. Can they make it a hat-trick here? Find out with our Swansea City vs QPR match preview with free tips, predictions and odds mentioned along the way.

Things have not gone too well for Swansea City in recent weeks; they've won just one of eight games in all competitions, with no wins in their last four games. As it stands, Swansea are just above the relegation zone, with six points from seven league games. Although Queens Park Rangers have had their fair share of struggles lately, they've done a lot better than Swansea in recent weeks. In fact, QPR are coming off back-to-back wins, with no losses in their last three games; they've also had Swansea's number in recent encounters between these two. QPR did not lose, or concede a single goal in their last three meetings with Swansea; and considering both teams' recent form, we're leaning towards the visitors here.

Backing goals at both ends

Although we've mentioned that QPR did not concede in their last three clashes with Swansea, we should expect that to change in this match; that is because Michael Beale's men did not keep a single clean sheet in their last 11 matches. We would like to point out that both teams were on the score sheet in six of QPR's last seven games. Likewise, Swansea have scored and conceded their fair share of goals recently; with both teams scoring in three of their last four games. On that note, both teams should find the net in this game.

Will QPR make it three wins on the spin?

This season was supposed to be different for Swansea after their slow start last year but here we are in September and the Swans only have one win to their name. QPR had made somewhat of a false start to the new campaign as well but two wins on the bounce may have kick started their season.

Russell Martin will be glad to have Ben Cabango back from suspension; as the Welsh defender was ruled out of their previous match due to a red card. Joel Latibeaudiere is still recovering from a shoulder injury, while Liam Walsh has an Achilles problem.

Queens Park Rangers have no new injury concerns heading into this match; Jake Clarke-Salter and Taylor Richards remain sidelined due to injuries. However, QPR have won back-to-back games, with no losses in their last three games, so they should do just fine without these players.

A quickfire FAQ on Swansea City vs QPR 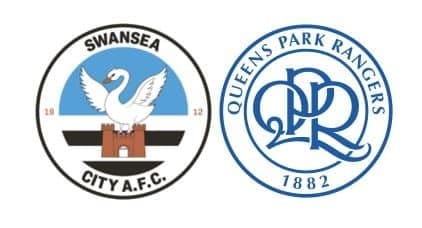