Millwall have started the season in sensational form; will that continue here? Find out with our Swansea City vs Millwall match preview with free tips, predictions and odds mentioned along the way.

Millwall have had some mixed results recently; they have two wins, a draw and two losses in their last five games. To be fair, Swansea have not fared any better; they've won just one of four games in all competitions this season, with a draw and two losses. However, it's worth noting that Swansea tend to do well against Millwall; they have no losses in their last five meetings with Millwall, with just one loss in their last 11 encounters. As a matter of fact, Swansea did not concede a single goal in their last three clashes with Millwall. Considering the Swans have the advantage of playing at home, we believe they'll take all the points from this match.

We've mentioned that Millwall did not score in their last three meetings with Swansea; because of this, recent encounters between these teams have mostly been low-scoring. In fact, five of the last seven clashes between these sides went below the 2.5 goal mark, with just one goal scored in their last two meetings. It's also fair to point out that eight of Millwall's last nine matches saw less than three goals scored; on that note, this will likely be a low-scoring affair.

Can Millwall maintain their unbeaten start?

Both of these sides had big weekends. Swansea won their first game of the season, which will be a huge relief for them whilst Millwall were involved in a humdinger of a clash with Coventry where they eventually came out on top. With both arriving in good spirits, it will be interesting to see how things play out.

Swansea are coming off a 1:0 win at Blackpool, thanks to a late goal by Olivier Ntcham; that was their first win of the season in all competitions. The Swans have four points from a possible nine in three league games so far; they'll hope to get their second consecutive win against Millwall.

Millwall bounced back from their recent losses against Sheffield United and Cambridge with a hard-fought 3:2 win against Coventry; despite being two goals down, the Lions never stopped fighting until the end. Gary Rowett's men will have to face a Swansea side they haven't beaten in their previous five encounters; will they be able to take all the points from this game?

A quickfire FAQ on Swansea City vs Millwall 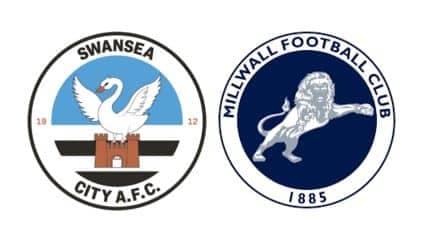