The 2018/19 Premier League campaign didn’t serve up many surprises. Manchester City reigned supreme, becoming the first team in ten years to retain the title, but it was expected.

The top six remained unchanged from last season while the bottom three was made up of the usual suspects.

The Golden Boot was shared three-ways as Mohamed Salah, Sadio Mané and Pierre-Emerick Aubameyang all finished the season with 22 goals to their names.

However, on a more individual basis, there were surprises aplenty. Especially when looking at certain stats.

Here, we look at a number of surprise statistical stars of the 2018/19 campaign. To make things a little fairer, the only players considered are those who appeared in a minimum of 1,000 minutes in the Premier League.

To kick things off, we’re looking at open play expected goals contributed on a per 90 minute basis (xGC90). This stats combines expected goals and expected assists to show which players were dangerous, even if it didn’t translate to actual goals and assists. 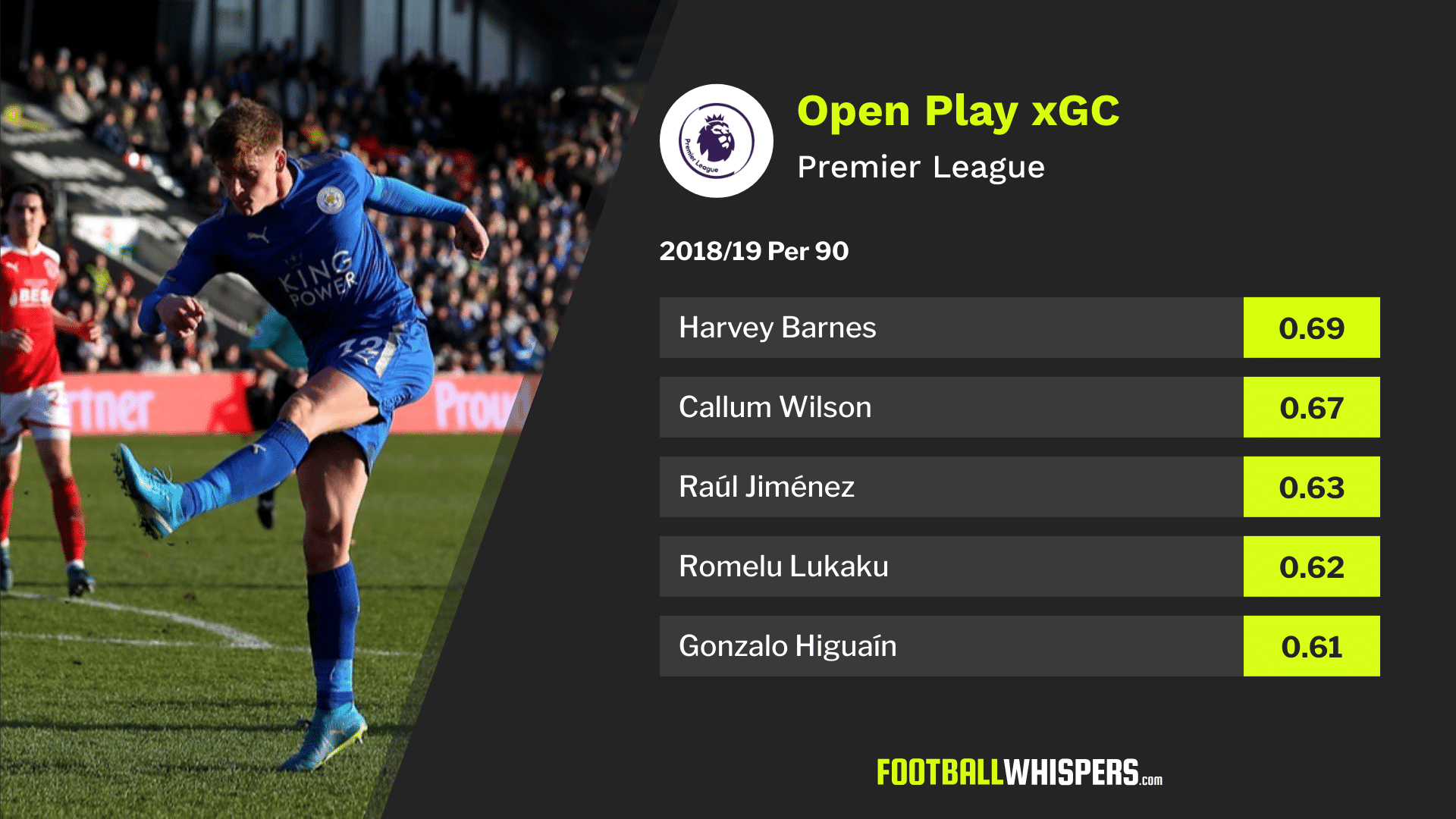 Sergio Agüero tops the list and is closely followed by team-mates Raheem Sterling and Gabriel Jesus. Salah and Aubameyang make up the top five. However, it’s once you get beyond those five that the surprises appear.

Leicester City youngster Harvey Barnes, who spent the first half of the season on loan with West Brom, finished the season with an xGC90 average of 0.69. It exceeds what the likes of Callum Wilson, Raul Jiménez, Romelu Lukaku and Gonzalo Higuain managed despite that quartet being out and out strikers.

And even bigger surprise might be the fact that all of these players had a higher xGC90 than Mané. The joint-top Premier League scorer finished the year with an average of 0.6, the same as team-mate Roberto Firmino. 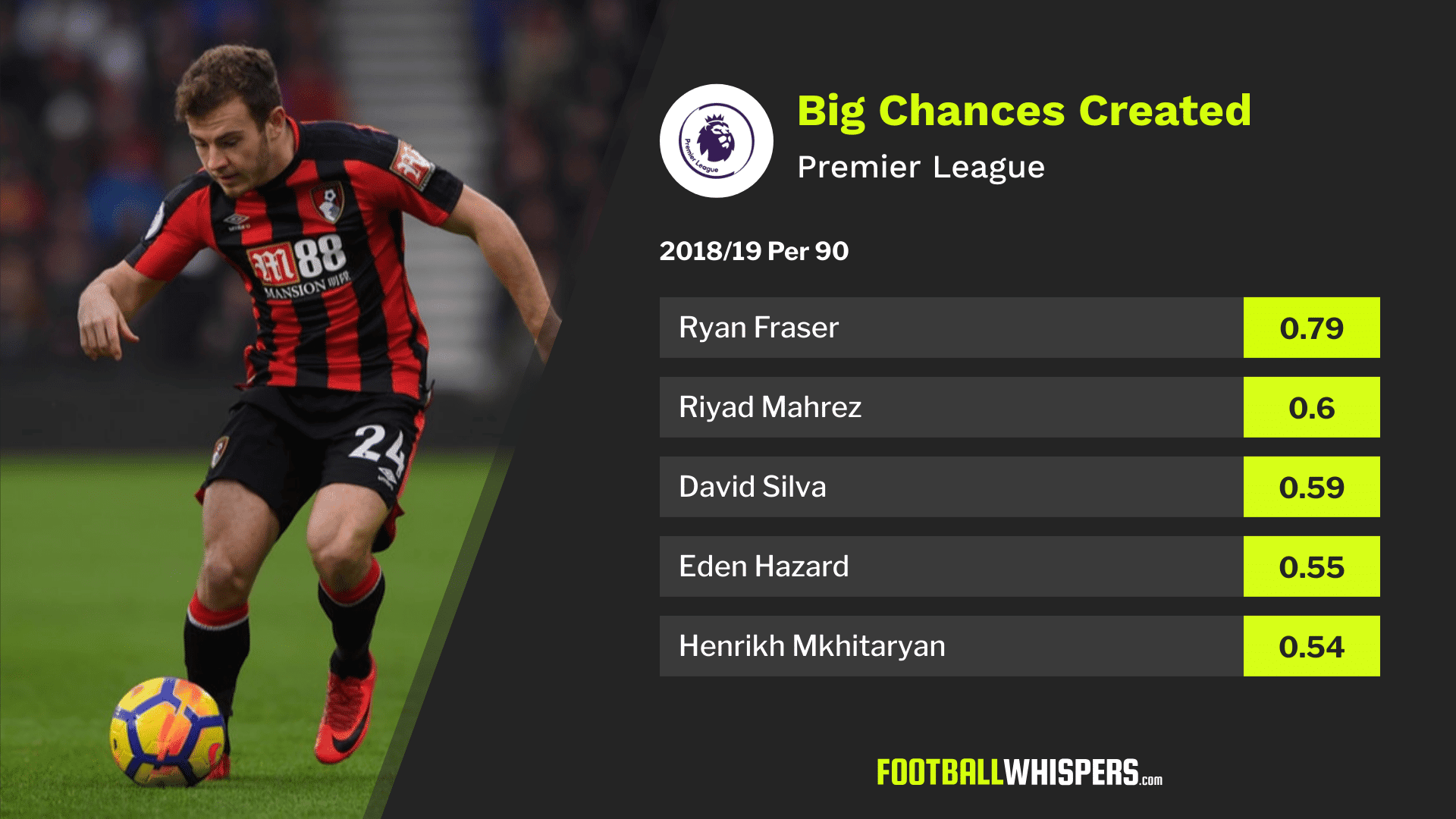 A top five made up of surprises for the most part. Ryan Fraser, rumoured to be an Arsenal transfer target, had an outstanding season for Bournemouth and finished the season with 14 assists, just one shy of Eden Hazard. The 25-year-old did, however, create more big chances than his Belgian counterpart.

Fraser's 0.79 puts him as a clear winner in this category. Way ahead of Riyad Mahrez, a man who struggled to cement his position in Pep Guardiola's starting XI, David Silva, Hazard and Henrikh Mkhitaryan.

It's an interesting list due to the fact three of the top five were perceived to have had underwhelming seasons.

Silva was overshadowed by his namesake Bernardo, Mahrez was a squad player at the Etihad and Mkhitaryan struggled to find a role in Unai Emery's Arsenal side. Yet all three created over 0.50 big chances on a per 90 basis. 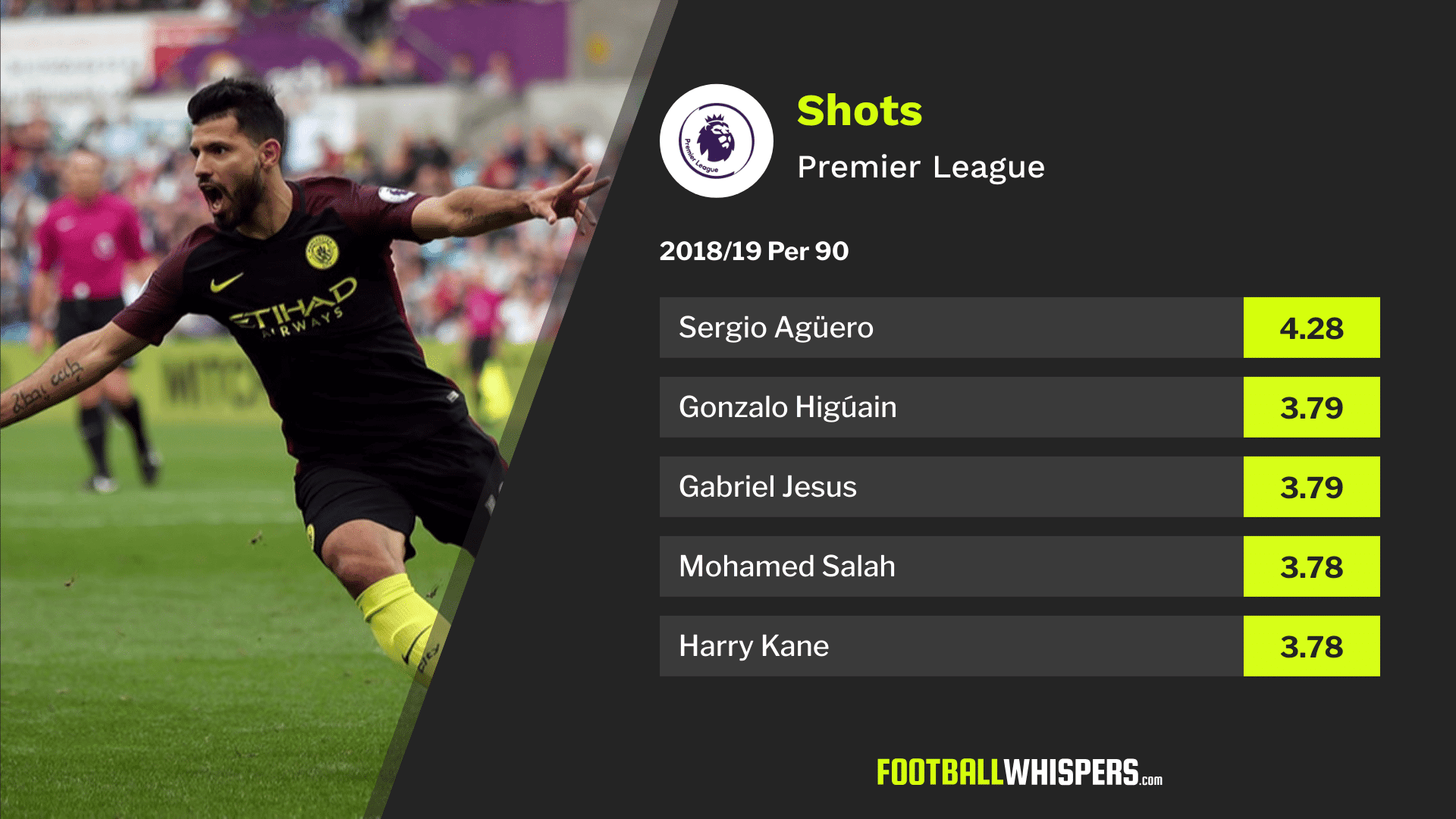 It's no surprise to see reliable goalscorers on this list. Agüero and Jesus lead the line for perhaps the most dominant side in Premier League history so taking a higher number of shots comes with the territory.

Salah is Liverpool's main man just as Harry Kane is Tottenham's, they're the big goal threats so opportunities come their way on a regular basis.

The big shock, however, is seeing Higùain's name in the top five. The Chelsea man failed to set Stamford Bridge alight following his loan move in January. He netted just five times, with three of those coming against teams who finished in the bottom three.

He scored in a 2-2 draw with Burnley and then in the 3-0 win over Watford. The 31-year-old finished the campaign having averaged a goal every 218 minutes and he drew blanks in big games against Liverpool, Manchester City, Manchester United and Spurs.

Despite all of this, only one player averaged more shots than the Argentine hitman. Was the lack of goals down to poor finishing or just bad luck? It's clear he was getting opportunities. 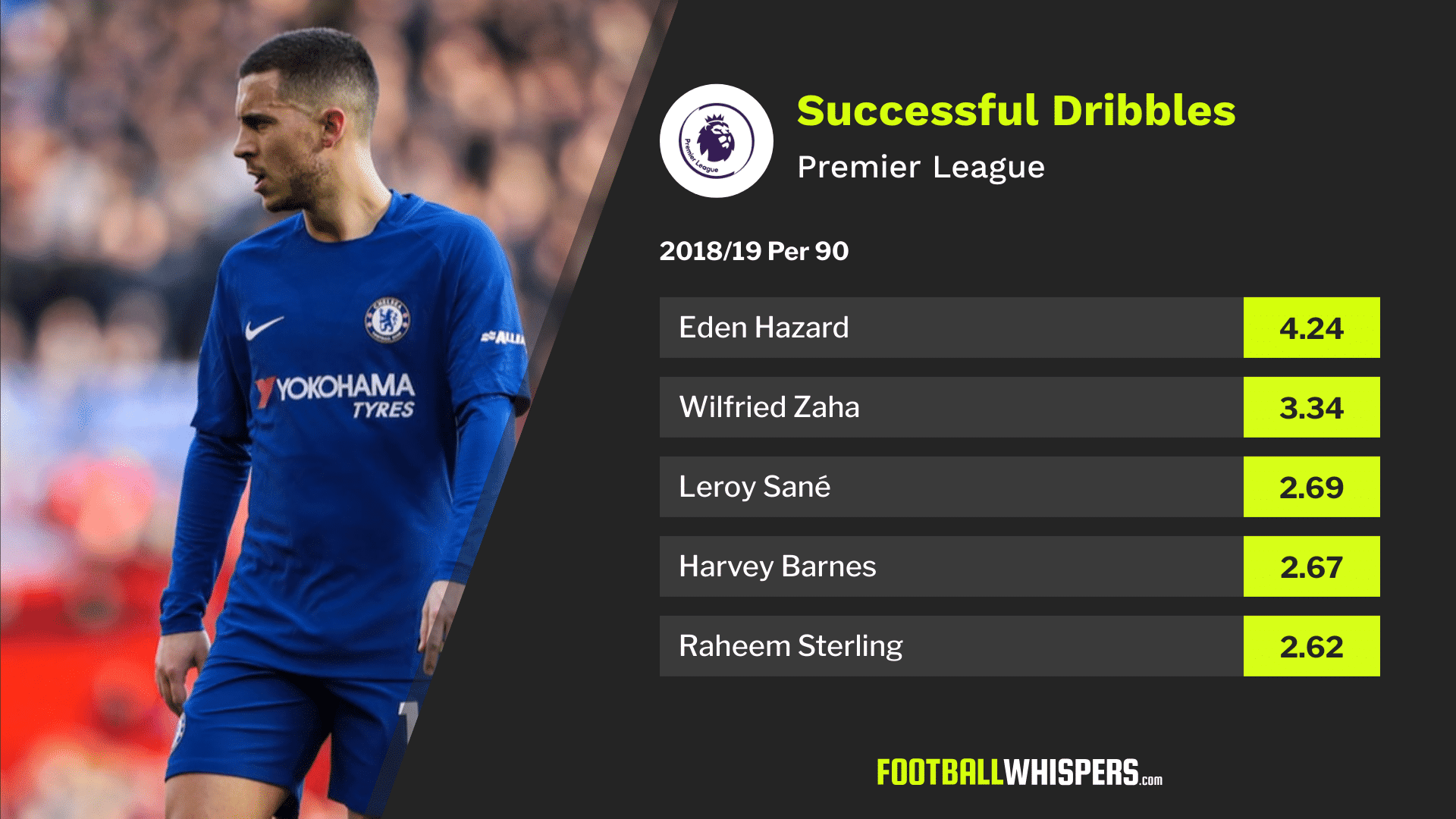 It's that man Barnes again popping up on the list. The Leicester City youngster is definitely a player opposing teams should be wary of.

Not only is he somehow who gets into good goalscoring positions on a regular basis, but he also creates high-quality chances for team-mates. And to make up the holy trinity, he's an established dribbler.

The 21-year-old isn't in the same league as Hazard or Wilfried Zaha but he does hold his own against Leroy Sané and Sterling. He could well be one of the players to look out for during the 2019/20 season if his stats this year are anything to go off.

He may have only scored one Premier League goal but all of the stats suggest he could be someone who finds the back of the net with great regularity from a wide position. He's the definition of a statistical star.