Sunderland are in danger of missing out on a Wembley showdown after losing the first leg of this playoff semi-final. Lincoln still have work to do though. The question is will they get over the line? Find out with our Sunderland vs Lincoln match preview with free tips, predictions and odds mentioned along the way

Sunderland vs Lincoln: Here are the best value free betting tips for the match

Check out the markets with the best odds below.

Check for updates regularly because all odds are subject to change. Our recommended bookmaker for this match is Ladbrokes.

Sunderland to win but Lincoln to progress

Lincoln's 2-0 win in the first leg just of this semi-final means they've now played Sunderland four times this season. They're unbeaten in the last three, which will give them some confidence of getting another result. The trouble is that other meeting ended in a huge 4-0 win for Sunderland. Psychologically, the Black Cats will look at that and know this tie isn't over. They do only have one win in their last 10 but with what is at stake it's time their players step up. Lincoln have only won two of their last five too so they're hardly facing the most in-form side either.

Our first prediction has touched in the fact that Sunderland simply have to win this game. That has to be their first objective. The home side will know that an early goal would really put Lincoln under pressure and they'll be going all out to get that positive start. Lincoln will have their chances of getting on the scoresheet though. They've scored in nine of their last 10 games with Sunderland not keeping a clean sheet in 11 attempts.

Both Sunderland and Lincoln have a record of their games going over 2.5 in five of their last 10 fixtures. With the first leg coming in under at 2-0, you'd have to say this is a match that could go either way in terms of the total goals. We're making the prediction that we see at least three goals though. A big part of that logic is based on the fact that Sunderland will achieve nothing without expressing themselves in an attacking sense. Not only will that improve their chances to be amongst the goals but it will allow Lincoln opportunities to pick them off.

Sunderland vs Lincoln: Let’s have a quick form check as well as a head-to-head stats analysis

See also where you can get the best match betting odds for the game.

Heading into the playoffs Sunderland were the bookmakers favourites to win promotion. Those odds look somewhat different now with Lincoln half way to booking a Wembley showdown with, probably, Blackpool. In truth it will be disastrous for Sunderland if they fall short. For Lincoln it will be the stuff of fairy tales. Then you have the neutrals and, let's face it, if we get a goal filled game of drama then we're happy. 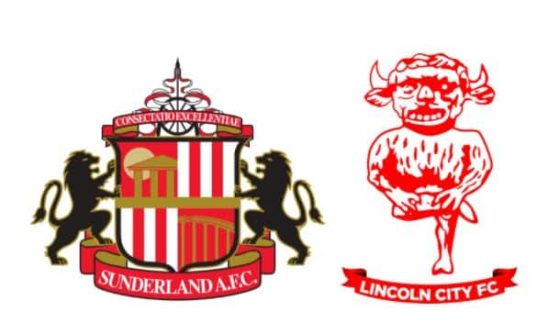