Sunderland and Charlton both have their eyes on promotion albeit through different avenues. Who takes another step in the right direction this weekend? Find out with our Sunderland vs Charlton match preview with free tips, predictions and odds mentioned along the way.

The betting tips you need for Sunderland vs Charlton

A look at the head-to-head records between these sides would suggest Charlton have Sunderland's number; they've only lost one of the past 10 meetings back to 2001. It doesn't tell the entire story though because although Charlton sit near to the playoff places, they seem to stumble every time they face off against a so-called ‘big side'. Losses to Blackpool, Portsmouth, Peterborough and Hull in 2021 is evidence enough. Sunderland meanwhile just keep rolling on as they eye up an automatic promotion spot; they are unbeaten in 14 having won 11. They've played Posh and Pompey in that run too so it's not been all ‘gimmes'.

Charlton to notch just the one

The second of our tips is that Charlton will score a solitary goal in this match. A safer bet would be to back them under 1.5 goals but the odds aren't nearly as attractive hence we're going for the educated risk. What drives us to this decision? Well, Sunderland have conceded in three of their last five games; each time it's been just the one goal. Charlton themselves have a similar affinity to the ‘one goal'. Their form away from the Valley has seen them finish the action with a single goal six times in their last 10.

Sunderland to win but not by a landslide

Our final prediction is looking at both Sunderland to win and there being fewer than four goals in the game. Charlton's last 10 away games haven't consisted of more than three goals with their last game over that all important tally coming back in December. Sunderland have recorded a couple of victories that would breach this bet but not frequently (twice in their last 10 victories) and not against the likes of Charlton; Oxford and Doncaster were the two sides on the receiving end. Then it's just whether or not Sunderland win. We've already tipped them to do that.

Sunderland vs Charlton: Find your form and odds here

Sunderland vs Charlton could be huge in terms of the promotion shake up. The hosts are desperate to avoid the playoffs whilst Charlton are chomping at the bit to sneak in them. Charlton will have their work cut out but if they leave the Stadium of Light with three points then they'll be buzzing for the last few matches of the season.

Sunderland vs Charlton: What you need to know 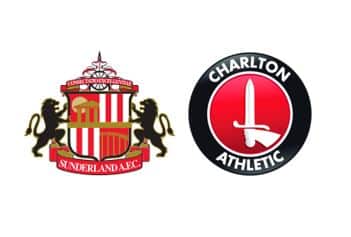