Morocco look continue their sensational run in the World Cup qualification campaign when they take on Sudan at the Stade du FUS in the midweek action. This will be the first of the two World Cup qualifiers for Morocco before they enter into the next round.

Sudan fought back valiantly to get a point from their game against Guinea. The match ended as a 2-2 draw after Sudan were able to come back twice. Morocco continued their outstanding form with a 4-1 win over Guinea back in October.

Morocco have easily been one of the top teams in the CAF World Cup qualifiers. They have been able to destroy opponents with ease so much so that they have a 100% record in the group matches. Sudan are at the opposite end with no wins from the first four matches. Sudan have also been unable to win a game against Morocco in two attempts. The stage is set for more pain for Sudan considering the form of the visitors.

Morocco may not concede a lot of goals but the team has been able to score a lot of goals at the other end. As a result, all three of the recent World Cup qualifiers for the Monaco have witnessed more than 2.5 goals. Sudan’s defensive inefficiencies could lead to this run stretching further.

To win to nil – Morocco

Sudan are yet to score a goal against Morocco even after two attempts. It is very unlikely that the hosts might be able to get a goal in this game considering the form of the opposition, who have conceded just one goal in the last five matches.

Top Betting Odds and Stats for Sudan vs Morocco

Sudan are only playing for pride in the remaining two matches of the World Cup qualifiers. Furthermore, the team also has to start preparing for the upcoming Arab Cup, which begins in December. As a result, Sudan might have some experiments in the squad.

Morocco will not be in a mood to concede the form that they have built up over the last few years. Since the 3-2 home defeat against Gabon just over two years ago, Morocco have been able to avoid defeat in all competitions. Amidst such extraordinary sequence, Morocco are looking to feature and come out successful in the Arab Cup.

Questions about Sudan vs Morocco 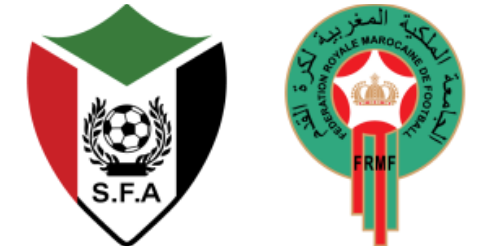 Where is the match scheduled? Stade du FUS

Which team is the favourite to win? Morocco