Daniel Sturridge isn’t usually the first name on Jürgen Klopp’s team sheet but he should be for the match against Southampton. Liverpool failed to score against the Saints in all four of their matches last season and despite being under new management they’re just as resilient this time around.

However, there is a chink in their armour and if Liverpool are to fully exploit it then they need their most clinical finisher on the pitch, more specifically in the penalty area.

Sturridge may not be the striker he once was, he’s nowhere near as ruthless as he used to be, but he’s still the best finisher in the Liverpool squad and if he’s given opportunities he’s more than likely going to finish one of them off.

And that’s all the Reds might need to bag the three points against their former defender, Mauricio Pellegrino.

The Saints have made a lukewarm start to the season under the Argentine manager. He’s won three, drawn four and lost four of his opening 11 matches and they currently sit in 13th position, just the four points clear of 18th placed West Ham United.

They’ve kept four clean sheets and their heaviest defeat of the season was at home to Watford when Marco Silva’s men won 2-0. All of their other defeats have been by the odd goal, all 1-0 losses.

On average they’re conceding a goal a game and their biggest issue, on paper, is their inability to score goals. They’re currently on course to score 31 goals this season, that’s looking at their average goals per game of 0.8.

While putting the ball in the back of the net is an issue for Manolo Gabbiadini and Co, there is a deeper lying issue within the team just waiting to be exploited. When you look at expected goals (xG) stats from recent matches against Brighton, West Brom and Stoke City, all three teams underperformed in front of goal.

Southampton conceded just the four goals but the xG for the opposition in those games added up to a total of 6.7. It might not seem like a lot but when you break it down it’s almost one goal extra per game.

Furthermore, what many people consider to be sitters aren’t actually rated that high on the xG scale meaning for the opposition to rack up almost one goal extra they must’ve been creating a number of decent chances but lacking that clinical touch.

There’s a feeling that the Saints are riding their luck a little, and sooner or later it will run out. Sturridge might not be in Klopp’s best starting XI but sometimes you have to tweak the team to expose the weaknesses of the opposition.

Roberto Firmino, Mohamed Salah and Sadio Mané all offer the Liverpool team something different but the trio aren’t the sort to camp out in the opposition’s penalty area waiting for a half chance and against Southampton that’s seemingly what you need.

Of the 11 goals Pellegrino’s men have conceded this season, seven of them have arrived from crosses into the penalty area. There’s not just one type either. Crosses can be floated or drilled, low or high.

The Reds might not be famed for their crossing but when they have to they aren’t averse to it. During the 3-0 win against Maribor they put 49 crosses into the penalty area and some of the deliveries caused chaos, one of which Sturridge scored from. A similar tactic on Saturday could see the scoreline being replicated.

Why Sturridge Should Start

The former Manchester City forward may only have three goals to his name this season but, again, stats aren't telling the whole story. He's been getting into good positions in most matches and chances are coming his way. He just hasn't be able to turn these chances into goals as often as fans would have liked.

You can view it as him being wasteful if you're a cup half empty kind of person, or look at it as a positive that he's getting into such positions on a regular basis.

If he continues performing as he is it's only a matter of time before he gets into the swing of things again. And Southampton could be the perfect opportunity for him to do so. Yes, crosses into the area may appear to be bread and butter for Virgil van Dijk , the Liverpool transfer target averages over five aerial duels won per 90 minutes. But they're conceding goals that way so aren't impenetrable. 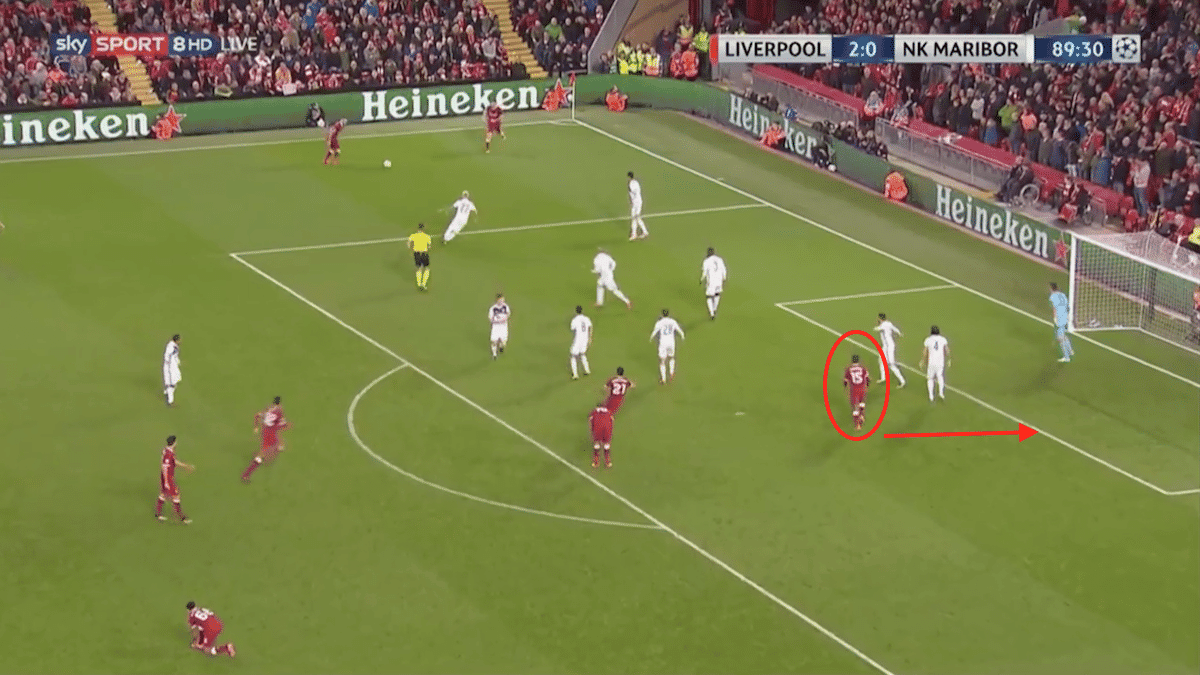 His intelligent movement sees him carve out openings others wouldn't. He nodded home against Arsenal after a great run off the ball and his goal against Maribor arrived after he peeled away to the back post. He brought the ball home and finished emphatically.

The Reds won't just benefit from his movement though. His general positioning leads to chances. Southampton defend deep and coming to Anfield to do that takes a lot of concentration if they're to see it out for 90 minutes. Players will inevitably make the odd mistake and when that happens you want Sturridge on the pitch to take advantage. 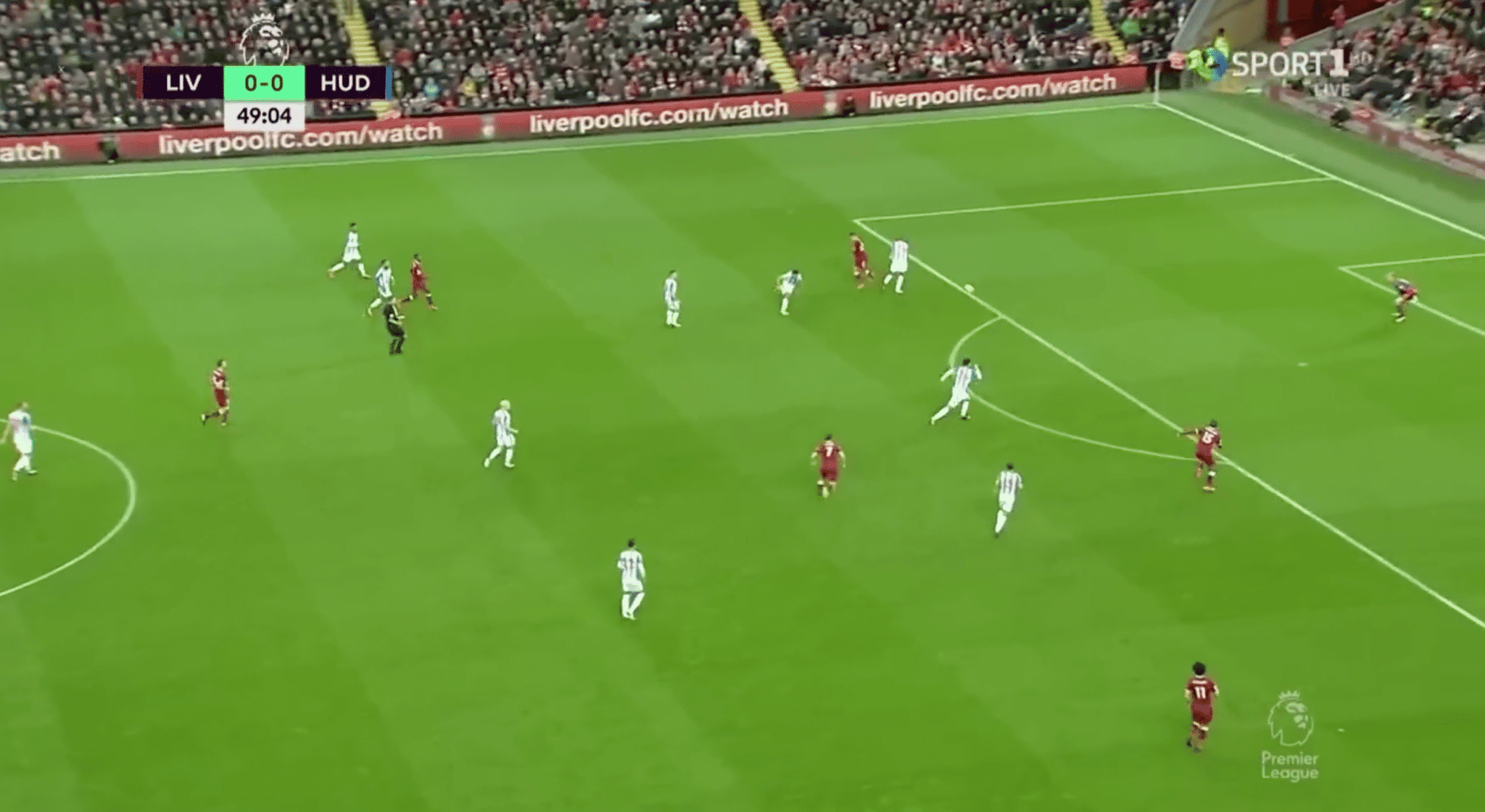 It happened against Huddersfield Town. A ball forward for Firmino was intercepted and rolled into the path of Sturridge who calmly clipped the ball over Jonas Lössl. Of course it's fortunate but the striker made his own luck by being in that sort of position. It's why elite strikers always tend to benefit from such moments of luck. 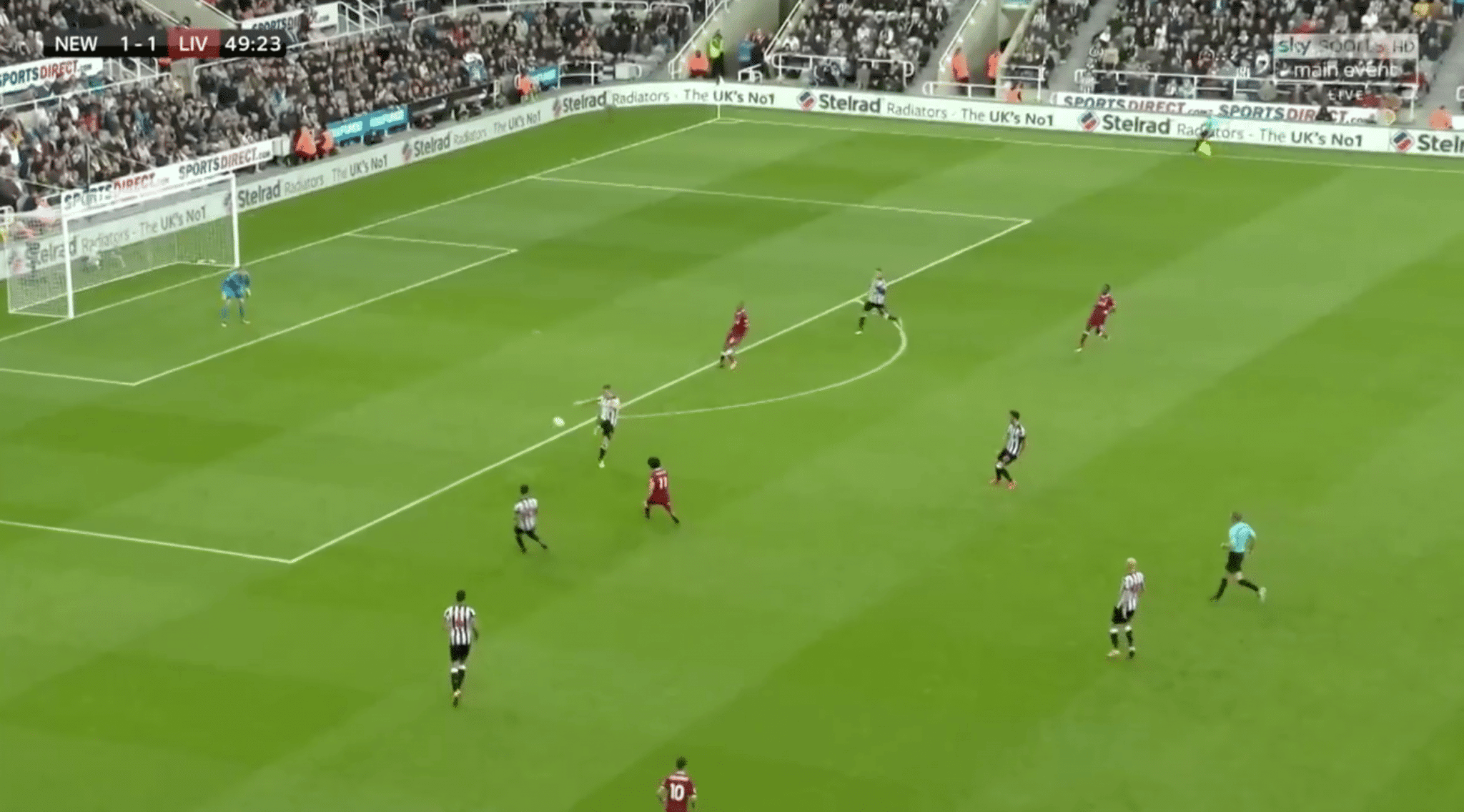 It happened against Newcastle United, too. The match finished as a 1-1 draw and the home side defended admirably throughout. However, just five minutes into the second half Sturridge benefited from a slice of good fortune to be put in one-on-one with the ‘keeper. Unfortunately for Klopp's men the striker was thwarted and the chance wasn't capitalised on. But again, he's in a position to take advantage.

He's not a one size fits all player but there are certain matches he seems perfect for. Putting Southampton to the sword seems right up Sturridge's street and Klopp should give it some thought.