Despite recent losses at the hands of Tottenham Hotspur and Newcastle United, it's hard to make a compelling case against José Mourinho having made progress with Manchester United since taking charge at Old Trafford in June of 2016.

With two trophies delivered and a rise to second in the Premier League, the Red Devils are in a healthier position now than the one the Portuguese boss found them in after taking the reins from Louis van Gaal.

It is entirely fair, however, to suggest that the progress Mourinho has made has been slower and less significant than would have been expected by this stage upon his initial appointment.

Comparing themselves to high-flying neighbours Manchester City, 16 points clear at the top of the table and the current bookmakers' favourites for Champions League glory, is an exercise in futility for United; Pep Guardiola's side are on course for a record-breaking season.

But judging them against their own standards and expectations, most would have expected Mourinho's men to sustain what would ordinarily pass for a title challenge. While they are the best of the rest behind City at the moment, their current points average, if maintained, would see them accumulate 79 points this season, a return which has only once been enough to claim the title in the last 20 years – United won the Premier League with 79 points in their Treble-winning 1998/99 campaign – and has rarely even been enough for second place.

A manager's primary purpose is to maximise the talent at his disposal. The main and enduring criticism of Mourinho's time at United to date has been his inability to find a system which suits his best players, instead persisting with a 4-2-3-1 shape that seems only to hinder those most likely to inspire a greater degree of progress.

Having toyed with the formation sporadically since arriving on the red side of Manchester, the Portuguese tactician would be well advised to revisit 4-3-3 as his base set-up.

Ever since Paul Pogba's £89million signing from Juventus in the summer of 2016, United fans who watched the Frenchman play in Italy have been crying out for him to be utilised in a midfield three.

In Turin, Pogba played his best football on the left of a central trio, afforded the protection of a deeper midfielder behind him and counterbalanced by the energy  and discipline of an additional box-to-box midfielder in the opposite side.

Since his return to Old Trafford, however, Mourinho has seen fit to deploy Pogba predominantly as part of a double pivot at the base of midfield in a 4-2-3-1 formation. While this is fine against weaker opposition, when United's dominance of the ball allows the former Juve star to roam freely, effectively making the Red Devils' shape more akin to 4-1-4-1, against better sides, Pogba is hamstrung in this role.

The 49-cap France international, despite his hefty price tag, has gaping flaws in his game; namely his positional discipline. Of course, it would be desirable for the midfielder to improve in this area and thus become more capable of thriving in the deeper role Mourinho has earmarked for him, but this is asking Pogba to be something he is not; placing an expectation on a player to not only do things he has never shown an aptitude for in his career, but demanding he perform these tasks consistently and at the very highest level, is absurd.

Again, stripping Mourinho's role down to its base principle: he is there to get every ounce of potential out of his charges, to add value to the sum of the parts at his disposal; that means building around your most gifted players and creating a platform upon which they can thrive; that means playing Pogba in his best position, not hammering a square peg until in splinters to vaguely fit a round hole. 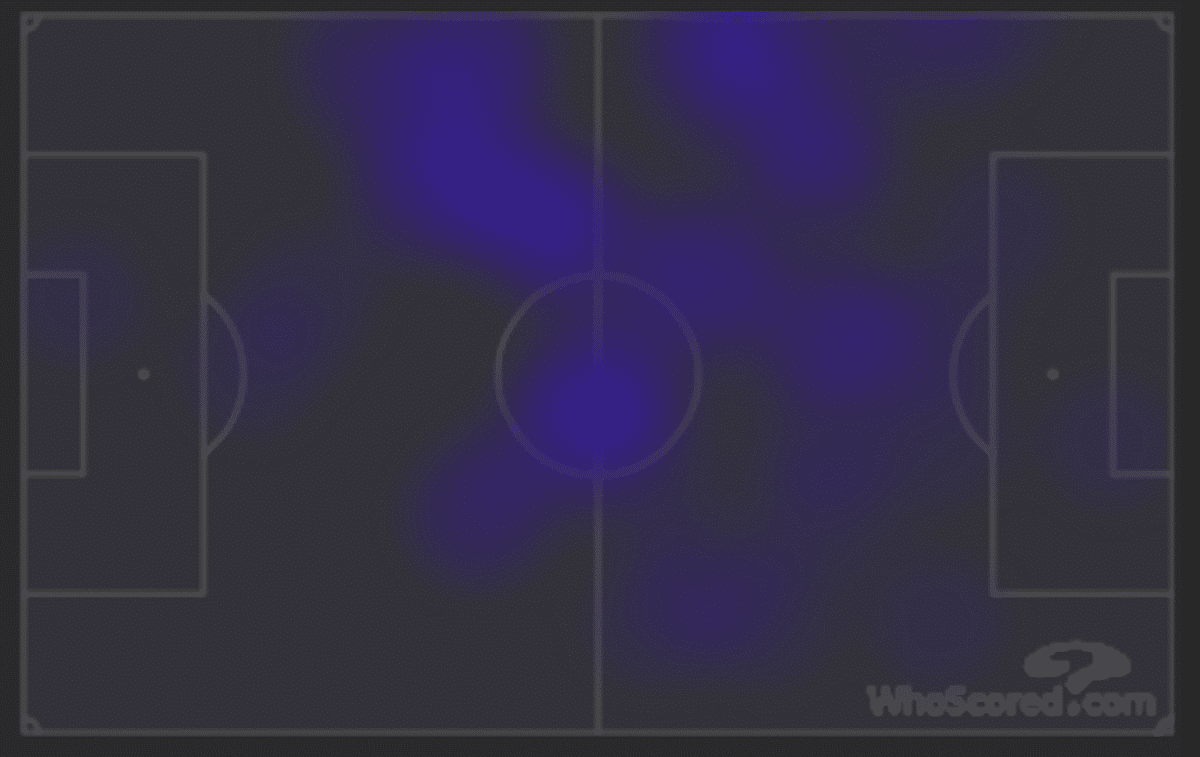 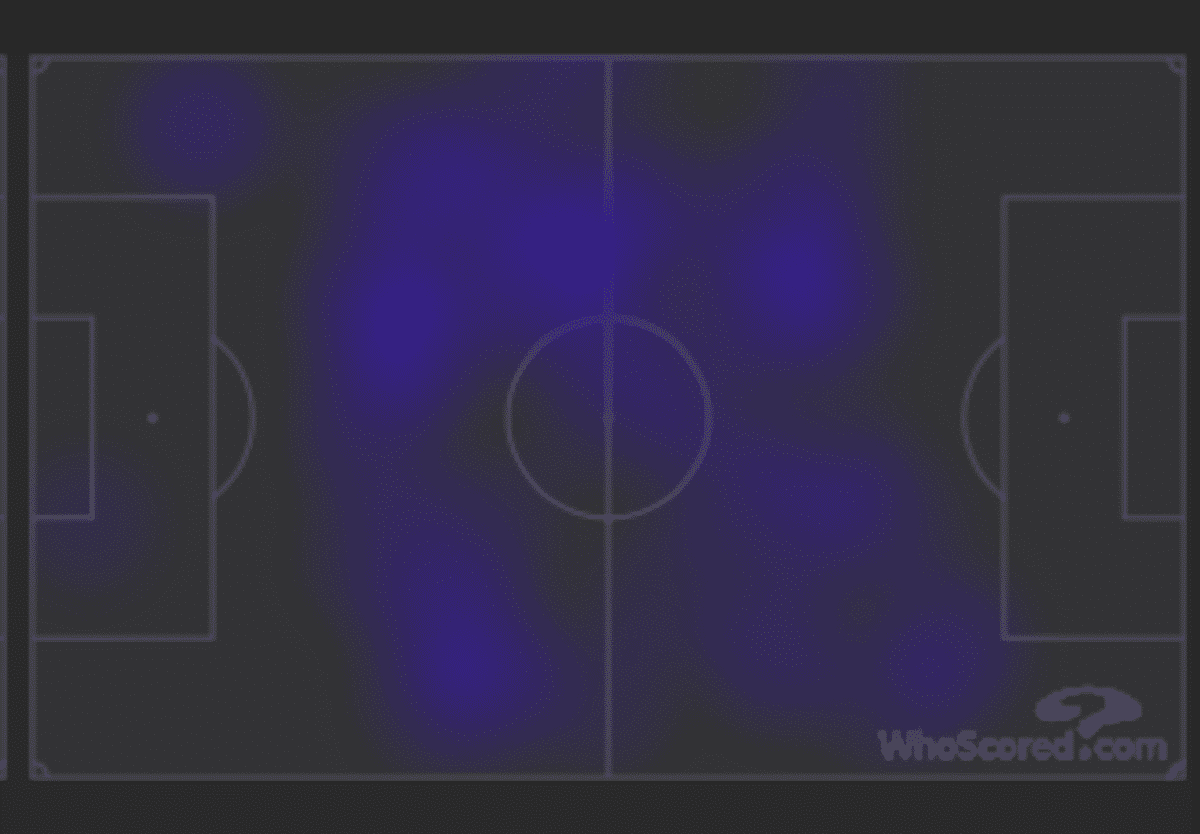 The above heat maps, courtesy of whoscored.com, show Pogba's touches of the ball in the recent losses to Spurs and Newcastle, both times he was deployed deep in a double pivot. Although being more central allowed him to roam to both sides of the pitch, the Frenchman, whose creative instincts and improvisational ability is most dangerous in the opposition's half (depicted on the left side of each heat map) is rendered less effective by the deeper starting position. 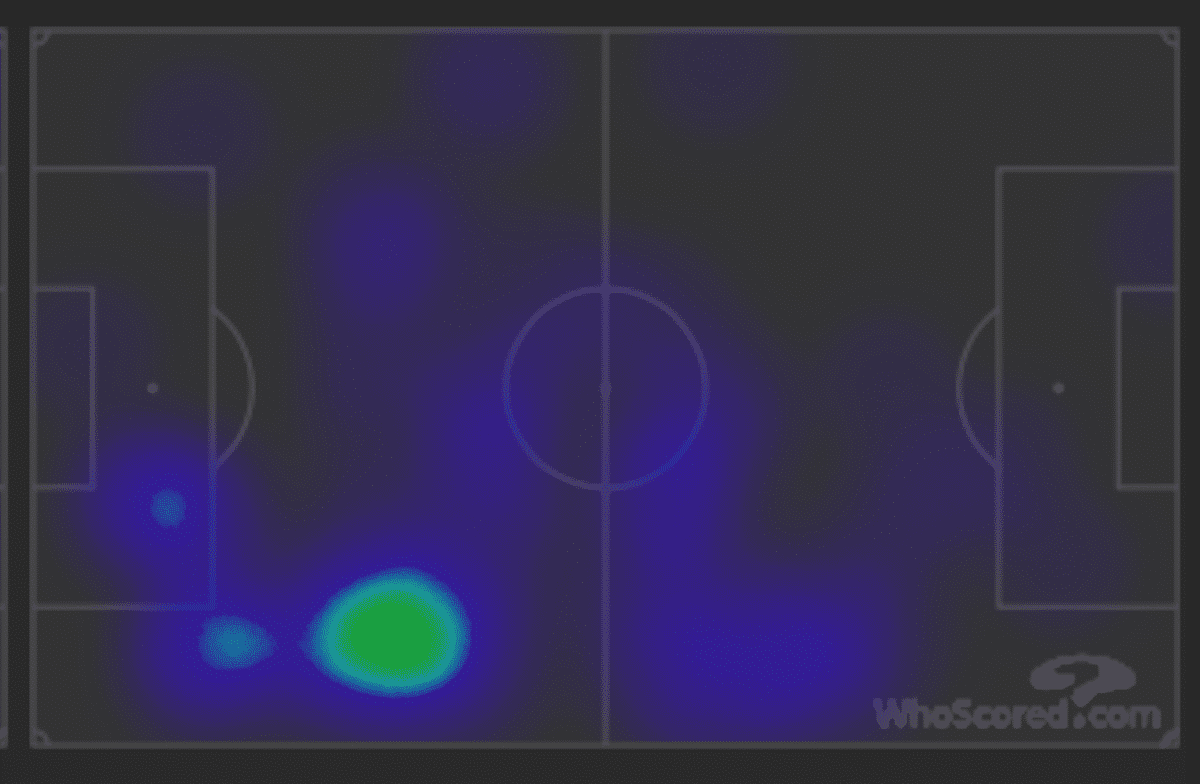 This time we see Pogba's influence from January's 2-0 win over Everton at Goodison Park, a rare outing on the left of a midfield three in a 4-3-3 formation. The 24-year-old was able to effect the game by pushing forward into the inside-left space, linking with United's attackers and breaking into the penalty area. He registered two assists against the Toffees, producing one of his best performances as a United player, yet the 4-3-3 experiment has not been revisited since.

Pogba isn't the only United midfielder who'd benefit from having an additional colleague in the middle third; Nemanja Matić, after a positive start to life at Old Trafford, has looked a shadow of himself lately.

The experienced Serbian was brought in from Chelsea with the remit of protecting the United backline and freeing Pogba up to move forward at will. However, the Frenchman's lack of defensive awareness has often hung the ex-Benfica man out to dry, allowing United to be overrun in the central zone, just as they were by Tottenham, who relentlessly pressed and harried to recover the ball, and sent multiple runners straight through the middle of the Manchester side's midfield.

At Chelsea last season, Matić was afforded the luxury of having N'Golo Kanté alongside him as a ball-winner, freeing him up to act as the shuttler, supporting the attack and tracking back to cover the backline in conjunction with the ebb and flow of games. The 29-year-old, now effectively asked to perform the Kanté role at Old Trafford, lacks the mobility to cover ground as effectively as his former team-mate and is too easily run off.

Although Matić's poise in possession has certainly aided United when they have the ball this season, he has not had the anticipated impact on their defensive solidity; he's simply been given too much to do. And while Mourinho lacks top-quality midfield options beyond Matić and Pogba, with Ander Herrera desperately out of form and Marouane Fellaini and Michael Carrick struggling to maintain fitness, a third man in the middle – be it Scott McTominay, or even Jesse Lingard reappropriated – would add much needed balance.

Further forward, doing away with a No.10 could breath a new lease into a United attack which too often struggles to break down deep, rigid defences. United's strength offensively, especially since the signing of Alexis Sánchez from Arsenal in January, is in the wide positions, but they do not have any orthodox wingers.

This means they lack the kind of straight-up-and-down wide men who stretch the pitch and open up space for a No.10 to weave creative patterns. Instead, Mourinho's wingers are all of the inverted variety, preferring to cut inside to link with team-mates and threaten goal as opposed to seek the byline at every opportunity.

The likes of Sánchez, Anthony Martial and Marcus Rashford – as well as Pogba when moving forward from deep – would benefit from the additional space created infield by the absence of a No.10, allowing them to move inside, becoming more difficult for their markers to plan for and opening up space for marauding full-backs to move into and provide width.

Like Pogba, Martial is a player of sufficient ability and potential for Mourinho to seriously consider building around. This means creating a bespoke role to maximise the 22-year-old's gifts, rather than shunting him out to the right wing, as has been the case lately, in order to accommodate Sánchez.

Martial's best work is done either as a centre-forward, which would mean he takes Romelu Lukaku's place, or wide on the left but with the freedom to roam infield.

Former United captain Gary Neville told Sky Sports after the Newcastle defeat: “The individual talent is there but to co-ordinate that into a team is José Mourinho's job in the next few months. He has to make them into a team.” Some would argue that, 18 months into his United reign, Mourinho should be much closer to solving that particular problem than he appears to be.

It seems Mourinho, at the moment, is more intent on making his players fit the sytem, rather than finding a system to suit his players.