Sergio Agüero is the eighth-highest scorer in Premier League history. His 153 goals (and counting) for Manchester City in the English top flight are a testament to his elite striking ability.

And yet there’s a hole in his game: he isn’t clinical close to goal.

A lot has been made of Álvaro Morata, or Agüero’s team-mate Raheem Sterling's, lack of finishing skill. Pep Guardiola laughed the question off when it was asked of the Argentine earlier in the season, though.

“Three goals a game, okay?!” he joked, after the 2-0 Community Shield win against Chelsea, where Agüero netted a brace.

“We are not going to demand that. Since he came back and I saw him from the first minute, I said: ‘Wow!’”

But the 30-year-old has been fluffing high-quality chances this season on a fairly regular basis. Out of the opportunities he’s had worth 0.33 expected goals or more, he’s scored just three and missed eight.

Those misses mean he’s left over 2.67 expected goals on the table. And these are the type of chances that, when we’re all watching a game, we all think the Manchester City No.10 has a good chance of scoring.

What’s even stranger is that a lot of these have come since Christmas. Maybe he didn’t get what he wanted under the tree, because he’s missed five good chances in a row since Santa Claus came to town. 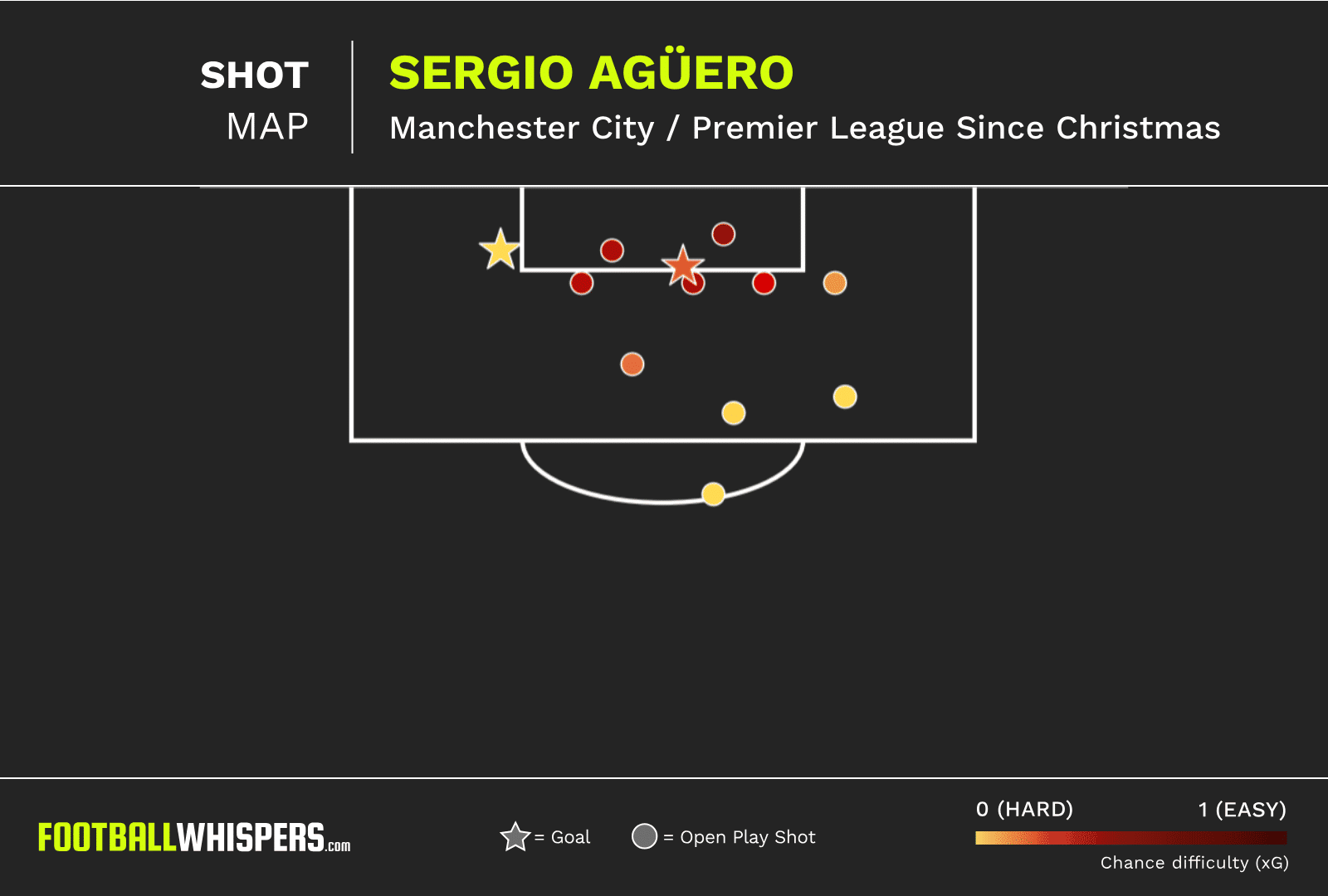 Yet perhaps more curiously, Agüero has a history of this. While he scored five from 5.34 expected goals in the good chances stakes last season, he left over three on the table in 2016/17.

Just two goals from 5.12 expected is an underperformance you can’t ignore.

It seems unfair that the ‘bad finisher’ tag got pinned on Sterling when Agüero was right next to him in missing good chance after good chance. It’s even more unfair when you look at Sterling’s figures.

In each of the past three seasons, the Englishman’s been on par with expected goals for these high-quality chances. Perhaps he’s suffering a public perception hangover (Football Whispers’ data only goes back to 2016/17), but it’s an image that, by all accounts, should probably have worn off by now.

Agüero is undeniably a great striker — and the measure of good forwards is primarily about how many chances they're able to make for themselves — but this is a strange hole in his game.