Stoke had gone through a little wobble of form but a three game unbeaten spell has put them into fifth place and well and truly in the playoff picture. Can they keep the good form up here? Find out with our Stoke vs Peterborough match preview with free tips, predictions and odds mentioned along the way.

Stoke vs Peterborough: A trio of free tips

Stoke to make it three on the spin

It wasn't so long ago that Stoke were going through a sticky patch having lost four on the spin; prior to the international break though their fortunes improved with the Potters taking seven points from nine. Considering they're at home to a Peterborough side that have won just three of their last 10 games they must be seen as favourites here. Peterborough have lost four of their last five away games; they've also lost on their last three visits to Stoke.

Expect goals to hit the net

Our next prediction backs this game to see at least three goals with the bet coming from the total goals market. Stoke have gone over 2.5 goals in three of their last five games with a game average of 2.8 goals. Peterborough have also seen at least three goals in three of their last five matches. Their game average comes up slightly short at 2.4 in that period but across the season to date their average is much higher at 2.9. Four of the last five head to head matches have also passed the all important cut off.

Goals to go in at both ends

These two sides might be at differing ends of the table but both are more than capable of finding the net hence the fact we are backing them both to score here. Stoke have both scored and conceded in three of their last five matches. The same is true of Peterborough; they have seen just two of their last five end with a ‘nil' in the score line. With similar form in that way, it's a bet that looks like carrying good value.

Find the best odds for Stoke vs Peterborough

These two sides have very different ambitions in the Championship at the moment. Whilst back to back wins have put Stoke up to fifth in the table Peterborough are looking over their shoulders at the relegation zone. Stoke's impressive runs is built on a solid backline with magic being sprinkled by the likes of Nick Powell – although he'll miss this game through injury. Peterborough meanwhile ship goals left, right and centre. Siriki Dembele and Jonson Clarke-Harris are capable of scoring though so it should be a good watch.

FAQ on Stoke vs Peterborough 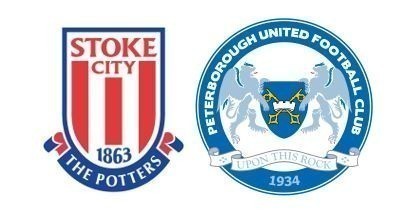