FA Cup actin brings together Stoke City and Leyton Orient at the Bet365 Stadium on January 09. This match at Stoke on Trent should end one of the participants losing spree as both have lost three matches in succession.

After a gap of twelve years, Leyton Orient and Stoke City meet again in a competitive setting. Stoke City earned an Extra Time win in that meeting and should replicate their success again. The Potters ply their trade two divisions above their rivals and should not find it difficult to overcome them in their own backyard.

It is interesting to note that three of the last four results witnessed by Stoke City and Leyton Orient have been 1-2. Both sides saw the scoreline against them. The two-division advantage should work in Stoke's favour but their backline will come under pressure. As a consequence, we should see the scoreline repeat itself as they have to sweat it out for the three points on offer.

Stoke vs Leyton Orient: Check out the best odds and the latest stats

Stoke vs Leyton Orient: Check out the team lineups

Bet365 Stadium has surely seen better days, a sentiment echoed by Stoke City fans. The Potters hopes of returning to the Premier League look far fetched as they continue to struggle. After suffering two successive defeats, hopes about a long run in the FA Cup looks unlikely as well.

As dark clouds roam around Stoke City, Leyton Orient faithful will not be too pleased. The Orient find themselves up against the tide against a team two divisions their superior. Moreover, they have not won on the road in six attempts, their last triumph coming at the start of October.

Questions About Stoke vs Leyton Orient 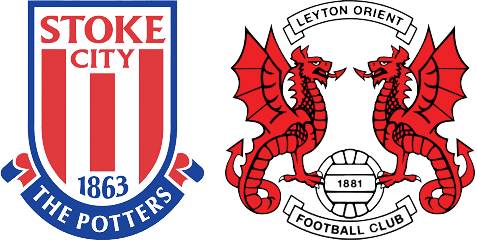 Where is the game being televised? SportKlub and Viaplay.

Which team is the favourite to win? Stoke City.