Across the course of the season Fulham have been exponentially better than Stoke but, of late, the form book is much more equal. Who will meet when they clash. Find out with our Stoke vs Fulham match preview with free tips, predictions and odds mentioned along the way.

We kick off our Stoke vs Fulham predictions with an away win. Stoke, like Fulham, have won their last two games but the Potters will be up against a side that has vastly superior quality in it. If both bring their A game, there will only be one winner and that's Fulham. Fulham have been in a sticky patch where three points were hard to come by but they're out of that now and after winning their last two games by scoring 13 goals it's safe to say they'll be confident of cutting Stoke open. That sharp top end is probably where Stoke have lacked.

Our next tip for this game is that at least one of the teams will fail to score. Both teams have good form for their recent games ending with goals at both ends. Stoke have seen three of their last five home matches end with a nil in them whilst Fulham's away form has seen both teams score on just two occasions in their last five outings. Further evidence of a BTTS No bet being wise can be sought from the head to head record; four of the last five meetings where Stoke have been the homes side have ended with someone blanking.

Check out the key stats & form for Stoke vs Fulham

Stoke vs Fulham is a fixture that these two hope will be repeated in the Premier League next season and, given where both sides sit right now, that is definitely feasible. As for individual ambitions, the three points on offer will be huge to both teams' respective ambitions.

Stoke have won their last two games and are in a good place in the table sitting just four points off the top six. You just fear it could become a ‘what might have been' season with key man Nick Powell still missing.

Fulham have endured a really tough spell of late, which involved a lot of draws, but they remain right in the mix for the title and, for many peoples money, are the outright favourites. With Aleksander Mitrovic leading their line, it's hardly a surprise their gunning for the crown.

A brief FAQ ahead of Stoke vs Fulham 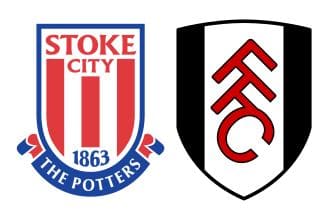