You can see the top Championship odds and betting tips on this upcoming fixture on Wednesday. It's a match between the 12th seed and the 18th seed meaning that there aren't really any relegation or promotion implications. Still, there are plenty of betting opportunities and we have every intention of seizing them.

Stoke vs Coventry: Our Best Predictions and Tips

We will present you with the latest Stoke vs Coventry free betting tips below. Our recommended bookmaker for this match is Ladbrokes.

Remember to double-check all prices and odds, so that you are sure they haven't changed after we posted the article.

Stoke's last five games ended with only two wins and the last two matches they played, and they didn’t even score a goal. Coventry on the other hand won three of their last four games, including their latest away match against Rotherham.

Nick Powell is Stoke's top scorer for the Championship with twelve goals, after him, there is also Steven Fletcher with nine goals and Tyrese Campbell with six. Powell even scored two goals in the last ten Stoke games.

All the Recent Stoke vs Coventry Stats and Team Form

In the tables below, check out all the recent match histories and statistics for both. Stoke and Coventry.

Stoke might be higher in the Championship table but they will be missing ten players due to injuries or suspensions. Among the injured players are defenders Nathan Collins and Morgan Fox, forward Tyrese Campbell, and midfielder Joe Allen. They also have a few other injured players among them are three defenders, so it will be tougher to not let Coventry score.

The Sky Blues have only five injured – three defenders, a forward, and a midfielder (Ben Sheaf). Among the injured defenders are Fankaty Dabo and Josh Pask. The game will be hard for Coventry to win, but with so many players out of the game for their opponents, they have a chance to take three points and get closer to the middle of the Championship table. 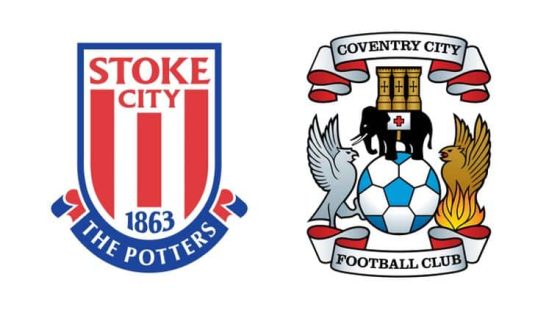 Stoke vs Coventry: Frequent Questions & Answers You Should Read