Cardiff fans will be delighted that the Mick McCarthy era is over but will they stop what is a horrific losing run here? Find out with our Stoke vs Cardiff match preview with free tips, predictions and odds mentioned along the way.

Stoke vs Cardiff: Our Tips

Cardiff new era to start with a draw

Cardiff are on the brink of posting the worst run of defeats the Championship has seen for over five years.  In an attempt to stop the rot they've sacked the manager – Mick McCarthy – and a caretaker – Steve Morison – takes charge. The prospect of new managers watching on will put that little bit extra on the players. That combined with the fact they're facing an out of form Stoke side (they've lost four on the bounce) without Nick Powell should be enough for a point.

When a new manager arrives the task is to tighten the back door. Given Cardiff have been losing week in week out, it's nailed on that Steve Morison starts there for this match. Stoke meanwhile are missing their biggest goal threat so their prospect of scoring goals is somewhat limited. If you look across the last five matches, Cardiff have failed to score a single goal whilst Stoke are averaging just 0.8 goals per game having scored four. It feels unlikely that they'll begin banging in goals for fun now.

We've just touched on the severe lack of goal threat on both teams with Cardiff netting just 12 goals all season. Stoke have only scored 17 and five of them have come through Nick Powell, who won't be playing in this match. With both teams on losing runs, neither will want that to continue and could be a tad more cagey than normal; it could well end up they cancel each other out. 0-0.

Find the best odds for Stoke vs Cardiff

The big team news for this match is that Stoke will have to find a way to win without their man man, Nick Powell, who is out injured. They'll be hoping Jacob Brown can do the business; he has a goal and assist in his last four, however, the games those contributions have come in both ended in defeat for Stoke. For Cardiff, the big question is whether or not caretaker boss Steve Morison rings wholesale changes; we suspect not with the likes of Aden Flint and Sean Morrison likely to continue at the back; both provide a threat from set pieces – that may be Cardiff's best hope.

FAQ on Stoke vs Cardiff 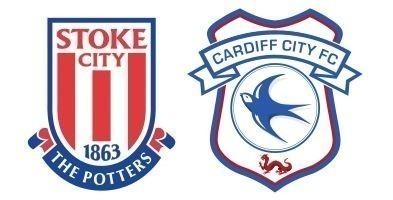