Stoke had a nightmare 10 minutes at the weekend as they threw away all three points from a winning position. Bournemouth isn't the team you'd choose to ‘bounce back' against but can they find a way to beat the Cherries? Find out with our Stoke vs Bournemouth match preview with free tips, predictions and odds mentioned along the way.

Stoke vs Bournemouth: Our Tips

Bournemouth to continue as Championship pacesetters

Bournemouth are currently on an eight game unbeaten run where they've won six – including their last two – and have lost just once in 10 games. That loss was a cup defeat to Premier League opposition too. Stoke's overall form isn't bad but three losses in 10 is notably south of the form Bournemouth are showing. On top of that the way they lost on Saturday, which was to two late goals, raises question marks. Bournemouth have a good record at the 365 too; they've won in each of the last three visits.

Stoke won't score more than one

We've just this second touched on Bournemouth winning on their last three visits to Stoke's stadium. Well, in those games, Stoke have never scored more than one goal.  They've not scored more than one in their three most recent matches either. Given Bournemouth have a decent defensive record, which reads as just eight goals against in 12 league games, we think it's tough to see Stoke scoring twice.

Can Bournemouth win and keep another clean sheet?

Okay, we know Bournemouth are in better form than Stoke and, if we're honest, they've got better players too. That should see them to victory in this match. The next question is around whether they'll keep a clean sheet. The fact they've not conceded in five league away games in a row suggests there is a good chance they can.

Find the best odds for Stoke vs Bournemouth

Stoke had been on a decent run (WWDW) before Saturday's game at Sheffield United so they'll be extremely annoyed that a late collapse saw them throw away not only a winning position but all three points in the process. One piece of good news for them is that Alfie Doughty could be available for selection again – he missed the weekend's game through illness.

Bournemouth turned in a fantastic performance against Bristol City at the weekend and the 2-0 score line could have been a lot more. Of course, football is not the priority for the Cherries at the moment with David Brooks' recent sad news. That said, the team will want to win every game that little bit more now for him; the fact Junior Stanislas and Jefferson Lerma got a few minutes under their belts on Saturday after injury lay offs will help with that task.

FAQ on Stoke vs Bournemouth 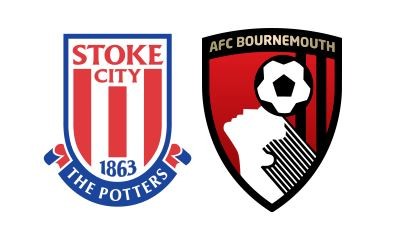