This is a preview of the EFL Championship match between two teams who have been experiencing contrasting fortunes in the form table. Stoke City are at home against Barnsley looking to continue their excellent run.

Stoke City remained close to the top of table following a 2-1 win over Huddersfield Town. This was the fourth win in the last five matches for the Potters. Barnsley went four games without a win following a 3-0 loss against Bournemouth at the Vitality Stadium.

Stoke City to win this match

Stoke City have a 100% record in home matches with three wins out of three games played. Meanwhile, Barnsley have only taken two points from a possible nine on the road so far. Barnsley were able to get a victory over Stoke in the recent meeting between these two teams, but one has to go back to 2007 to witness their last away success over the Potters.

Barnsley have scored almost 50% less than Stoke City in this early part of the season. Michael O’Neill’s men have the potential to score goals and the encouraging start to this season will give them a lot of confidence. Meanwhile, Barnsley made a decent start to away matches in this Championship season but the recent game against Bournemouth exposed them quite badly.

Barnsley have seen the likes of Reading and Fleetwood Town squad at the Bet365 Stadium. It is vital that the visitors avoid any fear factor before heading to face a team on good form. Stoke City have only kept home clean sheets against strugglers like Nottingham Forest.

Top Betting Odds and Stats for Stoke vs Barnsley

Stoke City have made a strong start to the season and it has largely been built on results at home. It would be difficult for the Potters to replicate the results at the Bet365 stadium elsewhere. For this reason, manager O’Neill will make it a point to make Bet365 stadium as a fortress. Stoke will continue to be without Danny Batth, James Chester, Tyrese Campbell, and Nick Powell.

The season is fast turning out into a struggle for Barnsley, who have managed only one went so far this season. Their current sequence of four games without a victory could further decimate the season if it does not end soon.

Questions about Stoke vs Barnsley 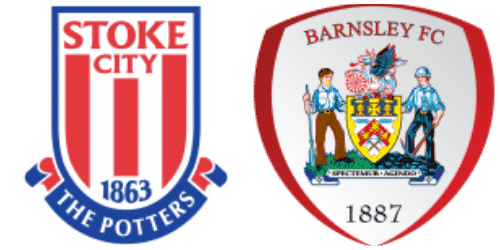 Where is the match scheduled? Bet365 Stadium

Which team is the favourite to win? Stoke City