Middlesbrough are currently without a win in this Championship campaign. Will it be four without a win come the end of this game? Find out with our Stoke City vs Middlesbrough match preview with free tips, predictions and odds mentioned along the way.

Middlesbrough were one of the best teams in the Championship last season; they finished seventh, just below the promotion playoff spots. However, this season has been hard on Boro; they have no wins in four games played so far, with two draws and two losses. To be fair, Stoke City have won one game this season; however, it's worth pointing out that Stoke suffered six losses in their last seven matches in all competitions. These teams have not won a lot of games recently; and for this reason, we believe they'll be level at the end of this match.

Meetings between Stoke City and Middlesbrough usually don't feature plenty of goals, especially when they meet at this stadium. The last six times Middlesbrough visited the Bet365 Stadium, these teams scored under 2.5 goals; in fact, they scored a goal per game on average in those six games. We should also point out that Stoke City kept three clean sheets in their last eight matches, whilst failing to score in four of those games. As a result, seven of Stoke City's last nine matches went below the 2.5 goal line. All things considered, we don't think these teams will score up to three goals between them.

Stoke City and Middlesbrough are two clubs that wouldn't look out of place in the Premier League and certainly not at the top of the Championship table. For now though, they need to take things game by game because neither have impressed in the early part of this season. Can at least one of them produce a performance to excite here?

Stoke City's poor run of form continued with a 3:1 loss at Huddersfield Town last weekend; they've now lost six of their last seven matches across all competitions. The Potters will hope to improve their poor form as they host Middlesbrough; it'll be interesting to see if they can take all the points here.

Middlesbrough are coming off a 2:2 draw against Sheffield United; they've played four games in all competitions so far this season, with no wins. Boro will make the trip to the Bet365 Stadium on Wednesday; they'll be eyeing their first win of the season.

A quickfire FAQ on Stoke City vs Middlesbrough 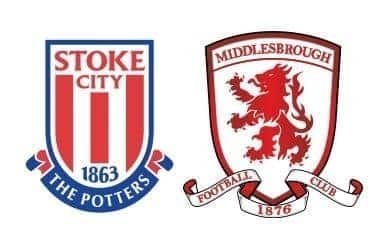