Stockport can't but a win right now; surely one won't arrive here, will it? Find out with our Stockport County vs Leicester City match preview with free tips, predictions and odds mentioned along the way.

The Foxes should tear County apart

On paper, Leicester City should be far too strong for Stockport County. Football, however, is not played on paper and Stockport could well see this game as a welcome distraction to what has been a utterly woeful start to their league campaign; Leicester don't look great right now either so an upset isn't impossible.

Stockport County are coming off back-to-back 2:1 losses against Mansfield Town and Doncaster Rovers; they haven't had a great season overall, with four losses in their last six games. David Challinor's men will host Leicester City at Edgeley Park on Tuesday; it'll be interesting to see how they'll fare against the Premier League side.

Leicester City were on a four match winning streak heading into their new Premier League campaign; however, that form did not follow them into their new season. The Foxes have no wins in three league games so far, with a draw and two losses; they'll be eyeing their first win of the season as they take on an out-of-form Stockport side.

A quickfire FAQ on Stockport County vs Leicester City 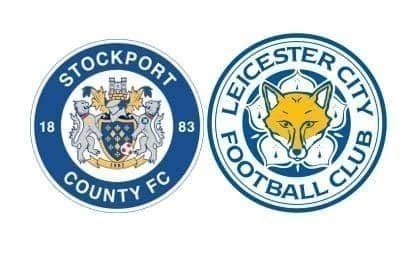