As soon as Steven Gerrard entered management it felt a matter of when and not if he’d one day be sitting in the home dugout at Anfield.

Many tipped him to be the eventual heir to Jürgen Klopp but it came as a surprise when the enigmatic German named the former Liverpool skipper as his potential successor in a recent interview.

Speaking to FourFourTwo, Klopp was asked about his thoughts on Kenny Dalglish's presence as a non-executive director at the club. The initial response was as expected: “Kenny and Stevie have both been a really big support from day one.”

But then the former BVB boss went a step further: “If Liverpool were to sack me tomorrow, then maybe Kenny would be the first choice to replace me, but they would probably bring Stevie down from Glasgow. If you ask who should follow me, I'd say Stevie. I help him whenever I can.”

Klopp’s current deal with the European champions expires in the summer of 2022, the same time Gerrard’s contract comes to an end with Rangers.

Some may argue it’s fate. Others may believe this was always the plan. After all, Gerrard needed experience at a top club if he was ever to be given the reins at Liverpool. He’s into his second season with the Gers and has a year managing the Liverpool under-18 side under his belt.

But other than being a Liverpool legend, does Gerrard fit the profile required to carry on with Klopp’s plans?

The former Reds skipper deployed a high press while coaching in Liverpool's academy and this is a tactic he’s adopted in Scotland, as explained to Football Whispers by Rangers fan John McIntosh.

“He (Gerrard) employs a 4-3-2-1 set-up and often the midfield three will be quite deep to allow the front three to stay high up and start the press.

“We have scored a high number of goals this season (46) but there have been league games where we have needed set pieces to get the result due to opposition employing a crazy low block. We do press well in packs but when we worry about the opposition – Celtic, for instance – we don't concentrate on what we can do and it can fall apart.” 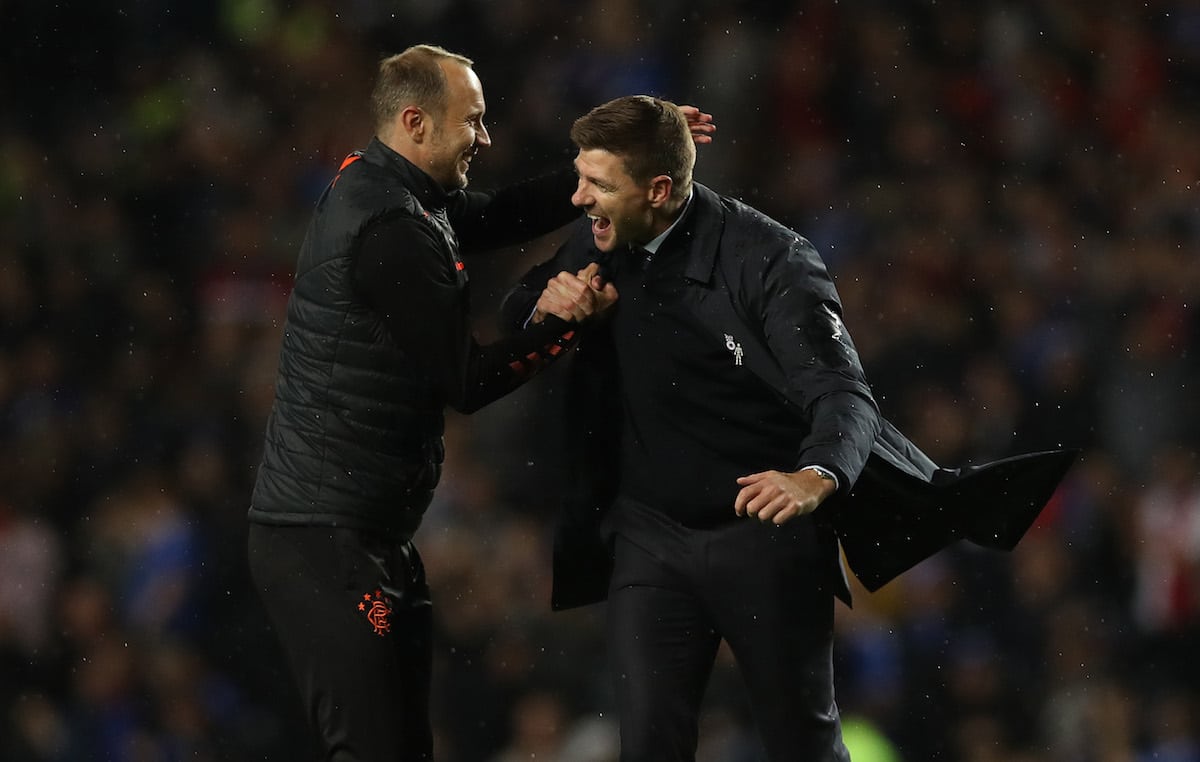 The Rangers press is predominantly effective, but against higher-class opposition, Gerrard's side can be sliced apart. The Rangers boss could combat that with tweaks to the system but that in itself is a risk.

With better players used to the demands, however, it might be a flawless tactic. After all, the Klopp press needed a few seasons to be fine-tuned.

In Scotland, Gerrard has shown clear development. He isn’t an idealist and doesn’t stick with something when he knows it isn’t working. He’s a pragmatist and appears to be searching for ways to subtly improve his side.

McIntosh expanded on this. “Alfredo Morelos has started to drop deeper in the last few games and this has caused a lot of problems for the opposition. They’re unsure whether to follow him or stick to their position. This is one way we’re looking to tweak the high press.

“Gerrard has spoken of the overloads centrally we can gain from this. We ask our full-back,  James Tavernier and now Borna Barišić, to get high and support with the two behind the striker.”

Not only does this give Rangers extra support in the final third, it helps from a pressing standpoint as there are more bodies in key areas.

This tweak isn’t too dissimilar to what Klopp did during the 2016/17 season when he used Adam Lallana as a No.8, but in possession, the England international would drift into a No.10 role support Firmino.

When the ball was lost, the Reds had an extra body there to press. 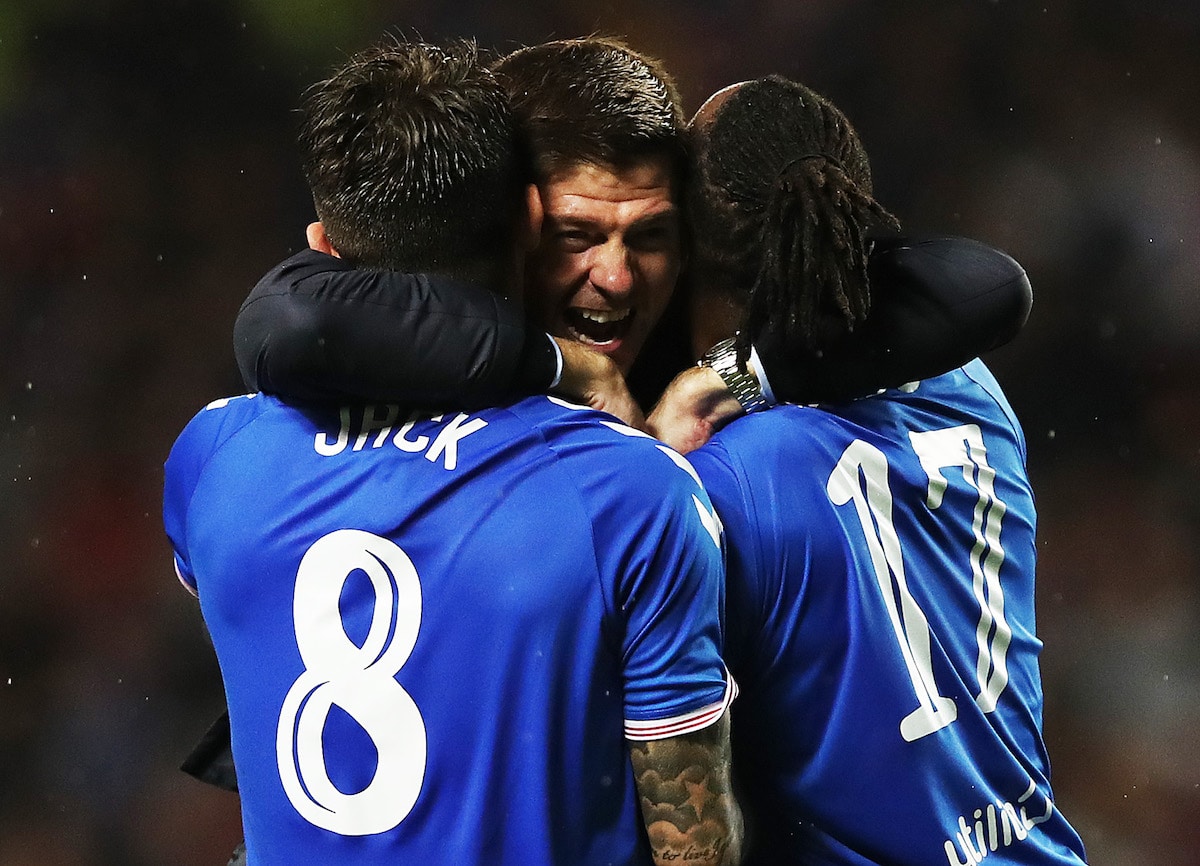 Something that has been levelled at Gerrard is that he's a cheque-book manager. Whereas Klopp, for the most part, opts to develop the players he has, the Rangers boss has been quick to look to the transfer market when individuals are underperforming.

There has been a high turnover of playing staff at Ibrox but that doesn't mean Gerrard hasn't helped hone the talents of players at the club prior to his arrival.

“Gerrard has made a difference to the three players especially: Tavernier, Ryan Jack, and Morelos,” McIntosh explained.

“Under his management, Jack, who was initially viewed as a number six, has been transformed into a more confident ball-player and is often deployed as one of our eights in the midfield three. There’s a case to be made that he’s one of our players of the season to date.

“Tavernier has ultimately improved going forward; he finished last season with 20 assists. Not only that, his defensive stats are among the best for his role for the last 18 months.

“Meanwhile, Morelos, our best talent by a distance, went from an 18-goal debut season to 30 goals last term. Gerrard knew how to get the best out of him.”

There will be many other examples of improvement under the Whiston-born tactician, but that trio highlights the Liverpool legend is not only after quick fixes.

Ultimately, there are enough reasons to believe Gerrard would adapt to being Liverpool manager. There's been a sense of inevitability about it, one you can't shake off, for a number of years. And Rangers fans have accepted it.

“For everyone involved, I hope it [Gerrard moving to Anfield] will be further down the line than 2022,” said a hopeful McIntosh.

“He possibly needs to tweak how damning he can be in public about certain players but it has worked for some. Tactically, he sets up his sides well and they hard to beat. Having said that we are also scoring on average three goals every league game this season.

“He simply needs more time but we are getting better. We're far more consistent this season and that is down to Gerrard and the recruitment. He can move straight from Rangers to Liverpool, I don't buy into this theory he needs another club to act as a stepping stone.”

With every passing season, Gerrard is going to get better. He will finesse his managerial talent, hone his tactical acumen, and that will only improve his chances of succeeding Klopp.

For now, however, he's building quite the legacy in Glasgow.