The 24-year-old already has 13 goals to his name this season and is on course to be the English top flight's top scorer once agains.

But an injury picked up in last week's 4-1 demolition of Liverpool means he will miss Tottenham's trip to Old Trafford this weekend. We've taken a look back at the last time Kane was ruled out to see which Spurs players stepped up in his absence.

The England striker, after initially being written off as a one-season wonder by many, is now undeniably one of the very best marksmen in the world, and will be sorely missed by Mauricio Pochettino's men against Manchester United.

Vincent Janssen, a £17million signing from AZ Alkmaar last summer to bolster Pochettino's attacking options, flattered to deceive and has since been shipped out; Fernando Llorente, brought in from Swansea City over the summer, will likely take Kane's place against the Red Devils.

Last season and injury picked up in the 6-0 FA Cup quarter-final victory over Millwall back in March threatened to end Kane's campaign early. Miraculously, he recovered quickly enough to return in mid-April, coming of the bench in a 4-0 home win against Watford.

Kane's rapid return meant that he was only unable to start four games during that period – against Southampton, Burnley, Swansea and Watford. And he hit the ground running as soon as he was back in the side, netting 12 goals and registering three assists in ten games.

But the mercifully short spell that Kane missed gave Spurs a taste of what life would be like without their main man. And they coped just fine, winning all four matches relatively comfortably to keep the pressure on eventual champions Chelsea.

We've trawled through the statistics from those four fixtures to see which of the four attacking players predominantly used during the period — Dele Alli, Christian Eriksen, Son Heung-min and Janssen — upped their game the most while the vice-captain was out.

Alli played every minute of the four games that Kane was out of the line-up for, scoring three goals and registering two assists in a total of 360 minutes of action.

That meant he was directly involved in a goal every 72 minutes, a big improvement on his average for the whole league season of either scoring or assisting every 121.8 minutes. 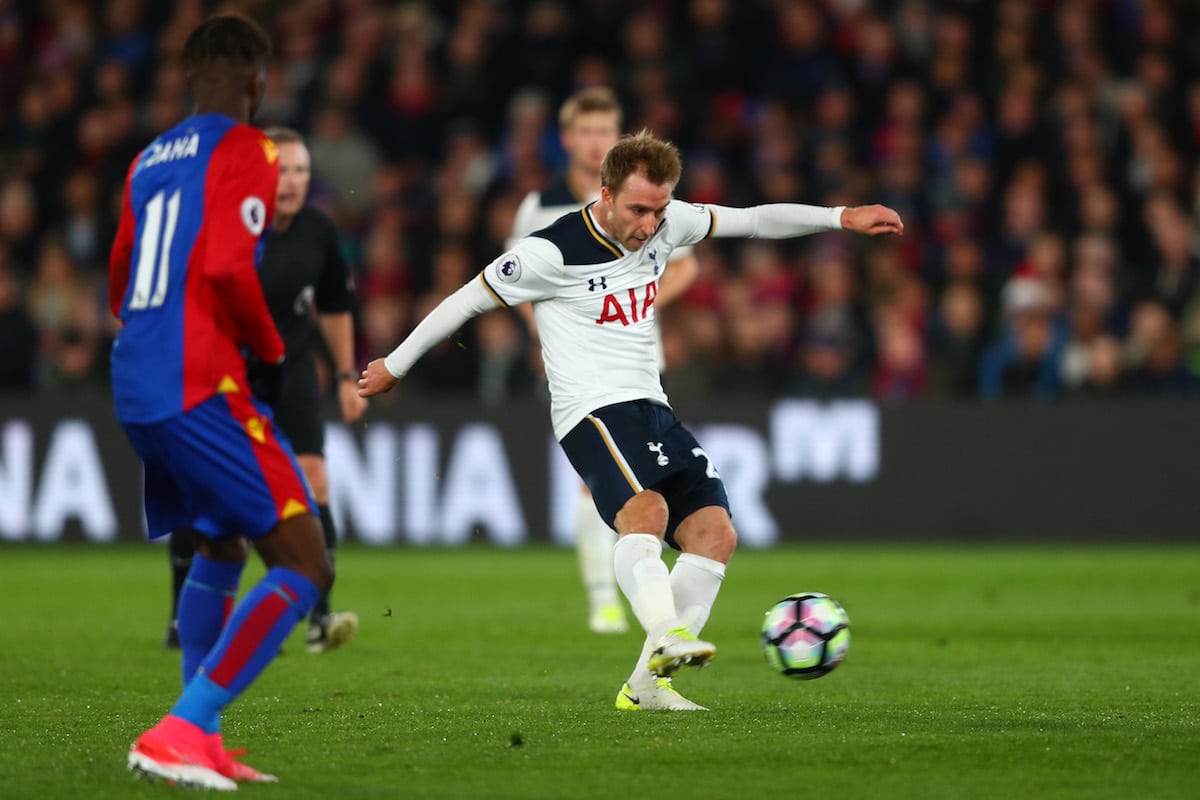 Only Manchester City's Kevin De Bruyne (18) could better Eriksen‘s return of 15 assists in the Premier League last term, but the reported Barcelona transfer target suffered a drop-off in this area without Kane around to rattle home the chances he was creating, providing just one assist in the four games examined.

The 25-year-old playmaker also scored once in these four games, meaning he was directly involved in a goal every 178 minutes, down from his seasonal average of scoring or assisting every 137.7 minutes.

It wasn't for want of trying, though. Eriksen upped his shots-per-90 ratio to 4.3 from 3.8. His key passes were down, however (2.78 per 90 from 3.2), perhaps a symptom of missing Kane's intelligent movement ahead of him.

The former Ajax star's general involvement in games remained steady at 56.6 passes per 90 compared to 56.2 for the season, while his dribbles per 90 increased slightly to 1.01 from 0.8.

Son's versatility allowed him to either fill in directly for Kane in the centre-forward berth to operate wide on the left when Janssen was selected to start. With a total of 219 minutes across the four games, the South Korean was incredibly productive with four goals and one assist.

That meant that he was involved in a Spurs goal every 43.8 minutes, far exceeding his rate for the season as a whole (103.5 minutes) and even topping Kane's return of a goal or assist every 70.44 minutes.

Perhaps rather surprisingly for a player who has spent the majority of his career on the flank, Son completed no dribbles across the four fixtures, with his average for the season being two successful take-ons per 90.

Janssen, who only mustered two Premier League goals all season, started twice while Kane was ruled out between March and April, supplementing those appearances with a further two outings from the bench for a total playing time of 178 minutes.

In that time, the 12-cap Dutch international failed to score but he did manage to register an assist.

Janssen made slightly fewer passes per 90 during this period – 22.8 from 24.3 – while his key passes average remained fairly consistent at 1.52 per 90 minutes compared to 1.7 per 90 for the season.

Not known for his dribbling, the former AZ man actually completed take-ons at a rate of 1.01 per 90 in Kane's absence, up from 0.5 for the campaign.

One of the more damning of Janssen's statistics for these games is that he took 3.03 shots per 90 minutes while trusted to fill Kane's boots – down from his season average of 3.2 and short of Kane's 3.9 per 90.

Four fixtures against relatively weak opposition is far from a perfect sample size, but the fact that Spurs were able to keep their title challenge right on track without missing Kane too much bodes well for the future.

The likes of Alli, Eriksen and Son have shown themselves capable of stepping up to the plate.