Some at Brighton may look at this weekend’s clash against Manchester United as something of an unwelcome distraction. The Seagulls have put together an excellent run of form of late, significantly boosting their chances of avoiding relegation from the Premier League this season. Three wins from their past five games has lifted them to 11th place in the table.

But this weekend’s game at Old Trafford offered Chris Hughton’s side something different – glory. A day at the national stadium and an opportunity to make the final of the FA Cup for the first time since 1983. Given Brighton’s recent form, you wouldn’t completely count them out. They have a chance of pulling it off.

However, they might have to do so without one of their most integral figures. Dale Stephens had been an ever-present for the south coast side before missing last weekend’s game against Everton through injury. Now, the midfielder is a doubt for the match against Man Utd and will face a late fitness test before kick off.

Regardless of whether the 28-year-old is fit enough to start, it’s worth examining just how crucial he has become to Brighton this season. His contribution is often overlooked. He doesn’t grab the headlines in the same way someone like Glenn Murray does, but without him the Seagulls aren’t the same team. That was illustration at Goodison Park.

Stephens is the dynamo around which Brighton revolve as a team. He plays more passes than any other player at the Amex, averaging 50.7 per match. Behind that, Davy Pröpper and Lewis Dunk are closest with 40.8 and 40.4 passes per match respectively. The former Charlton and Oldham man is Brighton’s central anchor.

His main strengths can be found in passing and protecting his team’s back four. Offensively, Stephens averages fewer shots on goal than centre back Dunk (0.5 per match compared to 0.7 per match), also only averaging 0.6 key passes per outing. Brighton don’t depend on him to make the difference in the final third. That responsibility is placed on others. 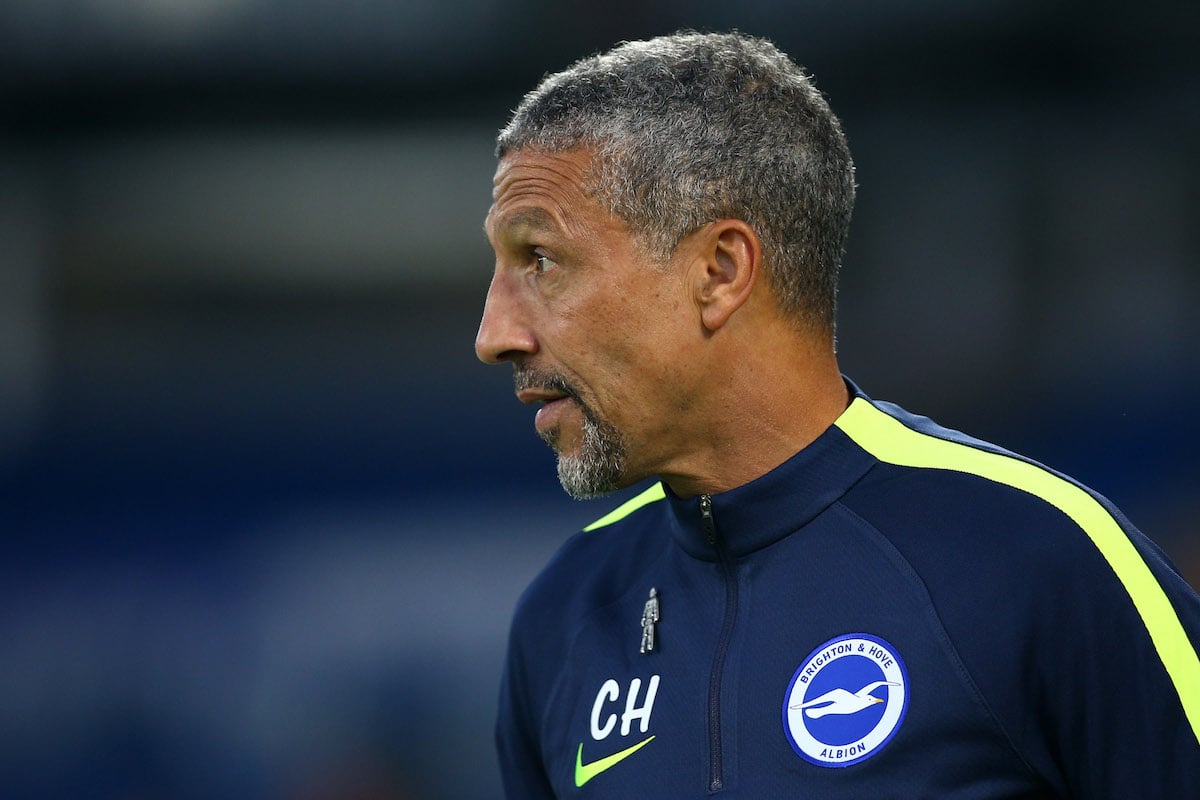 Instead, Stephens is the main charged with breaking up opposition moves and redistributing possession for the Seagulls to build attacks of their own. He averages 2.7 tackles per game, more than any other Seagulls player. He also averages 1.7 interceptions per game, with only Pröpper, Dunk and Gaëtan Bong boasting a better record in that regard this season.

We were afforded a look at what Brighton are like as a team without Stephens last weekend. Hughton’s team have averaged 46 per cent share of possession per game so far this season, but against Everton that share dropped to just 41 per cent. And this was against a team on the same points as Hughton's men at kick off. The Seagulls shouldn’t have felt inferior in any way.

Pröpper made more tackles than any other player on the pitch (five), but the Dutchman couldn’t do it all on his own as he was overrun in the midfield. He desperately missed his central partner, with Beram Kayal failing to adequately fill the void left by Stephens.

Subsequently Pascal Groß was required to drop deep more often to help out in the middle of the pitch, which in turn left Murray isolated up front.

Essentially, Brighton lost their balance with Stephens missing. This is why they must hope the 28-year-old is back for the trip north to face Manchester United.

Jose Mourinho is unlikely to play Maroaune Fellaini and Nemanja Matic as a midfield two again following their struggles against Sevilla during the week, and so it’s possible United could field a midfield three of Matic, Paul Pogba and Scott McTominay. Or possibly Juan Mata. All of these potential scenarios could spell trouble for the visitors.

The issue for Hughton is that Kayal, who will likely deputise for Stephens again should he fail to make the game on Saturday, is more of an attacking midfielder. He doesn’t protect the back four in the same way, averaging just 0.7 tackles per match and 0.7 interceptions. The Israeli, going back to his Celtic days, has always been defined by what he does driving forward rather than what he does out of possession.

This is where Brighton’s imbalance without Stephens has its root. The structure of the team is fractured when he is sidelined. Hughton might have to consider a tactical shift to compensate, otherwise the Seagulls might spurn their shot at FA Cup glory this weekend due to the injury of arguably their most important player.