France has proved a fertile breeding ground for future Premier League stars in recent seasons. N'Golo Kanté blossomed into one of English football's most complete midfielders soon after moving to Leicester City from Caen, while last summer Manchester City recruited two promising young players in Bernardo Silva and Benjamin Mendy, both from Monaco.

Mendy has spent the majority of his debut campaign in England recovering from a cruciate knee ligament injury but has regularly delighted fans with his light-hearted posts on Twitter.

Another player who has gained notoriety from his use of social media is Stéphane Bahoken. The Strasbourg striker gained a few extra fans when, after scoring against Paris Saint-Germain, he changed his Twitter profile photo to a snap of Neymar bowing before him.

Bahoken's sense of humour is an attractive personality trait, for sure, but that isn't the reason why he's interesting a number of Premier League clubs, one of whom is Brighton & Hove Albion.

The Seagulls, while not yet arithmetically safe from relegation, are expected to retain their Premier League status for next season. Five points above Southampton with three games left, it would take a disastrous turn of events to suck Chris Hughton's side back down into the scrap to avoid the drop.

With that, Brighton have tentatively started to plan for a second year in the top flight and, like most clubs at this stage, will have identified their summer transfer targets. According to recent reports, Bahoken appears on Hughton's wishlist.

He was down before he was up

Bahoken is no stranger to these shores. The Cameroon international has predominantly featured in France but had a fruitless loan spell with St Mirren during the 2013/14 season.

A raw 21-year-old, Bahoken failed to impress in Paisley before being sent back to Nice by St Mirren manager Danny Lennon. Upon his return, then-Nice coach Claude Puel planned to ship him out to Bastia but FIFA rules prevented Bahoken from representing a third club in the same season.

He was sent back to St Mirren in January, but despite adopting a more mature approach and talking up a willingness to prove Lennon wrong, Bahoken couldn't find redemption in Scotland.

In the summer of 2014, he signed for Strasbourg and gained first-team minutes in the third tier of French football. He scored six goals in 30 appearances in his second season to help Strasbourg to promotion before netting seven times during the club's triumphant Ligue 2 campaign in 2016/17.

That humbling experience at St Mirren coupled with grafting away in the lower rungs of the French football ladder emboldened Bahoken as he prepared to rub shoulders with the high-profile names like Neymar and Mario Balotelli.

And he has seized his opportunity enough so that a number of English clubs have kept tabs.

Brighton have several options in attack. With top scorer Glenn Murray, Leonardo Ulloa, record signing Jürgen Locadia and Tomer Hemed, Hughton has the numbers but not necessarily the firepower. The Seagulls have scored just 32 goals this season; only West Bromwich Albion, Huddersfield Town and Swansea City have fewer.

Murray has enjoyed a fine campaign with 12 goals but will be 35 in September so cannot be relied on for goals long term, Ulloa's loan at the Amex Stadium will expire at the end of the campaign while Locadia has struggled to adapt to English football following his £14million move from PSV Eindhoven.

That means forward reinforcements will likely be a priority for Hughton and Bahoken represents an affordable option for Brighton.

Bahoken comes alive in the penalty area. An out-and-out striker who thrives on quality service, he has become an accomplished finisher from 18 yards and in.

As you can see below, Bahoken's movement is simple but intuitive. He is drawn into the space from which he is most likely to score. 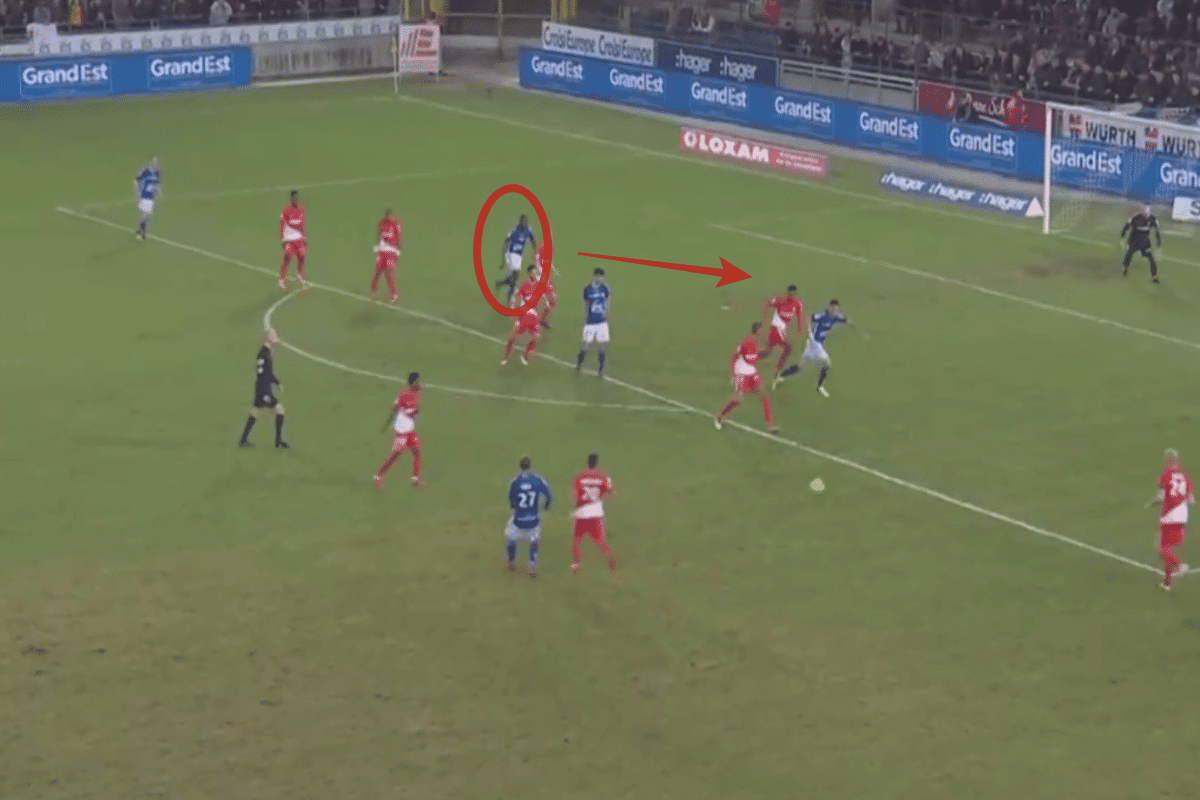 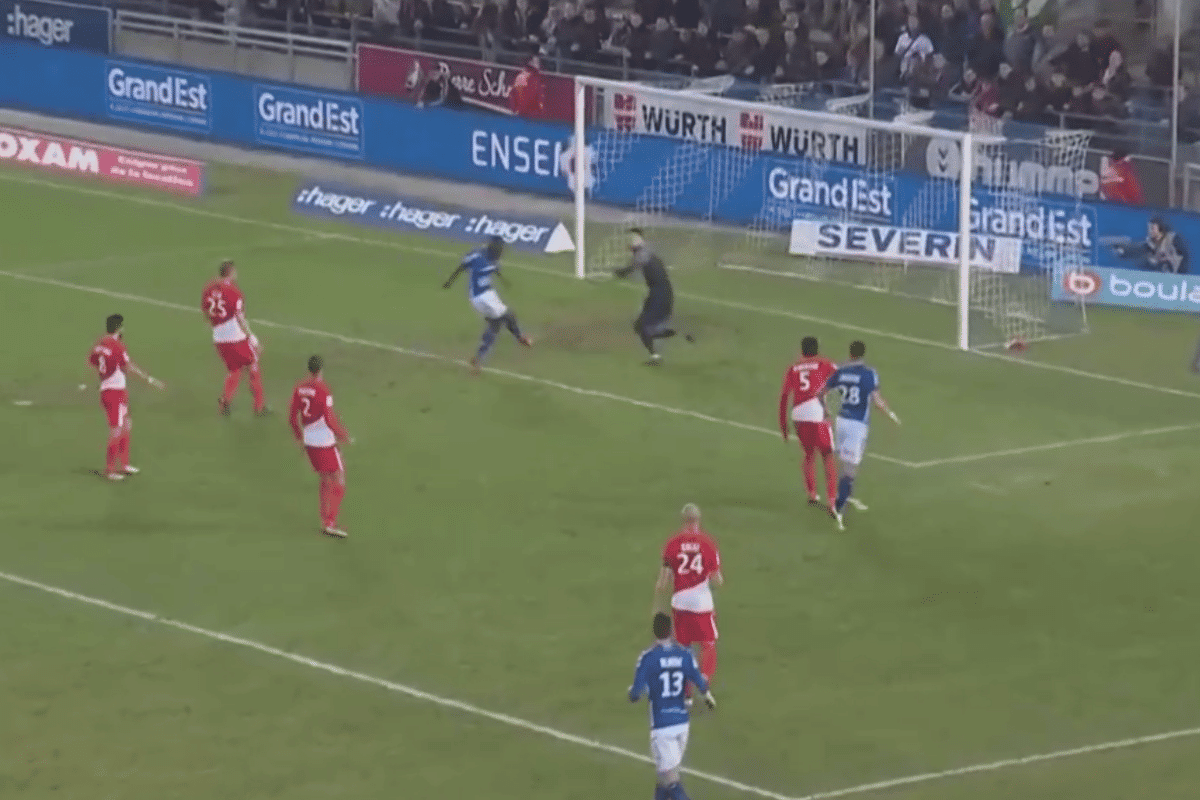 The 25-year-old also has two goals against PSG to his name this season, one of which was the winner when the sides met in December.

As shown in the screenshots, Bahoken senses a potential opportunity coming his way. He has to assume that the ball will be headed on and into the space beyond the defenders. Running off the shoulder, he beats the offside trap and picks up possession. 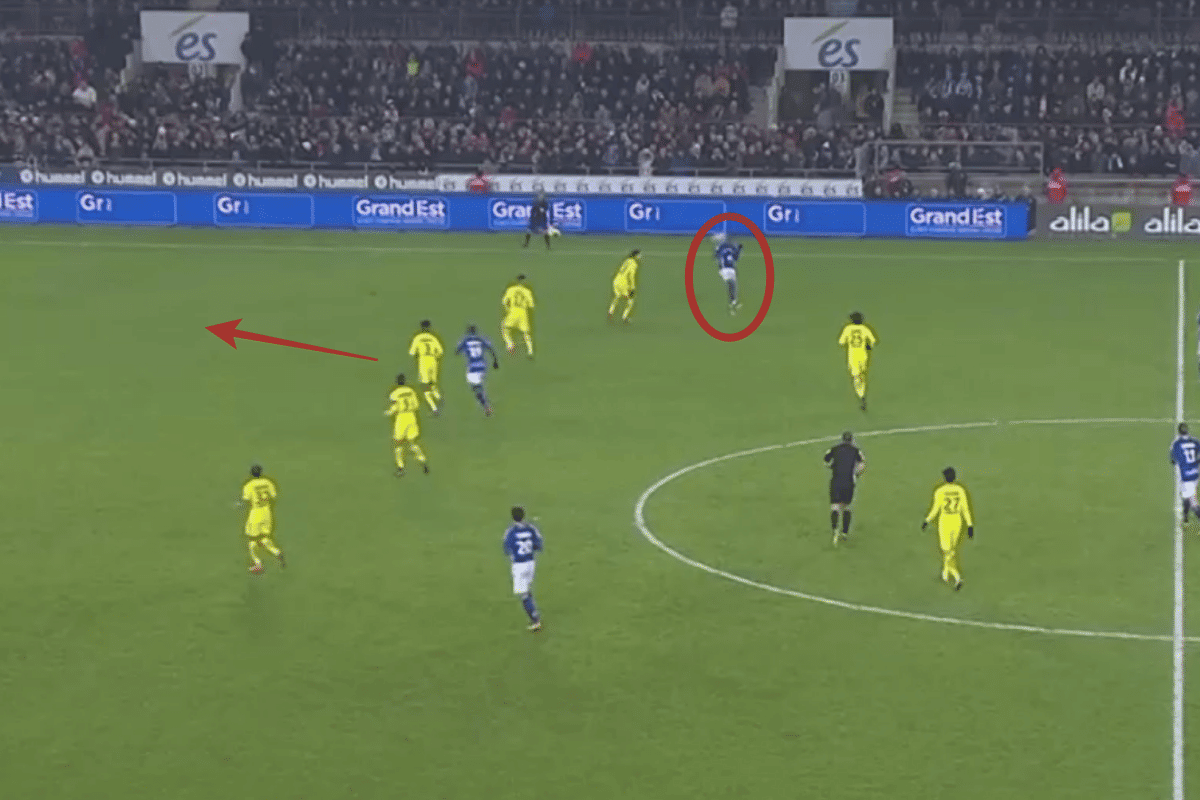 Bahoken still has work to do. With four PSG defenders chasing him, he eludes them all with a pacey, powerful strides. 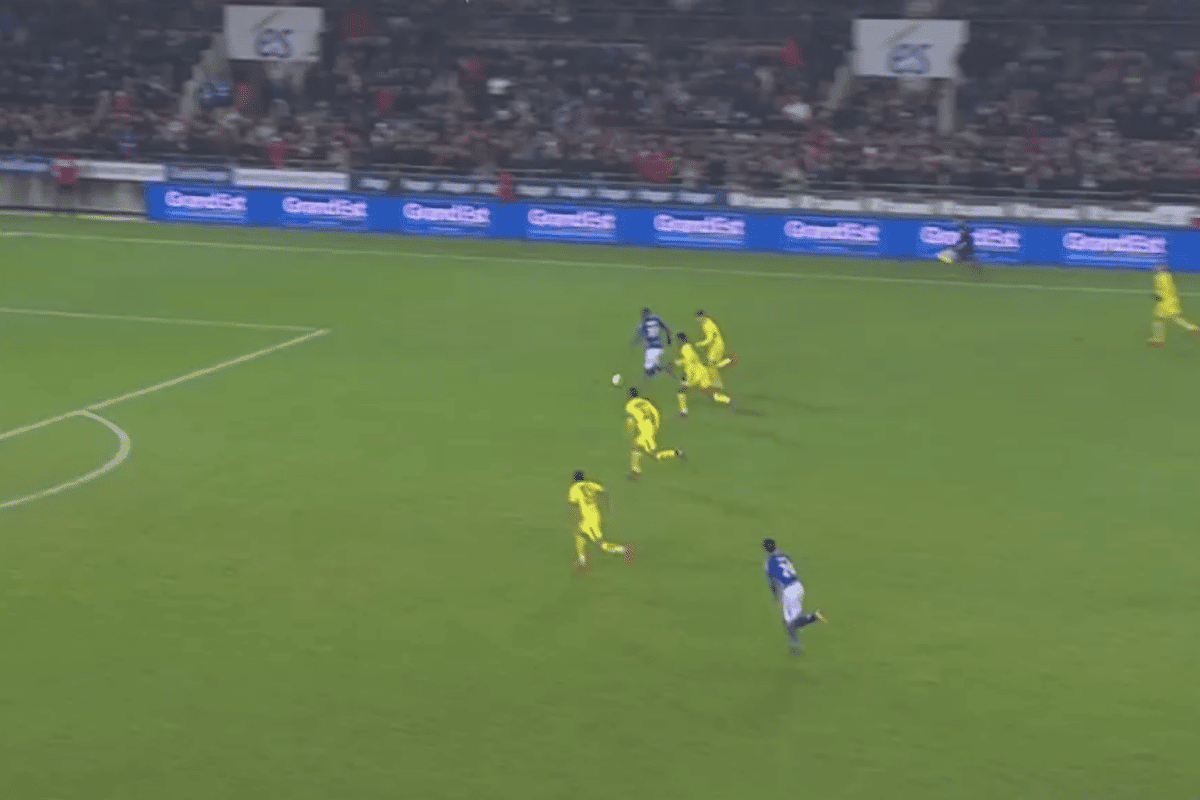 Keeping his composure as he bears down on goal, the striker unleashes an unstoppable right-footed effort into the roof of the net to give Strasbourg three precious points. 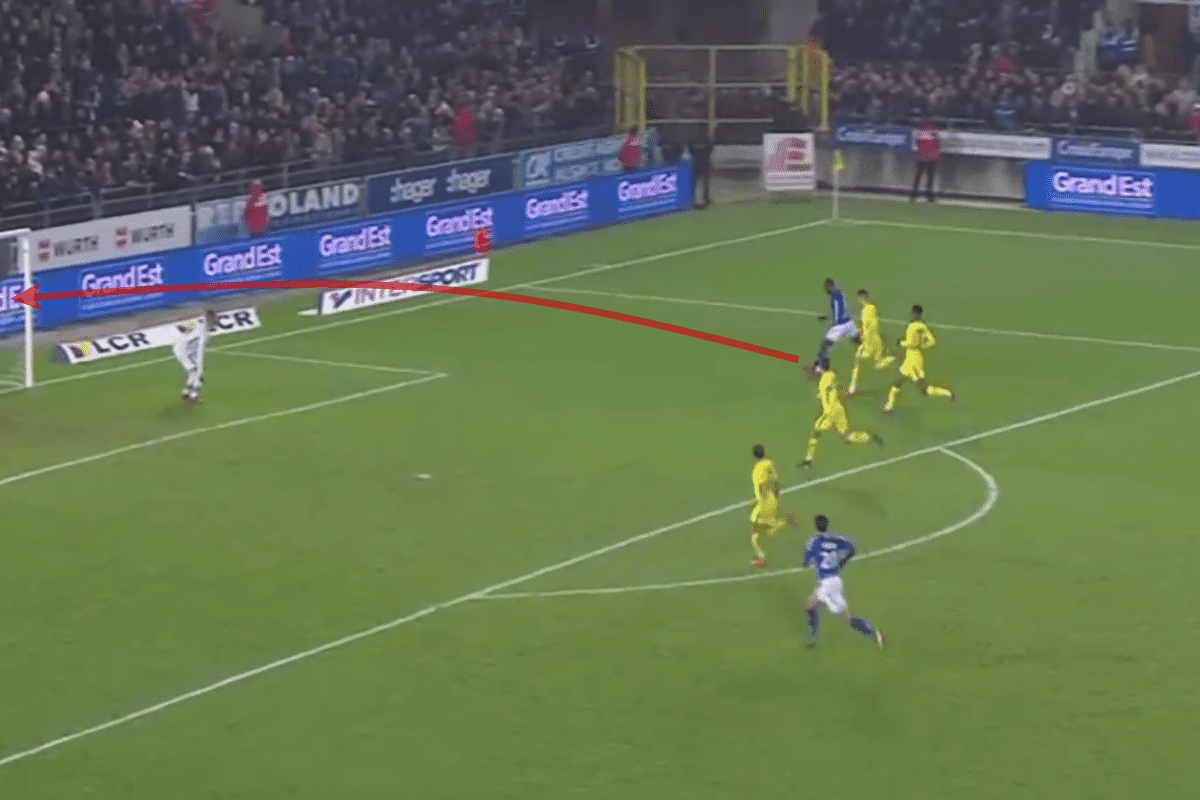 The previous examples are eye-catching snapshots of what Bahoken can offer: pace, movement, clinical finishing. He has six league goals in total this season, but that is a respectable return for a club currently lying 16th in Ligue 1 – and it's been enough to earn him his first cap for Cameroon.

With unfinished business in this part of the world, Bahoken could prove to be Brighton's next shrewd investment, joining their stable of bargain ballers that includes Pascal Groß, Davy Pröpper.