José Mourinho was under no illusions about who was the better side in Sunday’s match at Anfield.

“Liverpool are the better team,” he accepted. However, the Portuguese manager — whose team sit sixth in the Premier League, two points away from tenth — also said something a little more eye-catching.

“In spite of that, we were in the game until we concede the third in a moment where the most obvious result was a draw,” he said, also referring to a period in the game when Liverpool’s centre-backs were taking shots from distance.

Mourinho’s post-match press performances weren’t ones where he was trying to avoid blame, though. “Because I am more than happy [with the effort his players put in] I assume the responsibilities of the defeat and I want them to be hidden behind me,” he said.

So what does he mean by the game being even until the 80th minute, when Xherdan Shaqiri scored his second and Liverpool’s third?

Unsurprisingly, there’s no comparison between the teams in possession stats.

Even just looking at final third passes — cutting out meaningless piddling about in midfield — Liverpool blew United out of the water across most of the match. 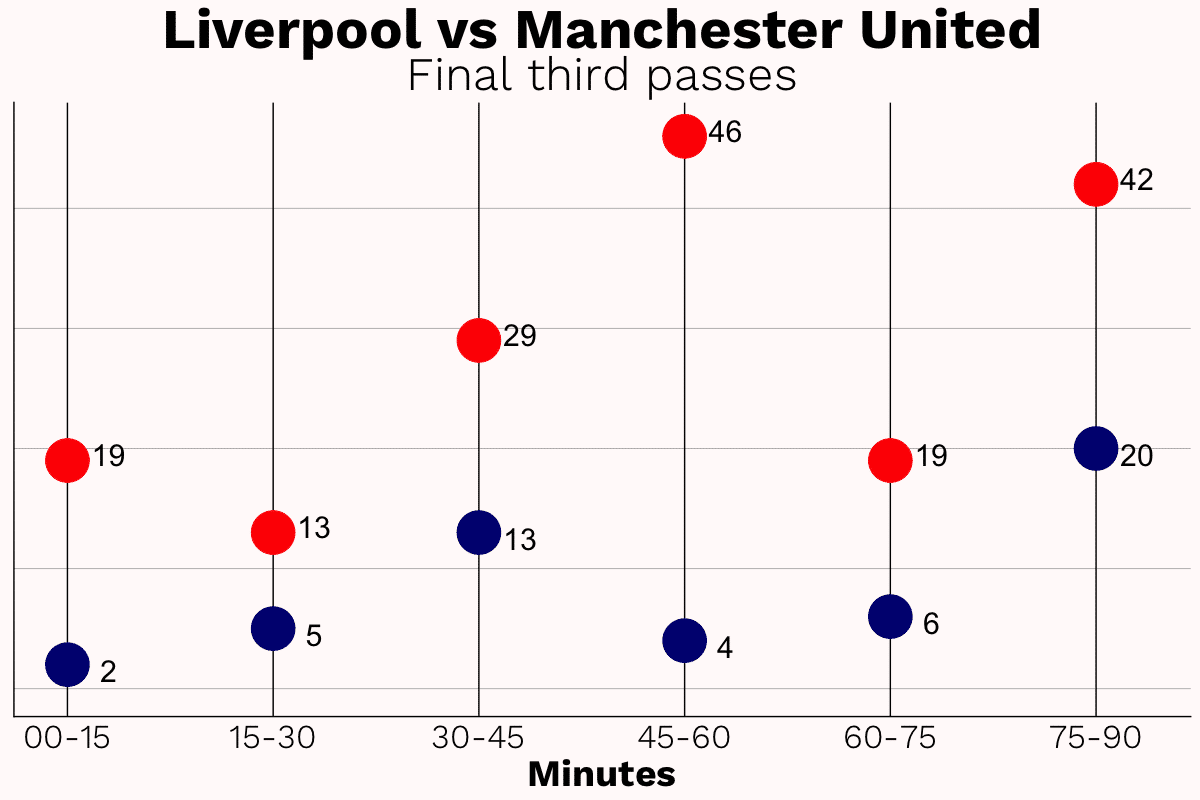 But we know Mourinho doesn’t care much for possession, particularly in big games, and particularly away from home.

We also know that Liverpool did have periods of the match where they were taking shots that United wouldn’t have been worried about. You don’t take 36 shots in one game if all of them are high-quality chances. Nineteen, just over half, were from outside the 18-yard-box.

This is, almost literally, what expected goals was made for. Not all shots were created equally and some, clearly, have a better chance of going in than others.

When we look at the expected goals, we can see that Manchester United were, indeed, in the game at one point of the match. But it was only for the 15 minutes before half-time. 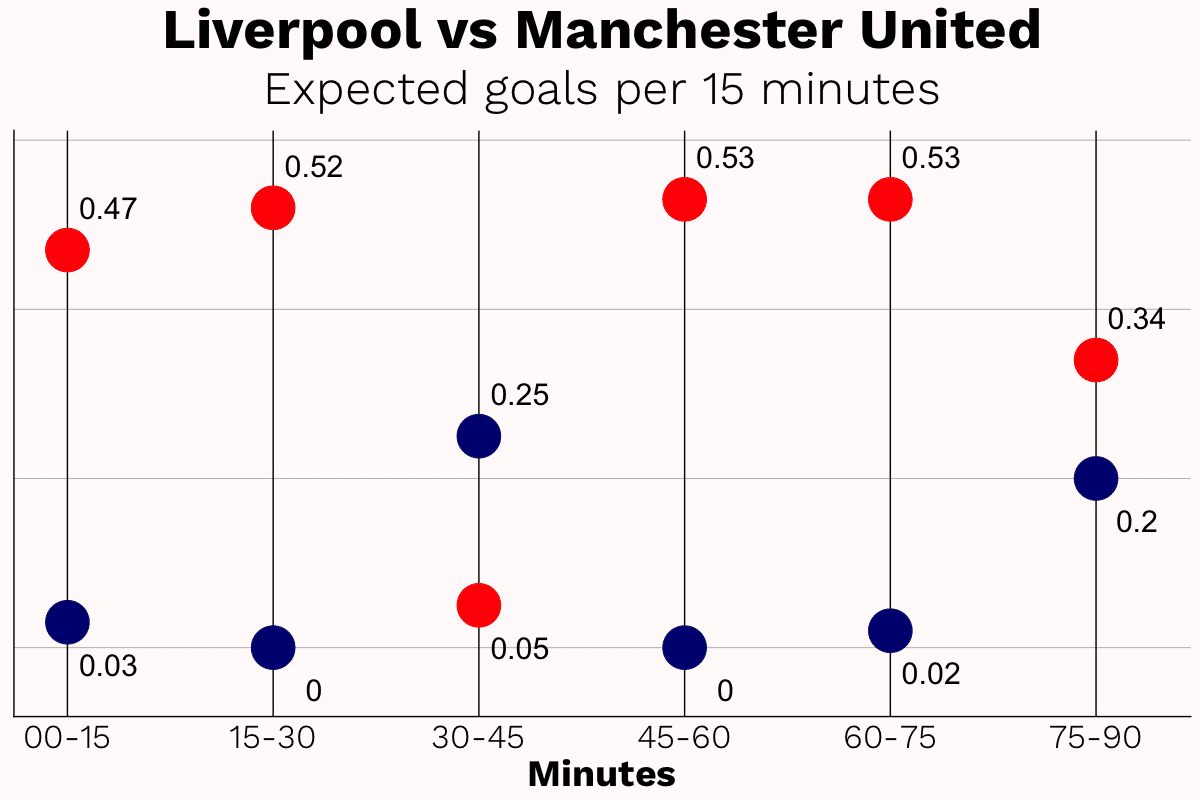 While Liverpool may have taken a lot of shots from distance after the break, they also took a number from inside it, and created more than one expected goal in the half hour after half-time.

Meanwhile, in this second-half period of alleged parity, United created essentially nothing.

We at Football Whispers decided to look at each fifteen-minute chunk of time individually, rather than a sum of expected goals through the match, to give Mourinho a fair crack.

Liverpool could have raced ahead, in terms of chance creation, in the first twenty minutes or so. Mourinho certainly thought so, citing that as the period when United couldn’t cope with the Reds’ intensity. If they’d racked up a lot of expected goals in that twenty minutes, it would have skewed the total xG for the whole match.

But this way we can see the period that Mourinho has specifically cited as being ‘in the game’.

Not only did United fail to stop Liverpool from creating chances sufficiently, they also failed to create any half-decent opportunities of their own.

What does Mourinho’s version of ‘in the game’ look like? Unless it means ‘not conceding despite giving away a number of chances’ then we don’t know.

Mourinho’s one small victory — not that he looks at the stats of course — is that he was at least almost correct when he said: “We had as many chances as them in the last 15 minutes.”