Things haven't gone to plan for Manchester United so far this season. The Red Devils are already struggling to keep apace with Liverpool and Manchester City at the top of the Premier League table and were dumped out of the Carabao Cup by Championship Derby County.

The current turmoil at Old Trafford has led to speculation over the future of manger José Mourinho and several of his top players – not least Paul Pogba, who has been informed by Mourinho he will never captain the club again.

But amid all this uncertainty, there is at least one heartwarming success story for United this term: the return to form and fitness of Luke Shaw.

The 23-year-old full-back was believed to be on his way out of the club in the summer, a fringe figure in the first-team squad and the constant subject of Mourinho's ire.

It seemed for a while that the England defender would never recapture the kind of form he showed prior to suffering a career-threatening leg break in 2015. 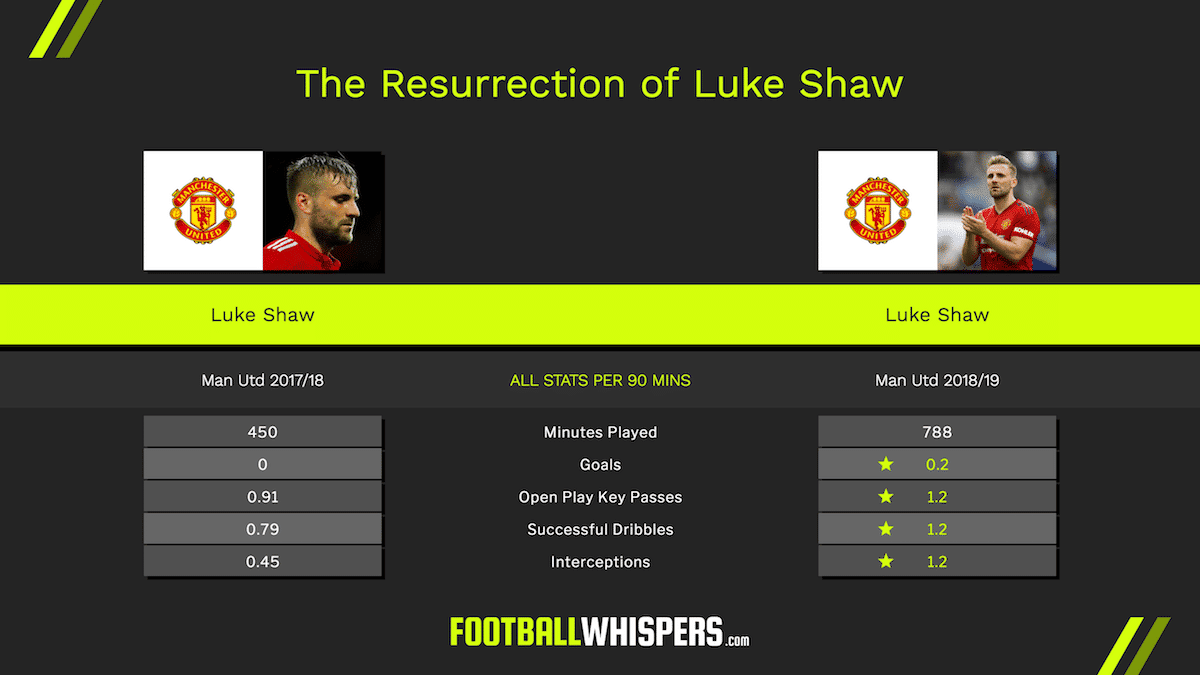 However, right from the start of 2018/19, Shaw has been intent on proving his doubters wrong. He has been United's most consistent performer so far this season, even netting the first goal of his career in the opening game against Leicester City.

As the above graphic shows, Shaw has already played more Premier League minutes this term than he managed in the entirety of 2017/18, with significant improvements made in several departments.

While United's struggles won't be easily shrugged off, Shaw is certainly doing his part to get the Red Devils back on track.