Crystal Palace’s decision to sack Frank de Boer after four games is a sign of just how important staying in the Premier League is nowadays.

Normally, you would expect a new coach to be given time to settle in, but de Boer was not afforded that.

Given the previous Eagles managers were , Tony Pulis, Neil Warnock, Alan Pardew and Sam Allardyce, it was always going to take time for the Palace squad to adapt to a completely different way of football brought by the Dutchman.

But a disastrous start of four Premier League games, four losses and no goals meant de Boer became the first managerial casualty of the English top flight, with Roy Hodgson set to replace him – a boss who fits the mould of the previous managers much better.

Of course, the key statistic for the Palace board will have been the no points and no goals.

That meant they were the first team to lose their opening four matches without scoring a goal in Premier League history.

In fact the last team to do so in the English top flight was Preston North End in the 1924/25 season.

Chairman Steve Parish’s tweeted yesterday saying: “We are 4 games in, it's a terrible start but we have to stick together.”

But sticking together clearly didn’t mean sticking with de Boer.

While there may have been no goals, there were definitely more attempts at goal under the Dutchman than there was in the 2016/17 season, so you can’t accuse Palace of not having a goal threat.

They created nine chances per game under de Boer, compared to 8.1 last season, while the shots per game also increased from 11.56 to 14.25. 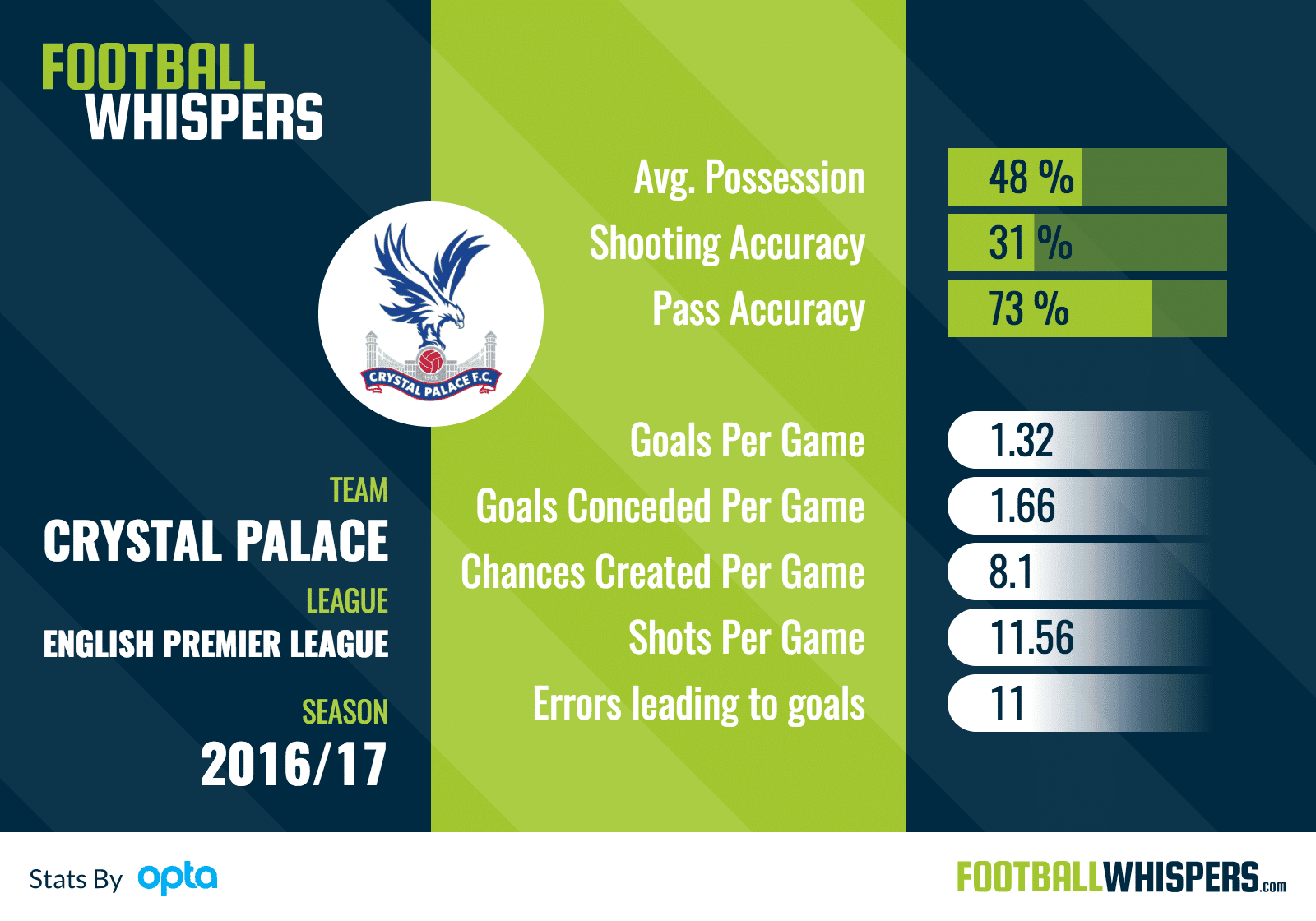 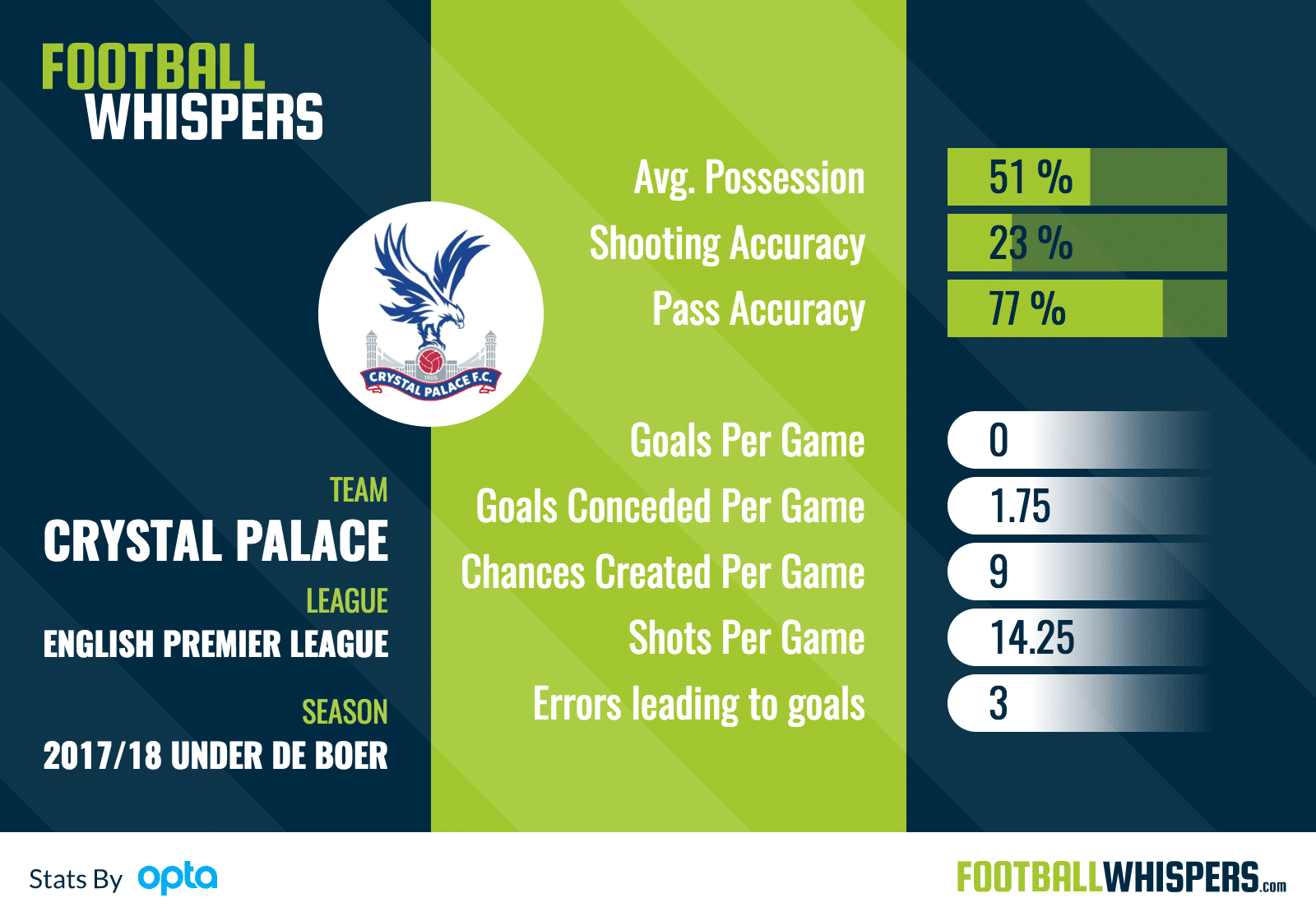 The problem was their shooting accuracy, that went down from 31 per cent to 23 per cent, and that’s largely down to individual error – de Boer couldn’t account for Scott Dann putting a late header wide against Burnley when it looked easier to score than miss.

Under de Boer, as he tried to change the philosophy at Palace, they started to average more possession, from 48 per cent last season to 51 per cent, while the passing accuracy went up too from 73 per cent to 77 per cent – and that is with a much higher average number of passes per match – 404.3 compared to 356.3.

Perhaps the most telling stat is that of individual errors leading to goals, just like Lee Chung-yong's disastrous backpass against Burnley.

Last season for the Eagles, that was 11. So far this campaign, it is three. If they carried on making errors leading to goals at that rate over the season, they would have made 28.

While the goals scored and goals conceded per game may have been worse, de Boer was only four games in to his time, and there was a sign of a switch of philosophy and play.

Palace were creating more chances, having more of the ball, and making more passes.

Individual errors at both ends have cost Palace in the first four games but it is de Boer who has paid the ultimate price.

Have #CPFC made the right decision in sacking Frank de Boer?